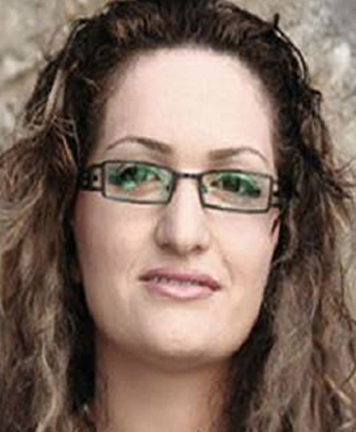 TEHRAN, Iran (BP) — A female Christian convert who worked with Saeed Abedini planting house churches years ago in Iran is on a hunger strike and near death in the harsh Evin prison in Tehran, Iran, the freed pastor told Baptist Press.

Nasim Naghash Zargaran, also known as Maryam, was one of the first persons who converted to Christianity under Abedini’s counsel [16 years ago], he told BP, and shortly after Abedini’s 2012 imprisonment was arrested because of her vigilant evangelism. Denied proper medical treatment for the heart condition atrial septal defect, diabetes, severe pain and other complications, the 36-year-old Zargaran entered a hunger strike May 26 or 27 after already having lost 55 pounds.

“She’s just one step from death,” Abedini told BP today (June 3). “She was [nearly] the first person … who actually became a Christian with me. She became one of my main church leaders in Iran. … She was part of my ministry … and her punishment is just because of assisting me.”

Yet the Iranian government’s softer tactics to stop Christianity there, including bribery, threats, financial persecution, interrogations and church infiltration, have done more to halt the spread of the Gospel there than imprisonments, Abedini said. An American citizen from Boise, Idaho, Abedini was freed in January after serving three-and-a-half years of an eight-year prison sentence for planting house churches in his native Iran.

“You can’t see any organized churches in Iran today,” Abedini said. “There [are] some house churches there, but they’re not very organized. Persecution has been so strong last years but no one talked about it. They [government officials] have been successful.”

Abedini spoke with Zargaran’s sister Naeemeh by telephone June 1, he said, and learned of Zargaran’s deterioration.

Iranian prison officials took her briefly to the hospital in the midst of the hunger strike as she appeared to be comatose, after which Zargaran resumed drinking water but continued to refuse solids, Abedini said.

“[Naeemeh] told me when she went to hospital she had a chance to take some photos. She was like in a coma so she thought that her sister was dead first when she saw her,” Abedini told BP. “The doctors said she should stay in hospital but the police [took] her back to prison … two days ago.”

Zargaran is severely underweight and suffering many complications, Abedini said, including arthritis, severe headaches and earaches, and dizziness. She is serving a four-year prison sentence that officially began July 13, 2013, Morning Star News reported, when she was found guilty of “threatening national security” by planting house churches.

On May 29, fellow prisoners in Zargaran’s ward for women prisoners supported her by refusing to receive visitors, Morning Star reported.

The Iranian government has been successful in largely preventing the spread of the Gospel in the country, Abedini said.

At other times, new Christian converts are bribed with money or promises of professional success to share valuable information with the government regarding churches, Abedini said. As a result of economic persecution, such as the loss of employment, and frequent interrogations by Iranian police, Christians typically flee the country for their safety and livelihood, Abedini said.

“They don’t kill people. They don’t arrest people. The last thing they do is arrest you,” Abedini said of government persecution of Christians, with arrests coming after all other attempts at control fail. “If they find they can control them, they never arrest them.”

Abedini returned to his home in Boise, Idaho, in February and has resumed his evangelism through Saeed Ministries.

Other Christians in Iran

As recently as May 13, Iranian police raided 10 house churches in Rasht northwest of Tehran, Morning Star said. Included in those raids was the home of pastor Youcef Nadarkhani, sentenced to death in 2010 for apostasy, but released in December 2013 after his charges were reduced.

Nadarkhani and his wife Fatemah Pasandideh were interrogated “for a considerable amount of time” and told to either leave the country or refrain from evangelism, the religious liberty advocacy group Middle East Concern told Morning Star.

“His wife was more or less threatened, not openly, but they implied that her family could suffer if they continued like this,” Middle East Concern regional manager Rob Duncan told Morning Star. “Once you remove the leadership, the sheep are basically without shepherds, and easier to control by the government authorities, and easier to threaten.”