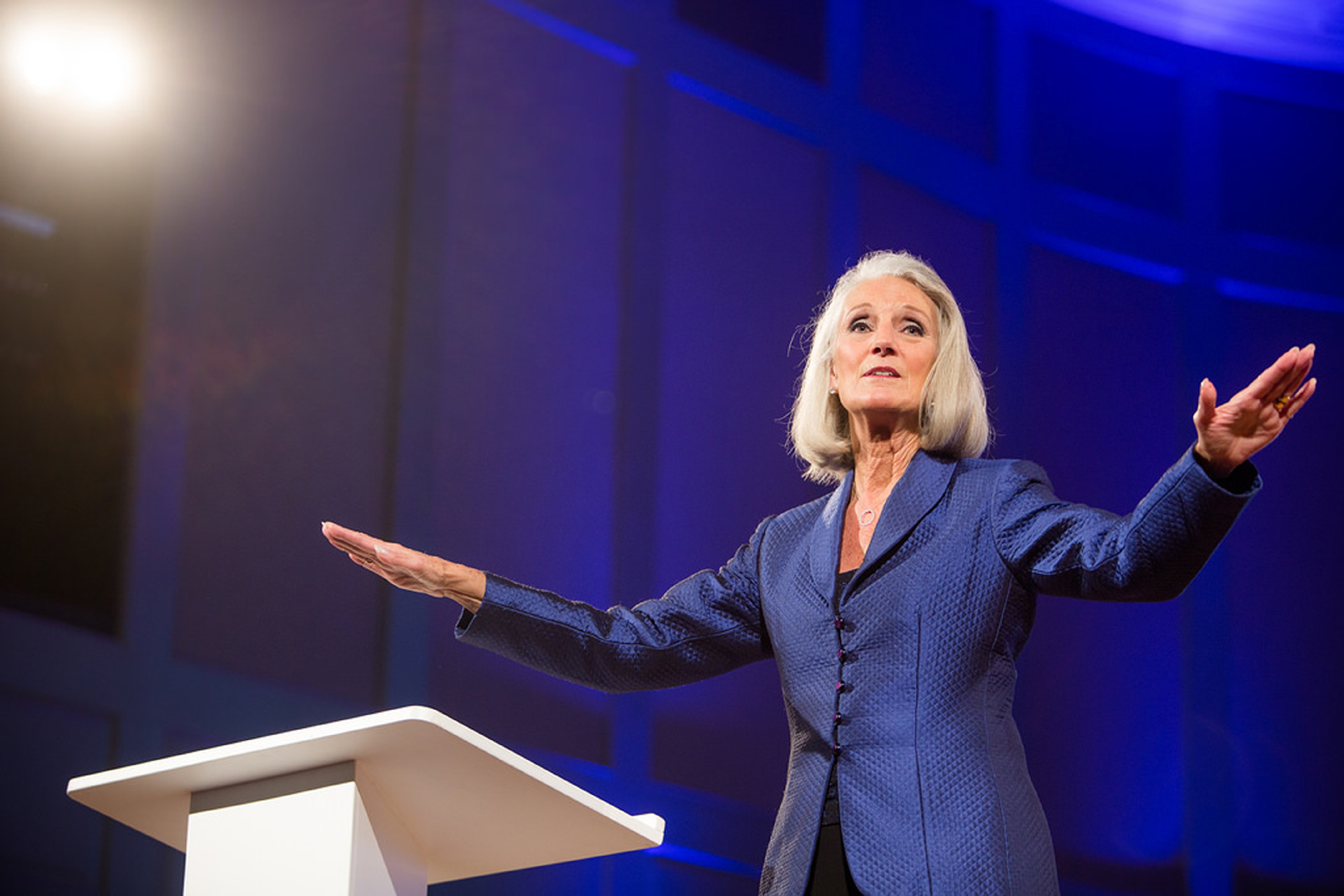 WAKE FOREST, N.C. (BP) — Anne Graham Lotz encouraged listeners at Southeastern Baptist Theological Seminary to be like Daniel who was compelled to pray, centered in prayer, and persistent in his petitions.

To open the evening, Lotz expressed thanks to everyone who has supported her family since the passing of her late husband, Danny Lotz. “I know many of you have been praying for me and my family,” she told the crowd at the seminary’s Binkley Chapel in Wake Forest, N.C. “The Lord has heard your prayers, and we are doing so well.”

Lotz also gave an update on her father saying that at age 97 he was doing well and is stronger than he has been in some time.

Speaking from Daniel chapter nine, Lotz posed a question, “What can one person do when we’re faced with a mess or a disaster?”

“Our world is in a mess,” Lotz said. “My challenge to you tonight is … wrap your mind around your sphere of influence — your family, your church, your nation … and [say] God I will not let you go until you bless those who are in my circle.”

Lotz outlined a pattern of prayer exemplified in the life of Daniel, specifically in chapter nine when Daniel pled to the Lord to deliver his people.

Like Daniel, Christians should pray the promises of God back to the Lord. “Daniel was compelled by the promises in God’s word,” she said. “So I don’t know what the problems are in your world, but whatever they are would you ask God to give you the promise to match it and then pray those to him?”

Lotz explained how Daniel centered on God in his prayers, turning from everything else to focus on God. We likewise, she said, should put everything else aside and get in our quiet places to petition the Lord in prayer.

Daniel also prayed for forgiveness of the sins of Judah in a very unique way, she said. “He was so identifying with the sins of his people that he took them upon himself,” Lotz said. “He stopped pointing the finger at them. He stopped blaming others, and he took on the sin of his people as though it were his own.”

In closing, Lotz urged listeners to continue in prayer until an answer comes. “My challenge to you this evening is, what difference does the prayer of one person make,” she said. “You’re not going to know until you choose to be that one person. Would you pray until God delivers his people and takes them home?”

Lotz speaks around the world seeking to bring revival to the hearts of God’s people. Once named one of the five most influential evangelists of her generation by the New York Times, Lotz has held revivals in more than 30 cities and 12 countries through her organization, AnGeL ministries.

She is the best-selling and award-winning author of several books, including “Wounded by God’s People,” “Fixing My Eyes on Jesus,” “Expecting to See Jesus” and “Heaven: God’s Promise for Me.”

Lotz spoke on material from her newest book, “The Daniel Prayer,” which will be released in May of 2016.