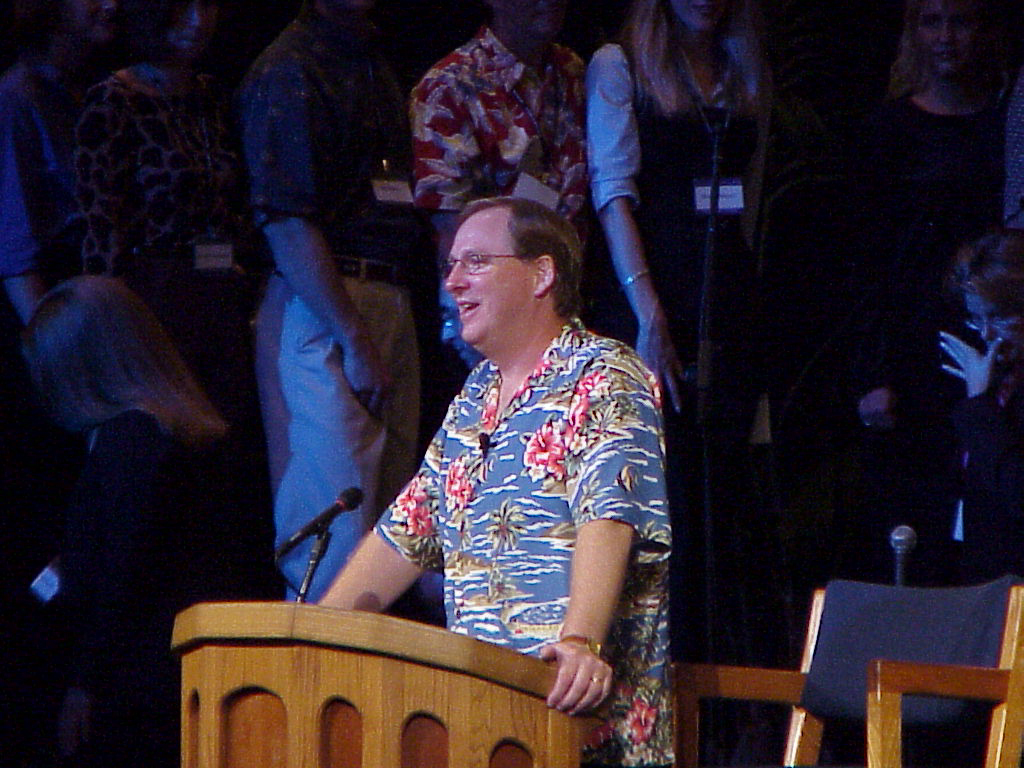 LAKE FOREST, Calif. (BP)–If you intend to be a biblical preacher, your messages must always be life-oriented, not information-oriented, said Rick Warren, founding pastor of Saddleback Valley Community Church in Lake Forest, Calif.

“The Bible is not a history book; it’s a manual for life,” said Warren, speaking before more than 1,500 pastors from 14 countries at Saddleback’s annual “Preaching for Changed Lives” conference Feb. 6-8. “But some of us are more familiar with the streets of Jerusalem than we are with our own cities, and so we’ve made biblical interpretation an end in itself. This is why our churches are filled with far more believers in the Word than doers of the Word.”

Warren said the number one problem with today’s preaching is that it lacks application. “Application-less preaching is why there is no difference between the way many Christians and non-Christians act,” he said. Preaching without application only “puffs up” a congregation, leading to pride and judgment, he said.

Even Romans, the most doctrinal book in the New Testament, is 50 percent application, Warren said. One of the reasons preachers leave off application, he said, is because they assume people will make the necessary applications. Warren said he’s learned that isn’t true.

While preaching should never be pure commentary, Warren also warned against communicating the latest fads. “A lot of seeker-preaching doesn’t have enough Bible in it,” he said, commenting that some sermons he’s heard could just as easily have been self-help lectures.

“The message must never change, but the methods must be constantly changing as we communicate with each new generation,” Warren said. “If you change the message, there’s a word for that — it’s called ‘heresy.’ On the other hand, some of you would like to preach like Spurgeon, but you don’t have Spurgeon’s audience! Spurgeon’s messages fit Spurgeon’s times, and I would suggest that if he were alive today, he would change his methods to reach this new generation.”

Warren warned that some preachers try too hard to make the Bible relevant. “We don’t have to make it relevant; rather we need to show its relevance,” he said. “The Bible is way ahead of its time.” Sermons based on the Bible are not full of the latest theories nor are they simply commentary on the ancient text, but instead they teach timeless principles, Warren said.

“I ask, ‘Who am I preaching to?’ before asking, ‘What should I preach on?'” Warren said. “My goal in preaching is to move the listener from where he is — over to Christ.” That’s why it’s important to know your community and where they are, so you can then lead them to where they need to be, Warren said.

Starting as a church plant in 1980, Saddleback Church has grown from four members to one of the largest Southern Baptist churches in the country.
–30–
Walker is editor of Rick Warren’s Ministry Toolbox, which is available through the website www.pastors.com. (BP) photo posted in the BP Photo Library at http://www.bpnews.net. Photo title: RICK WARREN PREACHING AT SADDLEBACK.