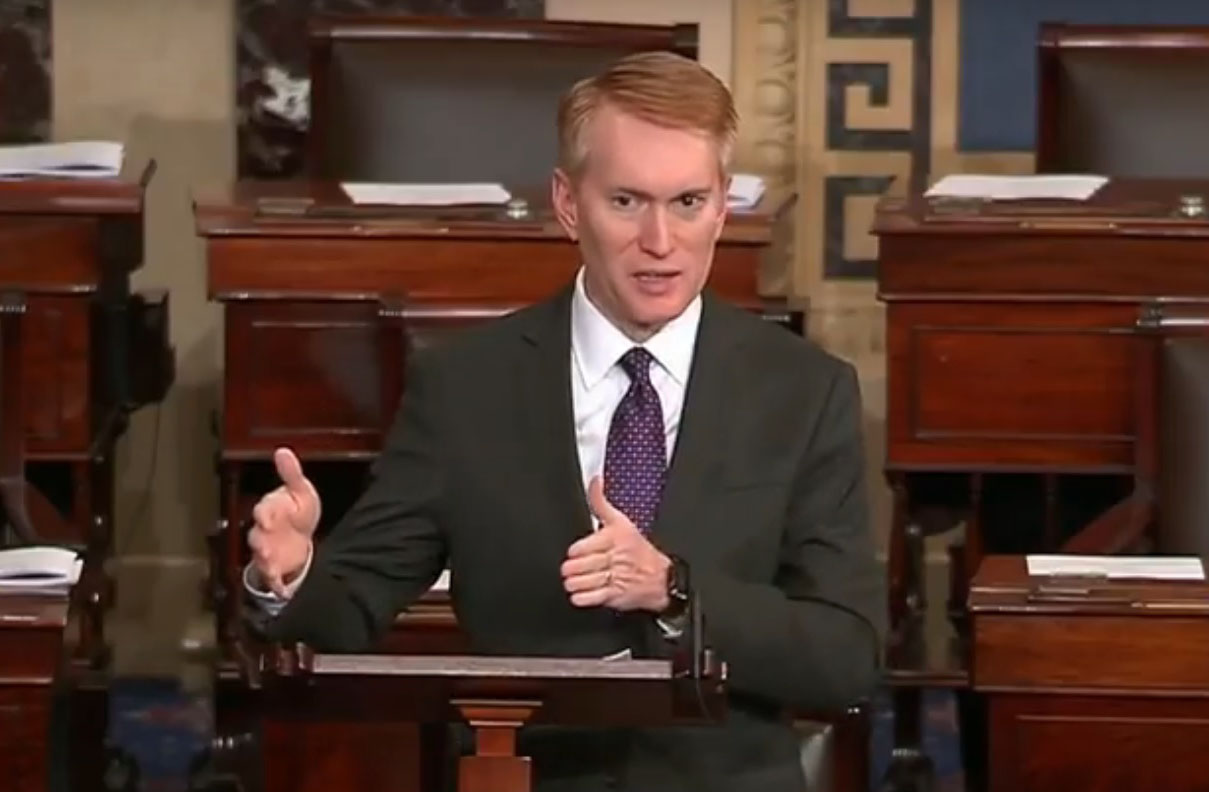 WASHINGTON (BP) — Southern Baptist voices are addressing the U.S. Senate’s current effort to resolve the fate of undocumented immigrants brought to this country as children.

Senators began yesterday (Feb. 14) moving toward votes on legislation to address the category of undocumented immigrants known as Dreamers, as well as other parts of the tangled web of immigration that Congress has failed to address in recent decades. The Senate is expected to make decisions on a series of amendments in an attempt to agree before the Presidents’ Day recess (Feb. 19-23) on a bill that will have the support of 60 senators and thereby overcome an effort to block passage under the chamber’s rules.

The Senate is deliberating as a critical deadline for Dreamers nears. On March 5, a program known as Deferred Action for Childhood Arrivals (DACA) — which has given about 800,000 people relief from deportation — will expire. If no legislative resolution is achieved by that date, an estimated 1,000 people a day will lose their protection from deportation. Two federal judges — one in New York and another in San Francisco — have temporarily blocked the Trump administration from ending DACA, however.

Other issues that may be addressed include border security and family based immigration.

Southern Baptist ethicist Russell Moore told Baptist Press in written comments, “The overwhelming majority of American people agree on both the problem and solution when it comes to Dreamers. I urge Congress not to kick this down the road or ignore those in jeopardy.

“Personal ambition or political calculation should never pave over the lives of people created in the image of God,” said Moore, president of the Ethics & Religious Liberty Commission (ERLC). “My prayer is that elected officials will have a conscience shaped by care for people and will do the right thing.”

The ERLC said Feb. 13 in a policy document its priorities heading into the Senate debate remain “a permanent solution for eligible Dreamers, ensuring America’s border is secure, and maintaining the integrity of families.”

While it is neutral on some issues, the ERLC said, “Central to our vision for reform is a rejection of the idea that our commitment to both Christian compassion and respect for the rule of law are irreconcilable. As a country, we advocate for a fair and just solution for the undocumented young men and women, not just because it is the ‘right thing to do,’ but because it accords with biblical principles.”

Among its priorities, the ERLC supports:

— A path to permanent legal status or citizenship for Dreamers.

Since Dreamers did not break the law when brought to this country, “Subjecting them to deportation or lives of perpetual insecurity in the shadows of our communities is an offense to both the rule of law and a biblical pattern of justice,” according to the ERLC.

“The federal government bears a God-given responsibility to ensure the security of our nation,” the ERLC document said. “Border security is a critical component to reform our immigration system so that our country is less vulnerable to illegal immigration moving forward.”

The ERLC said it is concerned “about calls to end so-called ‘chain migration,’ which is a misleading way to characterize our nation’s family reunification system.” The document voiced “serious concerns about removing parents and adult children from eligible family preference categories. The biblical command for children to honor their father and mother is a lifelong familial responsibility.”

Sen. James Lankford, R-Okla., a Southern Baptist, explained on the Senate floor Feb. 12 one of the proposals being offered, the Secure and Succeed Act. The Republican measure fundamentally follows the four-pillar framework offered by President Trump in January. That White House proposal consists of:

— Securing the border through, among other proposals, a $25 billion trust fund for a southern border wall system and improvements on the northern border, as well as increased removal of some in the country illegally.

— A 10- to 12-year path to citizenship for Dreamers who meet work, education and character requirements.

— Eliminating the visa lottery for countries with low rates of immigration to this country.

Lankford, a co-sponsor of the Secure and Succeed Act, told his colleagues the president gave the country “a great gift … a deadline.”

“Immigration for two decades has been well known to be a problem, but there has been no deadline,” Lankford said. “The president set the deadline of March 5th to have this resolved. We’re nearing that now. It’s time to move from just debating this in the hallways and in our offices to debating it on the floor of this chamber and trying to get this resolved.”

Some other proposals being presented have the support of both Democrats and Republicans.

Southern Baptists have spoken out in recent months on the need to provide a permanent remedy for Dreamers and continue to do so.

In early October, ERLC President Russell Moore brought together 51 evangelical leaders — including four former SBC presidents — in a statement endorsing “the underlying policy aim” of DACA “because we believe this is a special category of immigrants who are not legally culpable, who in most cases have no home other than the United States, and who are a blessing to their communities and to their churches.”

James Merritt, one of the former SBC presidents to sign the statement, wrote in an op-ed that justice in the Bible “not only enforces the law but also considers the plight of the victim and seeks to make things right. We don’t make things right by punishing Dreamers who were brought here as children. We make things right by considering those affected and imperiled by our broken system, and by making a legal pathway for them to earn citizenship and to live productive lives that contribute to our economy and communities.”

Moore and some Southern Baptist pastors urged the Senate to provide relief for Dreamers at a Feb. 7 news conference on Capitol Hill.

Alan Cross — a Southern Baptist minister who serves as a missional strategist with the Montgomery (Ala.) Baptist Association and as a consultant with the Evangelical Immigration Table in the Southeast U.S. — told Baptist Press Feb. 14, “I hope we come to an agreement in Washington where Dreamers can be granted an earned pathway to citizenship, where our borders are secure, and where immigrant families can be reunified and thrive together.

“I’d have to say that my greatest hope in all of this is to see the church in the South pivot toward the sojourner in our midst with the Gospel, love and good deeds, and to speak on their behalf,” Cross said.

Rod D. Martin — a technology entrepreneur, a member of the Florida Baptist Convention’s State Board of Missions and the 2016-2017 chairman of the SBC’s Committee on Order of Business — expressed some concern to Baptist Press about the effort on Dreamers.

“DACA is a hard case, because many of the people involved were brought to America as children,” Martin said in written comments. “But it’s important to remember that many [who would be covered by Trump’s proposal] came deliberately and alone as older teenagers, and that most are now in their late 20s or 30s. While their circumstances are certainly sympathetic, these are people old enough to realize they’re breaking the law and to have done something about it for years now.”

Martin, who said he strongly supports legal immigration, said he “was happy with the president’s compromise proposal to offer a path to citizenship for three times as many of these young people as the Democrats have demanded. [Senate Minority Leader] Chuck Schumer has rejected that compromise because his party is counting on a flood of illegal immigrants to become voters, replacing the millions of likely Democrat voters they’ve aborted since Roe v. Wade. The only way they can avoid the long-term electoral consequences of that sin is to flood the system.”

Cross said in a Feb. 5 piece for the Biblical Recorder, the newsjournal of the Baptist State Convention of North Carolina, many of the Dreamers he knows are Christians. “They do not want to be lawbreakers but rather, they want to be right with the law and go on to live a productive life in the only country they know,” he wrote.

Messengers to the 2011 SBC meeting in Phoenix approved a resolution on immigration reform that called for the advancement of the Gospel of Jesus while pursuing justice and compassion. The measure urged the government to make a priority of border security and hold businesses accountable in their hiring. It also requested that public officials establish after securing the borders “a just and compassionate path to legal status, with appropriate restitutionary measures, for those undocumented immigrants already living in our country.” It specified the resolution was not to be interpreted as supporting amnesty.

The resolution acknowledged immigration reform “has prompted often-rancorous debate in the American public square.” Action on the resolution demonstrated the different views Southern Baptists hold on how to address the immigration problem. During consideration of the resolution, an amendment to remove the paragraph regarding establishment of a “path to legal status” failed in a ballot vote of 51-48 percent.

An estimated 11 million undocumented immigrants are in the United States, but efforts to enact a comprehensive measure have failed repeatedly.

In 2001, members of Congress proposed for the first time the Development, Relief and Education for Alien Minors (DREAM) Act — hence the name Dreamers for those in this category of undocumented immigrants. The measure gained reintroduction several times thereafter without passing before President Obama established DACA by executive order in 2012 to protect undocumented immigrants who arrived in this country before their 16th birthday.

The Trump administration announced Sept. 5 it would end DACA but also instituted a six-month delay for Congress to act.

The House of Representatives is working on its own version of legislation to address Dreamers and other immigration issues.

The ERLC document on its priorities for the Senate debate is available at https://erlc.com/resource-library/articles/erlc-priorities-for-the-senate-dreamer-debate.