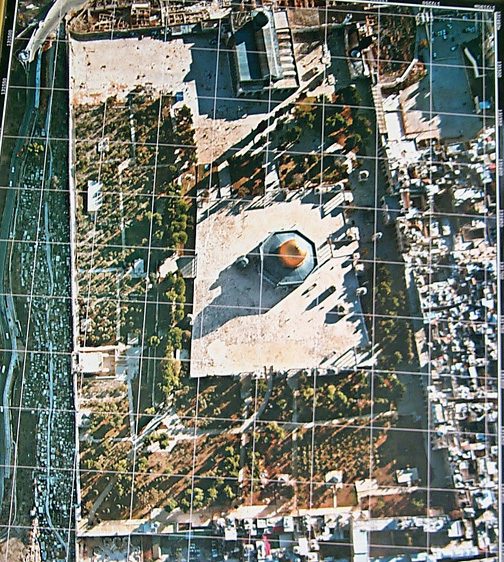 WASHINGTON (BP)–A move in Congress is seeking to cut off U.S. aid to the Palestinian Authority until it halts destructive excavations of the Temple Mount in Jerusalem.

The Temple Mount Preservation Act, H.R. 2566, introduced by Rep. Eric Cantor, R.-Va., with 16 cosponsors, would bar all aid to the Palestinian Authority, which is chaired by Yasser Arafat, as long as it continues unauthorized excavations that have destroyed artifacts on the Temple Mount.

In introducing the bill, Cantor provided photographic evidence of massive destruction of archeological sites by the P.A.

Bulldozing of the Temple Mount, including the destruction of antiquities that date back to the time of the first Temple, began in early 1998, Cantor said. Those antiquities have been dumped in the nearby Kidron Valley and, according to some reports, sold on the black market, The Jerusalem Post reported.

The excavations have occurred under the authority of Arafat and Mufti Ikrima Sabri, the Muslim administrator of the mount.

Cantor described the excavations as “one of the most unprecedented attacks on religious heritage of our time.”

“Thousands of years of Judeo-Christian heritage is under siege at this most sacred of sites to Christianity, Judaism and Islam,” Cantor said in introducing his bill July 19. “Anybody with any reasonable perspective would hold that the Temple Mount should be preserved and any disturbance thereon closely monitored.”

The Temple Mount was the site of the temple built by King Solomon and the rebuilt temple that stood during Jesus’ earthly ministry. The Dome of the Rock, a Muslim Mosque, is now located on the mount.

The destruction of Temple Mount artifacts apparently is another step by Arafat and the P.A. to rewrite the history of the Jews as one bereft of any connection to Jerusalem. In 1998, Sabri declared Jews have no right to the Temple Mount, Cantor said. Sabri also said recently, “There is not the smallest indication of the existence of a Jewish temple on this place in the past. In the whole city, there is not even a single stone indicating Jewish history,” according to a report in the Boston Globe. Meanwhile, Arafat has barred Jewish and Christian worshipers, as well as the news media, from the mount.

Citing photos provided by the Committee for the Prevention of the Destruction of Antiquities on the Temple Mount, Cantor said the evidence “shows that Arafat is intent on erasing Judeo-Christian connections to the holy site.”

Rep. Anthony Weiner, D.-N.Y., a cosponsor of Cantor’s bill, said, “I think it’s important that Congress understands that the Palestinians can’t be trusted on many levels, not the least of which that they can’t be trusted to preserve the important religious sites in Jerusalem. I think we need to hold them accountable … ,” according to The Jerusalem Post.

Another cosponsor, Rep. Mike Pence, R.-Ind., said, according to The Post, “[The U.S. is] a friend of Israel in the Middle East, and this is precisely the moment that a friend and partner writing the checks can speak to the recipient of those checks.”

Israel has allowed the Waqf, an Islamic religious council, to have daily oversight of the Temple Mount since Jerusalem was united under the Jewish state in 1967, Cantor said. After the Oslo Peace Accords of 1993, however, Arafat replaced the Jordanian-affiliated officials of the Waqf with Sabri, the congressman said.
–30–
(BP) photos posted in the BP Photo Library at http://www.bpnews.net. Photo titles: TEMPLE MOUNT (low-res), BEFORE; TEMPLE MOUNT, NOW, #1 (low-res); TEMPLE MOUNT, NOW, #2 (low-res); PILLAGED PILLARS; ARCHES #1 and ARCHES #2.