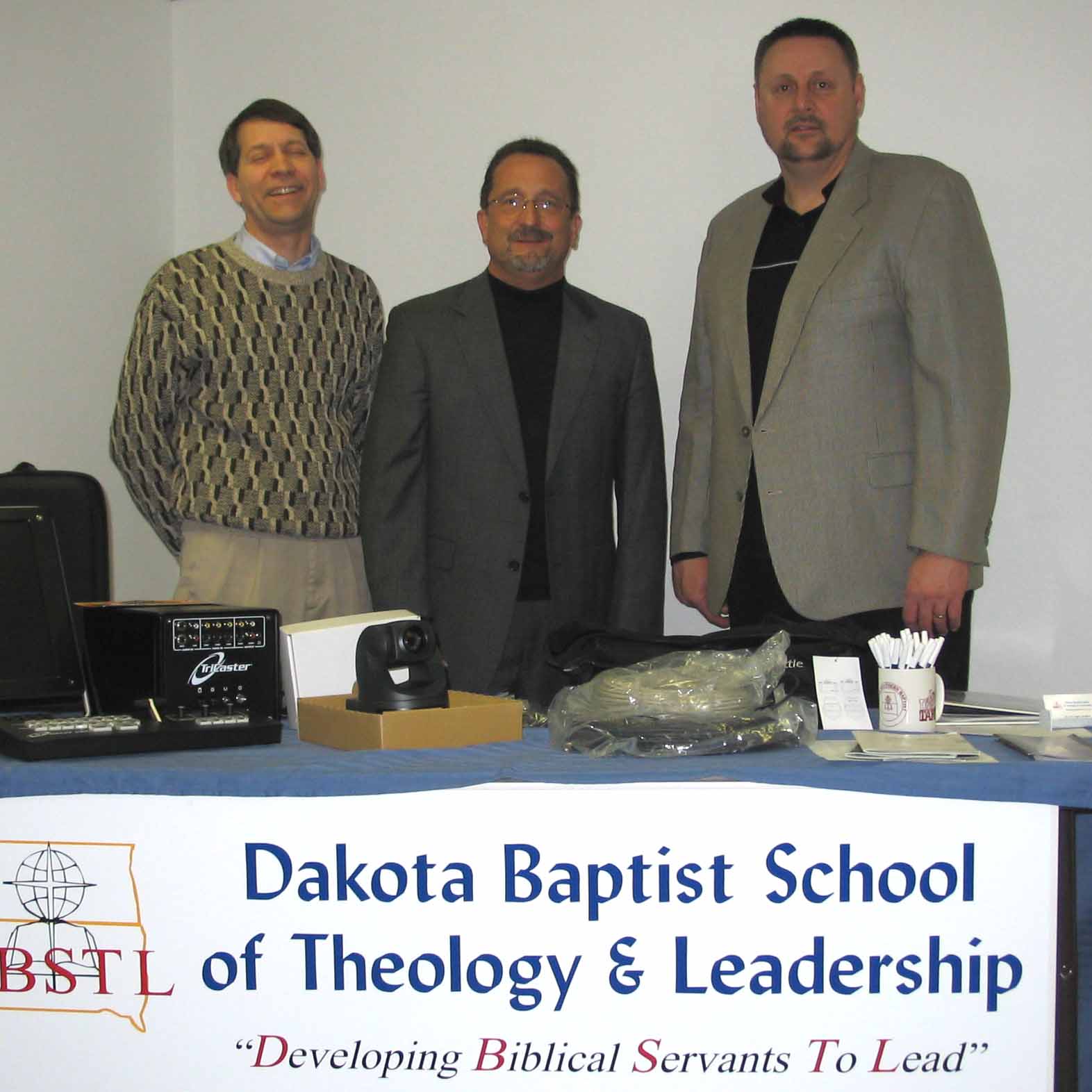 BISMARCK, N.D. (BP)–Because of the scattered populations in North and South Dakota, most pastors affiliated with the Dakota Baptist Convention typically drive at least three to six hours one way simply to attend a meeting or a conference. But convention leaders are implementing an initiative to bring ministers together in a more efficient manner.

The idea began last August when David Olford of Olford Ministries International in Memphis, Tenn., led a two-day preaching seminar at Capitol Heights Baptist Church in Pierre, S.D. The event was streamed on the Web to five locations in North and South Dakota so that ministers who could not travel to Pierre could take part.

Following the successful pilot, a partnership between the pastor of Capitol Heights, O.H. Nipper, and Olford, son of the late preaching icon Stephen Olford, was formed to provide further training for pastors in the Dakotas.

At their annual meeting, the Dakota Baptist Convention voted unanimously to establish the Dakota Baptist School of Theology & Leadership (DBSTL), which is led by Nipper and is anchored around providing seminars via streaming video on the Internet so pastors can connect online rather than spending numerous hours on the road.

With Olford Ministries providing the core curriculum, LifeWay Church Resources and a group of Southern Baptist educators are enlisting pastors to serve as adjunct professors in various disciplines. DBSTL and Olford Ministries are streaming video of Olford’s three-hour Monday night preaching seminars. The Dakota school also has permission to broadcast the seminars again each Saturday for those who were unable to catch the earlier session. The first series of live webcasts began Jan. 23.

The school also is establishing distance learning centers in the two-state region to enable bivocational pastors, deacons and leaders to travel less than two hours to participate in the online program. Because residents of North and South Dakota are scattered, high-speed Internet, which would provide optimum conditions for the webcasts, is not yet available in every home. The distance learning centers would provide the essential Internet connections.

“We believe it’s key to train pastors and lay leaders in the Dakotas, and [DBSTL] helps us to break down some of the barriers of geography … to have different sites where people can come to a virtual classroom, and allows folks to be able to log in on their own computer if they have DSL or high-speed,” Jim Hamilton, executive director of the Dakota Baptist Convention, told Baptist Press. “It really breaks down a lot of the barriers that stop us from equipping and educating our folks.”

Hamilton said pastors and lay leaders will be able to plug into the system at low cost.

The ministry plan for the school of theology and leadership includes four key values — the belief that the entire Bible is God’s truth without error; a commitment to equipping God’s people for leadership to accomplish the Great Commission; a goal of providing practical, quality education resulting in excellence in ministry; and a need for partnering with churches to advance the Kingdom of God.

A seven-member board of directors appointed by Hamilton and Nipper is charged with guiding the school as it develops contextualized curriculum, challenges students to pursue personal spiritual growth, implements practical delivery systems, looks toward accreditation and accomplishes other tasks that accompany the start of a new educational venture.

Nipper told Baptist Press God has exceeded their expectations in getting the school off the ground, especially given that once something is up on the Web, anyone in the world can take advantage of the resource.

“Our initial vision was for the Dakotas, and God has, as He always does, made it much larger than that,” he said. “To my knowledge, no one else is doing this at this time.”

No other convention is using live streaming video in a concerted effort to train pastors, Nipper said, so the Dakota Baptist Convention is breaking new ground in an effort to meet the unique needs of its leaders.

The convention has 90 churches, and nine are without a pastor, Nipper said. So out of 81 possible pastors, he considers it a pretty good percentage when 23 pastors already are participating in the webcasts.

“We’re just excited about the possibilities of where this will go,” he said.

Hamilton said many pastors in the region aren’t striving toward a degree; they simply want to take some classes to improve their skills in a particular area.

“It just helps people be better equipped to do ministry and advance the Kingdom in an area where it’s difficult to be equipped,” he said. “It’s definitely a God thing, and God seems to be doing some new things to advance His Kingdom in these days.

“We believe He’s doing some new things across the Dakotas, and it’s a cutting-edge model of equipping and education to have the virtual classroom available as well as the archived learning and online learning,” Hamilton added. “A lot of people have the model of the online learning, but there are very few places, if any, that have the virtual classroom. For us, this thing is already going global. It’s not limited to just people in the Dakotas — folks in North America and even globally can tap into us.”
–30–
For more information about the Dakota Baptist School of Theology & Leadership, contact the school at [email protected] or (605) 224-4360.