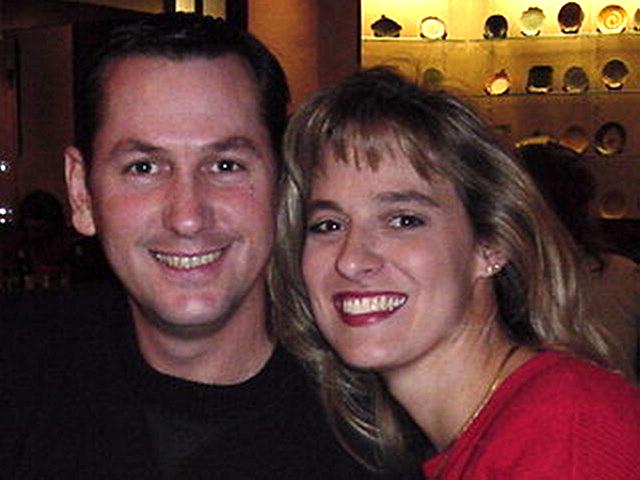 NASHVILLE, Tenn. (BP)–Tony Nolan is an evangelist who has a unique partnership with Casting Crowns.

Nolan’s evangelistic ministry is named TNT Ministries, with “TNT” standing for Tony and his wife Tammy.

SBC LIFE, the journal of the Southern Baptist Convention’s Executive Committee, interviewed Nolan. A portion of that interview follows:

SBC LIFE: Last year, you served as tour pastor and Gospel communicator for the Casting Crowns Lifesong Tour. Can you tell us about that?

NOLAN: Five years ago I met a youth pastor named Mark Hall who wrote Christian songs. Since that time, he has formed a band called Casting Crowns, and it has won multiple Dove Awards and sold millions of records. I called Mark and asked him if he would play music at a conference where I was speaking. He said, “Well, we were hoping that you would come with us on tour.” By faith we accepted it. Record people don’t normally take preachers with them. So it was a big step of faith.

We went on this tour across America, and we’re going again this year. Last year we went to 38 cities in two months. There were 15,000 people who signed a card saying that they accepted Jesus as their personal Lord and Savior during the tour.

SBC LIFE: How are you following up with these people who committed their lives to Christ?

NOLAN: We’ve entered the names of all those who made decisions into a database and given them to churches that do the FAITH [Sunday School-based evangelistic] ministry. And those people are going back to those homes, knocking on the doors, saying, “We heard about your decision you made at Casting Crowns. And we just came to follow up.”

Mark Hall and I also wrote a free devotion that new Christians can download from our website. It tells them what to do for the first seven days after you get saved. It’s enormous in power. If they’ll do those seven things, it will get them started on a path of victory instead of failure.

SBC LIFE: How did the Lord bring you to Himself in the first place?

NOLAN: It’s the story of a soul looking for fulfillment in his life then ultimately finding it in Jesus.

My mother was a mentally insane street person who lived in Jacksonville, Fla. I’ve never met my biological father. I was put in foster care for the first three years of my life because my mother was institutionalized. Unfortunately it was a very unhealthy foster care situation where they abused me sexually and burned me with cigarettes and threw me up and down flights of stairs to bet on how long it would take me to heal from the concussions.

Then when I was 3, I was adopted by Bob and Dottie Nolan. They bought me for $200. I’m grateful that they chose me, brought me into their family, but they didn’t know the Lord. I grew up in an impoverished area in Jacksonville where there was real decadence of sin. My dad was an alcoholic, and he would beat me. I would mess up and do something stupid and my dad would say, “I wish I had never bought you if this is all the $200 got me.”

That drove me to just search. I asked questions like, “What is life all about? Where can someone find happiness?” And my search led me to believe what our culture is telling us: if you get rich, you’re going to be happy. There was so much pain in my life.

In my early 20s, I landed a high-paying, luxurious job as a yacht captain for a man who owned five car dealerships in Oklahoma City. He was rich. I took him on his private yacht all up and down the East Coast of America to all the exotic ports of the lifestyles of the rich and famous. I was on drugs and alcohol, but God was pursuing me back then. I believe He allowed me to get that job so that I would come to a realization: The riches of this life are not true riches. I would be on that yacht and be miserable on the inside. Then I would watch my boss, and he would be miserable. And I would think, “You have everything. How are you miserable?” I wrestled with suicide and didn’t care about living. Finally, I left that job and went back to my old neighborhood.

Eventually I attempted suicide and landed in a mental institution for two weeks. I didn’t want to live. But somebody came and shared with me what it meant to be a believer. I had heard all kinds of other wacky stuff about Christianity. And he said, “Tony, did you know that Jesus Christ came that you might have life and might have it more abundantly?” And God spoke to my heart that night, Feb. 24 of 1989. He said, “Tony, life is My Son. And, Tony, if you will give My Son your life, My Son will give you His life.” So I gave Jesus my life, and He radically changed me.

SBC LIFE: How did the Lord change you?

NOLAN: I couldn’t sin and like it anymore. Then I’d go to church and like it, and that was different. The old-school preacher was preaching out of James. I would sit on the front row saying, “Amen! Glory to God! That’s awesome!” A lot of people would look at me like, “What’s wrong with you?” But I was thinking, “It’s not what’s wrong with me. It’s what’s right with me now. I’m born again.”

SBC LIFE: How did God call you into ministry in general and into evangelism specifically?

NOLAN: God called me into ministry out of John 21. Then my pastor told me a call to preach was a call to prepare, so I went to Criswell College. Then, in 1996, God launched me as a college pastor at First Baptist Church in Woodstock, Ga., where Dr. Johnny Hunt is pastor. Johnny let me preach several times there. And as a result, doors started opening.

The winds of change started blowing, and I said, “Dr. Hunt, I think God is calling me to evangelism. What do I do?” He said, “Just go home. If Ephesians 2:10 is true, then you don’t have to make anything happen. God’s got good works that He foreordained that you should walk in.” He also said, “Tony, if you’re going to go preach about faith, you probably ought to have some.” So we went home. We waited on the Lord. Then Dr. Jerry Falwell called and asked me to preach for his spiritual emphasis week. I went up there, preached, and God showed up. From that, different doors have opened.

SBC LIFE: If you could say anything to pastors in the Southern Baptist Convention, what would you say to them?

NOLAN: Be encouraged. There are some places where I’ve gotten heat because of the way that I present the truth. I don’t skirt around it. We just present it like it is —- the elements of people being sinners, judgments to come and a heaven to gain. But some people have a very negative attitude about anyone who presents the truth of the Gospel.

There’s a persona out there that, as Southern Baptists, we’re “evangeli-fools.” I’ll do interviews with people, and shortly into some interviews I’ll realize that the interviewer is really just being critical and wanting to roast me a little bit. So I just stop and I say, “I need to know, do you think that I’m evangeli-fool?” Because I’m an evangelical, that doesn’t mean I’m an “evangeli-fool.” People think we’re foolish because we believe there’s just one way to heaven in a pluralistic society and that mankind has sinned. They tag us that way.

But I don’t think I’m an “evangeli-fool.” I’m an “evangeli-cool.” I’m a part of the coolest thing going on. And if you are a believer, we are a part of the coolest thing that’s going on. Think about it. We are literally being used in the process of the single most significant event that’s going to happen in global history. And what might that be? The materialization of God enthroned forever. It’s coming. It’s happening. When we look at world history, it’s not a fairy tale. This is real, and it’s going to happen.

So stand up and enjoy life. Enjoy Jesus. Like the Westminster Confession says: Enjoy God forever. He’s doing His thing. He’s in control. We get to be a part of this thing. In the middle of it all, whether it’s a fiery trial or whether it’s fighting opposition, we’re enjoying the riches of a blessing right now. We are in the river of seeing a major thing happen.
–30–
For more information on Tony Nolan’s ministry and the current tour with Casting Crowns, visit his Web site at www.tntgogod.com.