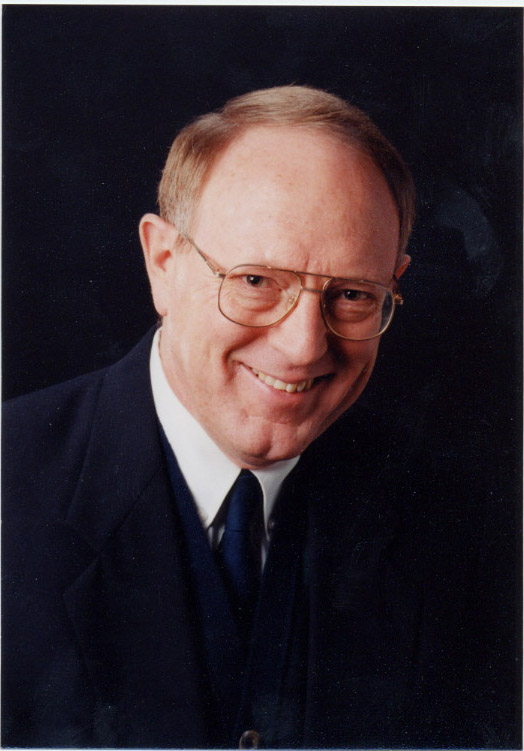 EVANSTON, Ill. (BP)–As you scan the passenger lists from the hijacked planes, you’re stuck by the ethnic diversity, by the variety of national origin. The manifests were a testimony to the religious freedom found in America, a freedom which haunts the people who did these awful deeds. They thought they were taking on America, but they were taking on the peoples of the world, those who have come our way in hopes of opportunities not found in the festering region of the Taliban.

With apologies to those whose names are misconstrued, let me attempt a roll call of sorts. (We’re concerned with root words, acknowledging that lineage and religious orientation are often impacted by intermarriage and conversion.)

We find the Irish — Hennessey, Cahill, Grogan and Corrigan. Yes, they were outcasts when they arrived as refugees of the 19th century potato famine. After all, these were Catholics in a largely Protestant land. But they soon built their St. Patrick’s Cathedral, and about 100 years later they saw one of their own, John Kennedy, elected president.

Of course, there are Brits of every stamp — Scots (Kincaid; MacFarlane); Welsh (Jones; Williams; Adams); English (Norton; Smith; Bailey; Goodchild; Clark; Taylor). These are more likely Protestants, the folks at loggerheads with the Irish Catholics in Ulster. But over here, they live and work together in harmony.

Just as with the Irish, the Italians found a cool reception when they hit our shores. More of the Catholic-Protestant tension. But they made their way, and now relief workers are arriving at LaGuardia, the sister airport to, yes, Kennedy. Those familiar with the robust Italian communities in Boston and the New York area are not at all surprised to read such passenger names as Cucinello, DiMeglio, Ditullio, Pecorelli, Trentini, Saracini, Mariani, Deluca and Ganci.

In the early days, Massachusetts Bay Colony had a poor grasp of religious liberty, so Baptist Roger Williams made his way through the winter to what we know today as Providence. In this new colony, Rhode Island, distinguished for its religious freedom, “even a Jew” could worship without interference. And so they do today throughout our land. And so we mourn Kaplan, Lewin, Rosenweig, Avraham, Jacoby and Reuben.

The French came early to America, as explorers, trappers, traders and priests. Every school kid learns of Louis Jolliet and Pere Marquette. And while many Frenchmen settled in Canada, particularly in Quebec, their linguistic footprints are found throughout our land — Detroit; Eau Claire; Terre Haute; Baton Rouge; Wabash (Ouabache). And when you down our planes, you kill people with such names as Bouchard, Larocque, Marchand, LeBlanc and Charlebois.

For centuries, Europe was a religious battleground. The largely Catholic French would find themselves at odds with their Lutheran neighbors. But today, Senators Breaux and Landrieu are incensed at the death of Germans (Heidenberger; Falkenberg; Langsteuerle; Speisman) and Scandanavians (Larson; Wahlstrom; Hanson; Olson).

The pope condemns the terrorist acts and prays for his American cousins, including Ogonowski, Mladenik, Flyzik and Kovalcin. Transportation Secretary Mineta announces travel restrictions to protect, along with all Americans, those who share his Japanese connections. He wishes they could have helped passenger Aoyama. Her religious heritage is similar to that of Chinese passengers Yang and Zheng. How different is their nations’ Buddhism from the Protestant and Catholic base of our country, but how freely they build their temples on our shores.

ABC’s George Stephanopoulos comes on camera to speak of the tragedy which took the lives of his fellow Americans from the lands of Orthodoxy (Nicosia; Droz; Filipov). And American Muslims are intrigued when they read the names, Khan and Hashem. (Of course, the latter is Semitic and is shared by Jews and Muslims.)

We are a land with place for many faiths and peoples. The bellies of those planes may well have carried letters with U.S. postage commemorating the Lunar Year of the Dragon, Kwanzaa, Malcolm X, Brandeis University, gospel singers, Cinco de Mayo, Amish Quilts, Hannukkah, Jim Thorpe, or Eid, the Muslim festival of fast breaking at the end of Ramadan. (This stamp with Arabic writing was issued just two weeks ago.) And when a Hennessey or a Zheng or a Filipov is murdered in America, Hennesseys and Zhengs and Filipovs around the world are particularly indignant.

As the world considers the religious liberty found in our land, and as they scan the list of dead, they may begin to see a connection between our biblical heritage and political freedom, between our theology and our politics. Americas don’t sprout in the soil of just any religion. Working down the rolls, they read in Scripture the names John, Anna, David, Andrew, Paul, Peter, Jude, Daniel, Thomas, Philip, Mary, Mark, James, Ruth, Steve (Stephen), Ruben, Joseph, Mychael (Michael), Ian (John) and, yes, Jesus. Elsewhere they see the names of saints (Xavier; Antonio), patronymic surnames derived from the Apostles (Jenkins; Jones; MacFarlane, from Bartholomew) and words whose constructions are a testimony to biblical faith (Dominguez; Christopher; Christine).

Testimony everywhere, if we have ears to hear it.
–30–
Coppenger is pastor of Evanston (Ill.) Baptist Church. Other reflections by Coppenger can be seen at www.listten.com and www.comeletusreason.com.