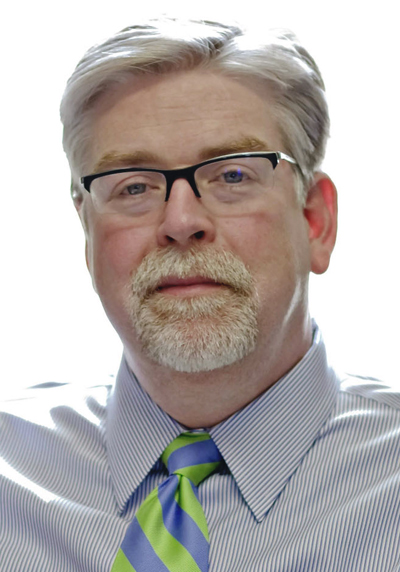 NICHOLASVILLE, Ky. (BP) — This morning (July 27) I will preach my father-in-law’s funeral at Camp Nelson National Cemetery in Nicholasville, Ky.

For 32 years of our marriage, I dreaded this terrible task because he was not a believer. He wanted no part of Christ or His Gospel. We prayed for him, witnessed to him, sent others to talk to him, and five years ago even took him to Manaus, Brazil, to go fishing for tucunaré (peacock bass), but with the real intention of sharing Christ on the entire trip. We colluded, cooperated and conspired for his soul.

While in Manaus we attended the Nova Igreja Batista, where our close friends David and Pennie Hatcher serve and we stayed in their home. They and all the members of Nova became co-conspirators in our redemptive plot.

I will never forget sitting on the front row of their massive sanctuary surrounded by thousands of bouncing Brazilians worshipping and praising their Savior, smiles beaming from their brown faces. Gene could only recognize one word that they sang over and over — Jesus. He looked at Tanya and said, “These people really believe what they are singing.” She took the opportunity to drive home the point that He had changed their lives and that is why they sang so fervently.

When we got back to Kentucky, our niece met us at the airport and drove her grandfather home. She later told us that he did not stop talking — about the church and about David and Pennie. The three days of fishing the Rio Uatumã or seeing freshwater dolphins, caiman, howler monkeys or any of the things that he went to Brazil to see did not even merit a mention. Instead he was fixated on the obvious deep, meaningful belief in the Gospel now so evident to him in so many people.

A few months later his body failed him. One night his legs refused to work for him anymore and he never walked again. Too big and with too many medical needs for any of us to care for at home, the man whose life was as big as the great outdoors suddenly found himself limited to the four walls of a single room and flat on his back in a nursing home.

For the first four or five days we had to go through red tape to get him a television and, coupled with his near deafness, he had nothing to watch or hear when we weren’t there. The strange providence of God had twisted and brought him into the last place on earth he wanted to be but precisely where he needed to be. There, in the silence of that room, God brought to his mind all the times someone had shared the Gospel with him, the simple message that Jesus saves by grace through faith. The effect in the lives of his children and grandchildren and his deceased wife and so many others, he realized, was undeniable.

The next day Tanya and I came to see him and were amazed by his attitude. Frankly, we had anticipated that he would hate the nursing home and might be terribly uncooperative. Instead he was positive, focused, and met this challenge with the same spirit that helped him survive World War II. We were, to be candid, stunned.

As we got up to leave, Gene put out his hand and said something strange to me. “Preach to me, Hershey.”

He had never said that before. I thought he was confused or that asking me to pray for him was so unusual that he just didn’t know how to do it. In 32 years, until this moment, he had never asked me to pray for him or with him about anything. A few days earlier he had held out his hand and said, “Say some good words for me,” and I had taken that to mean pray for him and I had. Now I was trying to interpret, “Preach to me” and thought surely he meant for me to pray.

So Tanya took one hand and I the other, and I prayed. I asked God to strengthen and heal him according to His will, but then I prayed for God to save him. I begged God to help him see that Jesus is the only way. I told God that Gene had had his way for far too long, and I pleaded with Him to overwhelm him with His love and to overrule his stubborn heart and grant him repentance and faith in Christ alone.

When I said, “Amen,” Gene patted my hand and looked me in the eye and said, “I’ve done that.”

Tanya and I shot each other a skeptical and confused glance, both of us worried that he might say such a thing too lightly — though he certainly never had before.

“What?” I asked. “I’ve done that!” “You’re telling me that you have repented of your sins and you are trusting in Christ alone for eternal life?” “Yes,” he answered. “I have.” “Now, Gene,” I pleaded, “I really need to be sure about this because more than anything I want to spend eternity with you.” “Well you will,” he said, “because I have done that.”