Born in Stonewall, Miss., he enjoyed gardening with his mother and playing high school sports. Before graduating high school, he enlisted in the U.S. Marine Corps Reserves and served briefly during the Korean War. Back home in Mississippi, he met and courted Laura Sue Thompson, and they married in 1953.

Rolling Creek Baptist Church in Mississippi called Barnes to his first pastorate, and there he and Laura started their family, welcoming children Sue and David. He attended Mississippi College and New Orleans Baptist Theological Seminary. In 1961, Severna Park Baptist Church (SPBC), a young mission church in Maryland, called Barnes as their first full-time pastor. The church grew from 25 to 650 in nine years. It was at SPBC that Barnes found his passion for church education from the cradle to the grave, and for church growth.

Dave Brown, the current senior pastor of SPBC, said Barnes was a visionary. He recognized the Severna Park area as a “triangle of influence,” reaching Annapolis, Washington D.C., and Baltimore. The church’s triangular logo reflects that vision.

In 1970, Barnes began ministering with the BCM/D, serving as director of church programs and services. Barnes led mission trips to Burundi, Rwanda, and Moldova, as part of the BCM/D’s partnership missions emphasis. “The Africa trip changed everything,” his daughter Sue Hannahs said.

Hannahs said her father became painfully aware of the relative wealth of America and how it made him uncomfortable considering the need so many people had for fresh water while his family had an in-ground swimming pool. The trip lit a fire in him, she said.

“He said that after he returned from that trip, it was difficult for him to enjoy a full meal,” Moore said. “The hungry children that he saw affected him deeply. He gave generously to world hunger and never missed an opportunity to encourage others to do the same. He believed and lived Matthew 25:40, ‘The King will reply, I tell you the truth, whatever you did for one of the least of these brothers of mine, you did for Me.'” (NIV)

Hannahs said Barnes was also heartbroken when the genocide happened in Rwanda in 1994. Many who died were people he knew from his trip.

He became BCM/D executive director in 1993 and continued the emphasis on partnership missions while leading the convention in relocating the BCM/D offices from Lutherville to the current Columbia location. He developed a “futuring” initiative — a strategic restructuring to prepare the convention to move into the new century. “He understood that the ministry environment and needs of the churches were changing,” Udovich said. “In the last few years before his retirement, he launched a restructuring of the GMB and staff, moving us into teams which worked together. Each team was made up of not just BCM/D staff but also pastors, lay people, associational directors of missions and at least one GMB member. Having this broad range of voices contributing to our teams’ planning, budgeting, and implementation helped us to focus more clearly on how best to serve and collaborate with churches amidst a rapidly changing environment.”

Roy Thomas, who retired in 2014, said Barnes created his position at the convention in the then “Family Ministry” area. “Charles was a visionary in that he launched and facilitated the ‘futuring’ effort that eventually led to a reorganization and the calling of David Lee as his successor. Charles was a good friend and a fellow believer. He will be missed.”

BCM/D Church Ministry Consultant Michael Trammell, who pastored Mt. Airy Church for 26 years, shared, “I remember Charles Barnes for visiting pastors on their church fields. He was in many ways a loyal friend to pastors.” 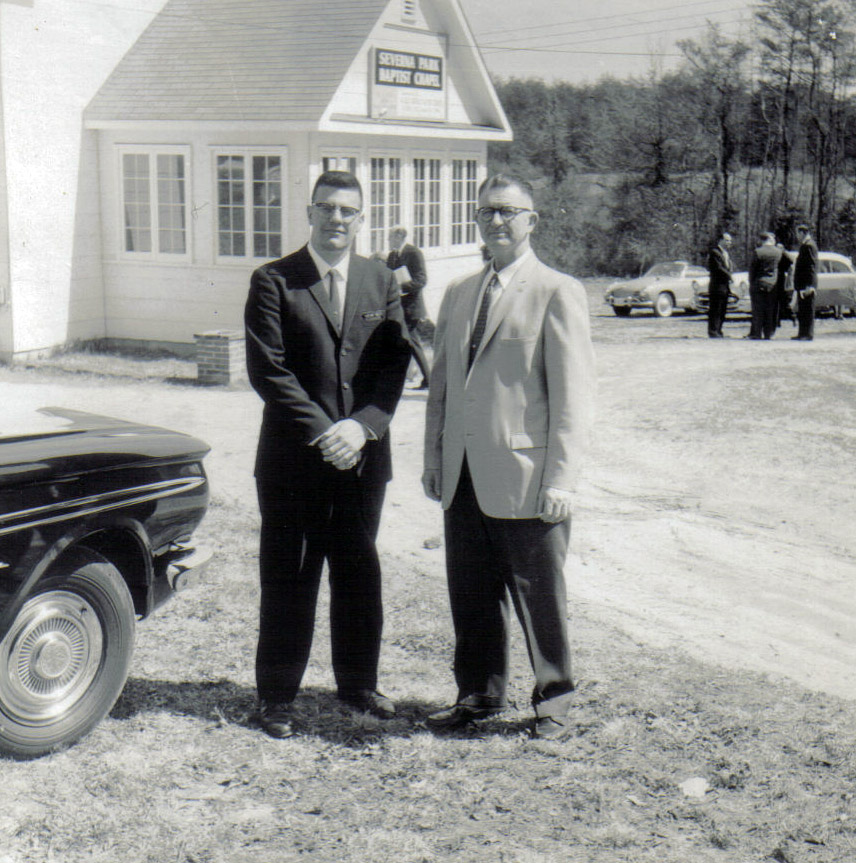 Many people mentioned Barnes’ warmth and wit. Udovich said, “Mr. Barnes had a good sense of humor and a great memory. He knew many of the pastors, and whenever one of them retired, Mr. Barnes would be invited to the event. Instead of the usual glowing words and platitudes toward the guest of honor, Mr. Barnes would ‘roast’ the pastor, bringing up all kinds of stories from the past and mixing them in with zippy one-liners.”

Moore said he was joyful. “He didn’t want to be one of those Christians that had been ‘baptized in dill pickle juice.'”

David Lee, who succeeded Barnes as the executive director, said, “Charles Barnes loved Jesus. He was passionate about the world coming to faith in Jesus as Savior and Lord. He loved Maryland/Delaware Baptists and he served us faithfully.”

“I will always remember his strength of conviction, his courage, and his generosity toward those in need,” Lee noted. “I will always be indebted to our Lord for the opportunity to serve alongside Charles, to learn from him, and to build upon the foundation that he laid through the Baptist Convention of Maryland/Delaware.”

After retiring, Barnes provided pulpit supply and served as an interim to a variety of churches. He also was a minister to seniors at Heritage Baptist Church in Annapolis, where he and his family were longtime members.