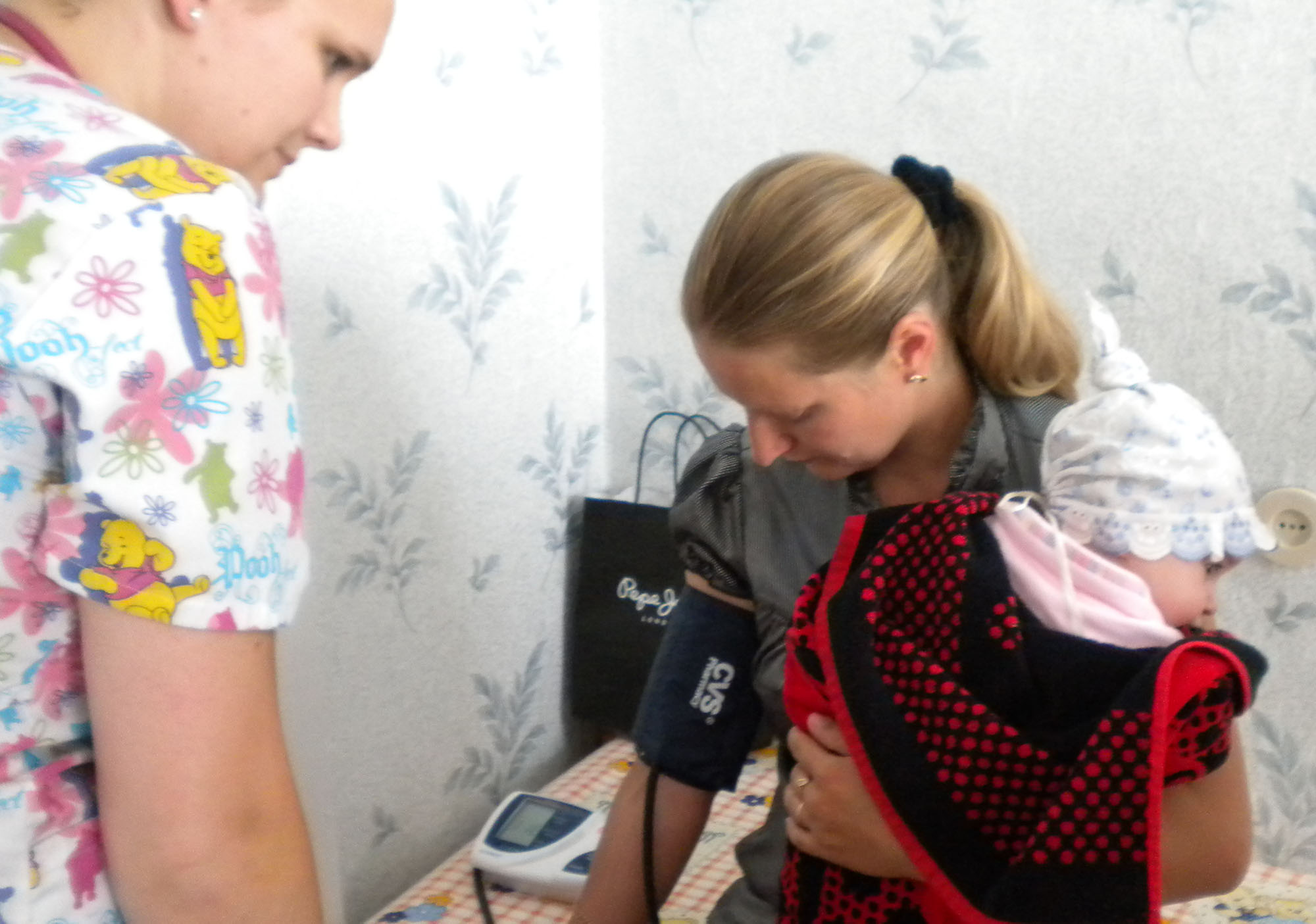 LAWRENCEVILLE, Ga. (BP)–Frank Cox is not satisfied with the proverbial handwriting on the wall.

“We’re the envy of other denominations because of the Cooperative Program,” Cox says, but knowing the challenges CP has faced, he urges, “We need to find ways to lead our churches to become CP champions. We have generations coming behind us that do not understand the Cooperative Program or see the need for it.”

Cox, pastor of the Atlanta-area North Metro Baptist Church in Lawrenceville for 30 years, believes that “the story of the effectiveness of the Cooperative Program needs to be told with greater urgency.” Otherwise, “Southern Baptists will be bringing missionaries home within 10 to 15 years.”

Cox has led North Metro’s transition from a small rural congregation to a large suburban one; from being inward-focused to a partnership with Baptists in Moscow, Russia; and from a six-acre site where the church had been located since 1893 to, in 1995, a 55-acre site 10 miles further northeast of downtown Atlanta. Today around 2,100 people gather for worship each week.

As Cox has led the church through growth pains, church issues, a name change and building campaigns totaling $25 million over the years, what has remained constant has been the pastor’s unwavering support of the Cooperative Program — Southern Baptists’ method of supporting missions and ministries of state conventions and the Southern Baptist Convention.

“The Cooperative Program allows the 45,000 churches of the Southern Baptist Convention to do what none of us could do alone,” Cox continued. “My church understands when we give to the Cooperative Program, we support 5,300 missionaries across the world and another 5,000 here in North America…. Even a mega-church could not sustain 5,000 missionaries on its own. We do best what we do together.”

North Metro — known in 1980 as Pleasant Hill Baptist Church when Cox arrived as pastor, with no more than 130 enrolled in Sunday School -– didn’t know much about the Cooperative Program. They gave $9,000 through the CP his first year there, Cox recounted.

“I began to educate my church what it meant to be a Southern Baptist church, about the Foreign Mission Board and Home Mission Board [today’s International and North American mission boards] … and my church began to realize, ‘Look what we can do!'” Cox said. He led the church to give 5 percent to missions through the Cooperative Program, then 7 percent, 10 percent, and for the last 26 years, 13 percent.

In addition, the church takes up weekly offerings for its World Missions Offering. Once a year, those dollars are directed on a percentage basis to the IMB, NAMB and Georgia Baptist Convention. North Metro has given about $5.1 million to missions through the Cooperative Program over the course of 30 years, and another $2.2 million through its World Missions Offering.

“We also set money aside to encourage our people to go and do missions,” Cox said. “We want our people to touch the world. Missions going always results in more missions giving.”

Cox said he talks about the Cooperative Program and missions giving every Sunday before the offering. He’ll describe a missionary’s work and explain that it’s because of what the congregation is giving on this day that this missionary — whether in Africa, Asia or wherever, including inner-city Atlanta -– is able to continue to spread God’s love.

“I’ll say, ‘Let me tell you where your money is going today,’ and I try to show them the value of what they’re giving,” Cox said. “It’s more than meeting the budget of the church. It’s actual ministry taking place somewhere around the world.”

A “CP Summit” he helped plan during his second year as president of the Georgia convention helped Georgia become the top CP-giving state in the SBC for the following 10 years. Cox said he’d love to see the CP Summit concept spread nationwide.

The awareness he has gained about the SBC reinforced the learning he received from his parents that, “The Cooperative Program is the glue that holds us together.”

“Giving to the Cooperative Program allows my church to touch the world. It helps my church to be able to touch people and places we cannot go to and physically touch ourselves.”

From a local standpoint, Cox said, the church also shoulders a responsibility for fulfilling the Great Commission.

“When we got here in 1980, the church was in decline; it was down 34 people over the previous year,” the pastor said. “We did just one thing: We led our church to become a soul-winning church. We came in and started talking with our people about winning our friends, that the majority of people in church come because a friend has reached out to them, touched them, ministered to them and shared with them.”

“We started knocking on doors, visiting people who had at one time visited the church,” Cox said. “Over the years, we have built on that same strategy.”

Three major truths God has taught him during his 30 years at North Metro, the pastor said, are that God blesses consistency and commitment; it’s not His will whenever the going gets tough for the preacher to run; and the strength of ministry comes through longevity.

“My first three years here were tough because you were changing a mindset,” Cox said. “We were changing from rural to urban; that was not easy at all. And there were people here who did not like the church growing…. I knew there was going to come a point when the church was going to decide if they wanted to be on mission for God, or just be a small church down by the freeway.”

Two weeks after that turning point came — which involved terminating a staff member who then was un-terminated by the church–– his wife Debbie was diagnosed with a malignant brain tumor. She died three years later, leaving behind a 4-year-old son and a husband not yet 30. Cox and his second wife, Mary, have now been married 23 years.

“Looking back, God was using moments of adversity to sift me and to smooth out some rough edges, and to begin to form my life and my ministry,” Cox said. “You go through a time of brokenness, when God begins to create the man of God He wants you to be.

“Keep trusting,” the pastor continued. “People began to watch as I was in the crucible of adversity. They watched as I handled the trauma within the church and the tragedy at home. It was in the darkest moments of the crisis at church and brokenness at home they observed a pastor who was learning to trust the heart of God. It was a time of testing where I learned and embraced the secret to my walk with God.”

Cox remembers a pivotal moment sparked by a quote from Charles Haddon Spurgeon: “God is too good to be unkind, too wise to be mistaken; when you can’t trace His hand, you must learn to Trust His Heart.” Both pastor and people learned to trust the heart of God, Cox said, to accomplish much for His glory.

“So keep trusting the heart of God,” Cox said.

His advice to pastors of declining churches and of small churches would be the same, he said.

“Keep the focus on the reason the church exists, the Great Commission,” Cox said. “Adapt to the community…. In every community, there are people to be won. Focus on winning the unchurched, and your church will grow.

“Success is not always in size,” the pastor continued. “It’s always in obedience. I know large churches that might be great to look at and envy but that aren’t being obedient to God. Small churches functioning in obedience to God’s will are having great impact, more than they think.”

The 45,000 churches in the Southern Baptist Convention include 32,000 that have fewer than 100 in Sunday morning worship, Cox said. “Small churches are touching the world through their faithfulness in giving through the Cooperative Program,” he said. “They are significant in the global evangelization of our world through Southern Baptist missions.”

Even so, Cox said, “When churches achieve a certain accomplishment, there’s a tendency to exhale and slide into status quo. We can’t do that. We need to be winning our neighbor, friend, community and world for Jesus. Every one of our members is to be on mission for Jesus Christ.”

For North Metro, other challenges include the changing economy and changing demographics. Once among the fastest-growing counties in the nation, with perhaps 10,000 new homes built in a year, last year Gwinnett County saw closer to 250 new homes built. Once an Anglo enclave, the county has become multicultural. Once, perhaps 400 people would join the church each year. Now, church members have to be intentional about reaching out and touching with God’s love the people they come across.

“Thirty years later, we’re dealing with mindset change again,” Cox said. “How do we continue to be North Metro and how do we effectively be the best church for Gwinnett County? Laying aside all our preferences, what does God want us to do?”

Cox said God let him know last year that he needed to find some way to give himself away with no expectation or anticipation of receiving anything in return. He told the congregation he understood that message was for them as well.

“Last fall I witnessed my church for two months give themselves away,” Cox said. “I watched them do ministry in businesses, schools, neighborhoods and throughout our area — with money raised by their Sunday School classes — and they literally touched thousands of lives.”

North Metro plans to repeat the concept this fall, and perhaps touch as many as 10,000 people, the pastor added.

As part of its “give with no expectation of return” instruction, North Metro in January entered a five-year partnership with the Russian Baptist Union in Moscow. Rather than North Metro’s typical evangelistic mission trips, they will be at the request of the Russian Baptist Union focusing on encouraging the missionaries serving in Moscow and assisting and strengthening Russian-led churches.

Regardless of locale, Cox said his passion is to see lives changed by the Gospel, “seeing that Jesus changes lives, of seeing people who were totally despondent in life coming to know Christ and their lives radically changed. The Cooperative Program helps us do that around the world.”

At North Metro, Cox said, “God has blessed me with some great people for 30 years, and they have shown me what great churches are like. Because of our 30 years together we’ve been able to do things that if I’d left three years into it, we never would have done. I would encourage pastors to plant their lives in one church. The benefits are undeniable for both the pastor and the congregation.”
–30–
Karen L. Willoughby is managing editor of the Baptist Message, newsjournal for the Louisiana Baptist Convention.