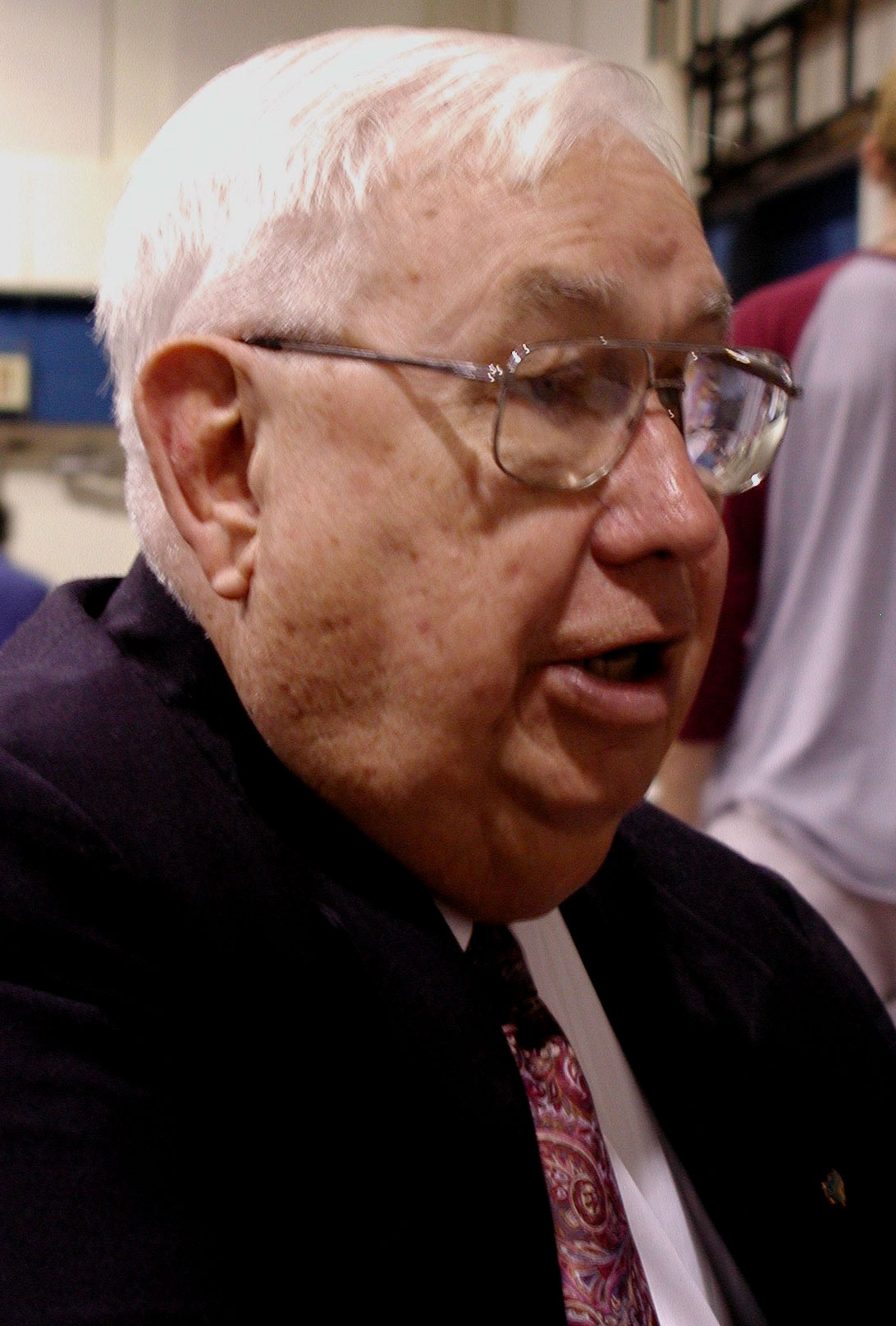 TOPEKA, Kan. (BP)–It’s the mid 1970s and John Hopkins is in a Topeka, Kan., truck stop with Richard Melton, a man who had just been released from prison and was trying to get a fresh start with his life.

Melton’s rap sheet was more than 20 pages long when he had last seen it. The 212 counts against him included assault and burglary, but here he was having a cup of coffee with Hopkins and talking about a brighter future as a long-haul trucker.

“I have my eyes on a big rig like that one,” Melton points out the window toward a gleaming steel truck sitting in the parking lot. Smiling and cupping his coffee, Melton is happy and thankful that a man named John Hopkins took the time to care about him.

When the two men met, Hopkins was responsible for Christian social ministries in the Kansas-Nebraska Convention of Southern Baptists. Before becoming a missionary, though, Hopkins had a first career with the Criminal Investigation Division of the Army. His career in the Army put men behind bars, his second career dealt with helping rehabilitate men and women in prison.

When Melton was offered employment training in prison, he answered, “Hang it — I’ll do my time. I don’t want any part of do-gooders,” But he became an assistant to the prison chaplain. Through the chaplain, Melton met Hopkins, who agreed to be his sponsor.

When Hopkins first signed Melton’s visitor card, the card was blank. No one else had been to see him. “John was the first man in 29 years to come at me fair and simple and say, ‘Rich, let me help.’ He didn’t have to take an interest in me, but he did.”

Melton got out of prison several months later with $35.65. Hopkins arranged for new clothes and paid the deposit on a trailer for Melton to live in.

“Now, I’m free, I have nothing to hide, I owe it to John. I’m not on parole now; there are no warrants out for me. I can look any policeman in the eye and not be scared.”

To hear about his compassion for people, the number of times he has helped someone who had given up hope, someone who just needed someone to listen, well, you won’t hear it from Hopkins. Reluctant to talk about himself, the always-humble Hopkins tends to shy away from publicity or anything that would tend to give him credit for his good deeds.

Despite shying away from publicity, Hopkins, along with his wife, Shirley, received recognition during last fall’s Kansas-Nebraska convention annual meeting for 26 years of service. Hopkins formally retired from his ministry with the convention on Dec. 31.

Many Baptists have seen the results of his ministry and those close to him have been fortunate to see his heart.

When Mills, now a North American Mission Board missionary to Kansas-Nebraska, came to Midwestern Baptist Theological Seminary, Hopkins was his ministry supervisor. Through the years, the two have worked closely in many roles and at one time, Mills was also Hopkins’ pastor.

As Mills reflects about Hopkins and the relationship the two have had over the years, there is a debt of gratitude for what Mills has learned by knowing and working with “Hop,” the name those close to Hopkins use when referring to him.

“Hop is so compassionate and he has done much to shape my view of ministry,” Mills said. “He has been my mentor in so many ways. What I have learned about ministry, I have learned through John Hopkins.”

Following his career in the Army, John, Shirley, and their children moved to Omaha, Neb., so Hopkins could finish school and begin a ministry through the Home Mission Board, now the North American Mission Board. After graduating from the University of Nebraska at Omaha, the Hopkinses moved to Kansas City, Mo., so he could attend Midwestern. While in seminary, John became HMB director of youth and family services in Kansas City and Wyandotte County.

Shirley and several other church members offered to revamp the badly outdated court filing system. Many afternoons were spent pouring over the pile of folders, and a more efficient and updated filing system and their hard work impressed county officials. This new system and their continued persistency brought credibility and respect for the work John and Shirley were doing with the court.

Hopkins’ idea was to develop a Christian approach to the problem of juvenile delinquency. He wanted to build a framework in which a volunteer could show concern for youngsters coming into the juvenile court system. In 1970, he suggested a Special Services Section, attached to the court, which could test, evaluate and counsel children and families referred through the “non-judicial” route of the court system.

Through the Law Enforcement Assistance Act (LEAA), the Kansas governor gave Hopkins’ idea the go-ahead. For two years, LEAA matched $3 for every $1 the Home Mission Board contributed.

The SBC agency paid Hopkins’ salary as director of youth and family services for the Kansas City Baptist Association. The money from LEAA provided office space, a consulting psychologist, administrative assistant and training for volunteers.

These early years in the court system were just the beginning for John and Shirley Hopkins and their work in Kansas and Nebraska. It is probably easier to list the areas of ministry that they have not been a part of than to recall the longer list of ministries they have started, worked in or contributed countless hours of service.

One of the things most people think of when they think of Hopkins is his work as editor of The Baptist Digest, the state paper for Kansas-Nebraska. Hopkins steered the paper through some of most political periods of the Southern Baptist Convention.

“He never embarrassed us with the Digest and saw the Digest as a publication to support the purpose and objectives of the convention,” said Peck Lindsay, executive director for the KNCSB. “John honestly reported the news and was never divisive to our churches. He never took one side of any controversy; he was always fair.”

With Hopkins at the helm, the convention decided the paper should report on missions, ministry opportunities and provide information of activities taking place around the world, anything that would impact mission causes.

“We wanted to make a paper that would float in any environment with saved or not saved people,” Hopkins said of the Digest. “We accurately portrayed Southern Baptists and have always tried to be positive.”

As an editor, Hopkins said, “I am most proud of the fact we stayed the course.”

As a leader, Hopkins has always encouraged volunteer and lay involvement, letting people use their gifts to serve the Lord.

“People in the Midwest are stable, hearty souls; they are out of pioneer stock,” Hopkins said. They’re willing to be involved and help their neighbor, he said.

Most of the ministries in which he and Shirley were involved had strong volunteer support, and the two helped match people and their gifts to the needs of that ministry. With nearly three decades of service to the convention, between the two of them they have been involved in literacy training, Baptist Men and boys’ missions groups, Baptist ministry centers, disaster relief and Red Cross disaster training, consultant for Christian social ministries, editor of The Digest and editor of the KNCSB Leadership Journal.

Hopkins’ leadership has helped in the growth of the Kansas-Nebraska Convention of Southern Baptists. Bob Mills likes to use the word “catalyst” to describe Hopkins’ work, especially in getting new ministries started.

But when you ask Hopkins to describe his role in the convention, he would want someone to simply say that he was fair and that he helped people. “I try to see what the real need is in a person’s life. I want to take them where they need to be, not always where they are,” he said.

Shirley said of her husband, “He has a tender heart and the ability to size up a situation and know how to interact with it and not be authoritative or pigheaded. Because of that, he has helped so many people, more than anyone will ever know.”

Hopkins was quick to jump in and say Shirley is a “good partner. I think a lot of wives don’t get the credit for their work; the same can be said of Shirley. She is retiring with me.”

Recognizing they have seen their ministry calling as a team, the convention’s recognition of them last fall noted, “John and Shirley Hopkins Ministry Recognition for outstanding service in meeting the needs of the convention.”

Simply put, many needs have been met because of their work within the Kansas-Nebraska convention.

Richard Melton was able to move on with his life, countless lives have received food and clothing thanks to a disaster relief ministry in the state convention, boys and girls have grown into men and women able to read and respond to the Word of God, homeless people who at one time needed shelter and a job have homes and careers now, and most importantly, people who needed a Savior, now have Jesus Christ in their hearts.

Thanks to John and Shirley Hopkins.
–30–
(BP) photo posted in the BP Photo Library at www.bpnews.net. Photo title: JOHN HOPKINS.