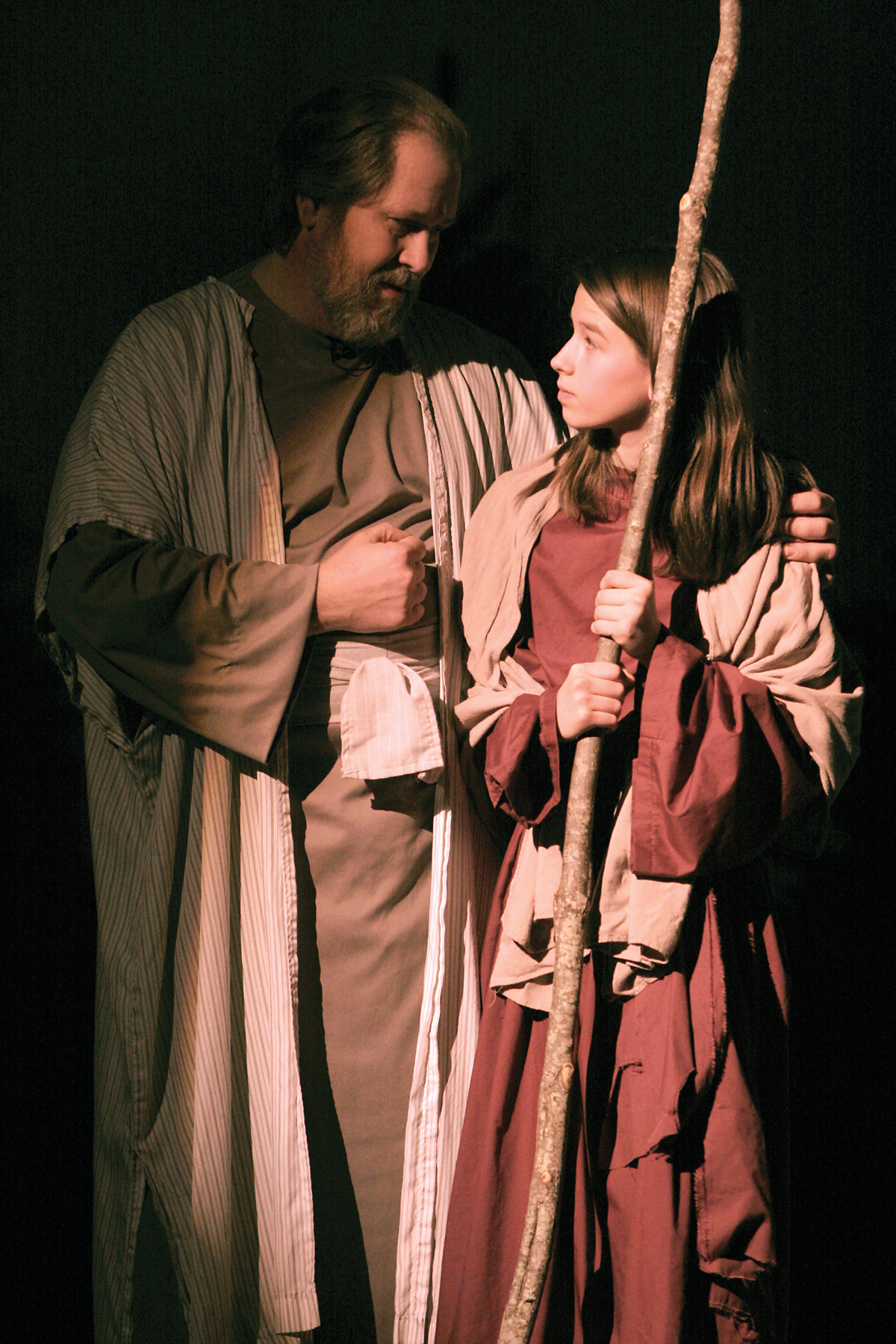 NASHVILLE, Tenn. (BP)–This season, as church audiences across the country enjoy “Jesus, Our Treasure,” the creation of the new Christmas musical has left the LifeWay Worship Music Group in awe of its divine inspiration.

Picture a man sitting in front of his computer, seeking God’s help in writing a Christmas musical from a biblical perspective that would be relevant to those who would see it.

Struggling and praying, the man begins to type on the computer keyboard: “An 11-year-old girl walks into her grandfather’s shed….” Out flowed the Christmas story told from the perspective of Jacob, an old shepherd, recalling to his young granddaughter his personal witness of Christ in the manger and, years later, on the cross.

Mike Harland, author of Jesus, Our Treasure, takes no credit for the story line.

“God wrote this,” said Harland, director of music group at LifeWay Christian Resources. “It is the most evangelical thing I have ever written. It just all came together and it had God’s hand all over it.”

Harland originally had a different concept for a Christmas musical, but he had no peace about the story line. Once he sat down at his computer and typed out the shepherd’s story as told to his granddaughter, Miriam, Harland knew this was the musical God wanted him to share with others.

“I worked that night on the story and the music and presented it the next day to the LifeWay group,” Harland said. “Once I had finished sharing the story, we all knew that this was it. Immediately we began pulling together the necessary components to make this happen.”

Harland began working with Lawrence Kimbrough, a writer for LifeWay, to develop the script.

Working “to put a voice with the characters,” Kimbrough recounted, “I would come up with ideas for the characters on my own and when I would share them with Mike, I would find out that he had had the same ideas but had not shared them with me. The Spirit was really working in the production of the script.”

Harland also worked with musical and orchestral arranger Camp Kirkland, who sensed a new perspective in the Christmas story. “It was a new and dynamic way to tell the story with the characters driving the narration,” Kirkland said.

Kirkland also was impressed with the music written by Harland. “The music in this production is practical. A singer or player performs the songs easily but it comes across as very dynamic. Spiritually, there is not a fluff song in the production. Each song says something significant and makes a statement. It is all spiritually relevant to today’s world.”

Throughout the musical, the old shepherd Jacob shares with his granddaughter Miriam his firsthand experience at seeing the angels and then traveling to see the baby in the manger. The musical also explores Herod’s fear and insecurity that led to the death of the firstborn sons. Jacob then shares how God’s firstborn Son was sacrificed to cover the sins of mankind, including Miriam’s.

“The musical is relevant because it is about forgiveness…. Christmas is a time when people are feeling joyful and happy but might be dealing with family strife as people come together, or have painful memories that haven’t healed. This musical addresses all of that,” Kimbrough said.

Eric Burton, music minister at Big Stevens Baptist Church in North Augusta, S.C., selected Jesus, Our Treasure for his choir’s performance because of “the strength of the music and the drama married together.” More importantly, Burton was impressed with the evangelistic touch of the story.

“We love musicals that don’t leave Christ in the manger, but present the whole story -– the birth, death and resurrection of Christ,” Burton said. “The story doesn’t show that Christ was born and then expects audience members to come back three months later for the Easter musical to see that He died and was resurrected. This story presents Him as the redeemer.”
–30–