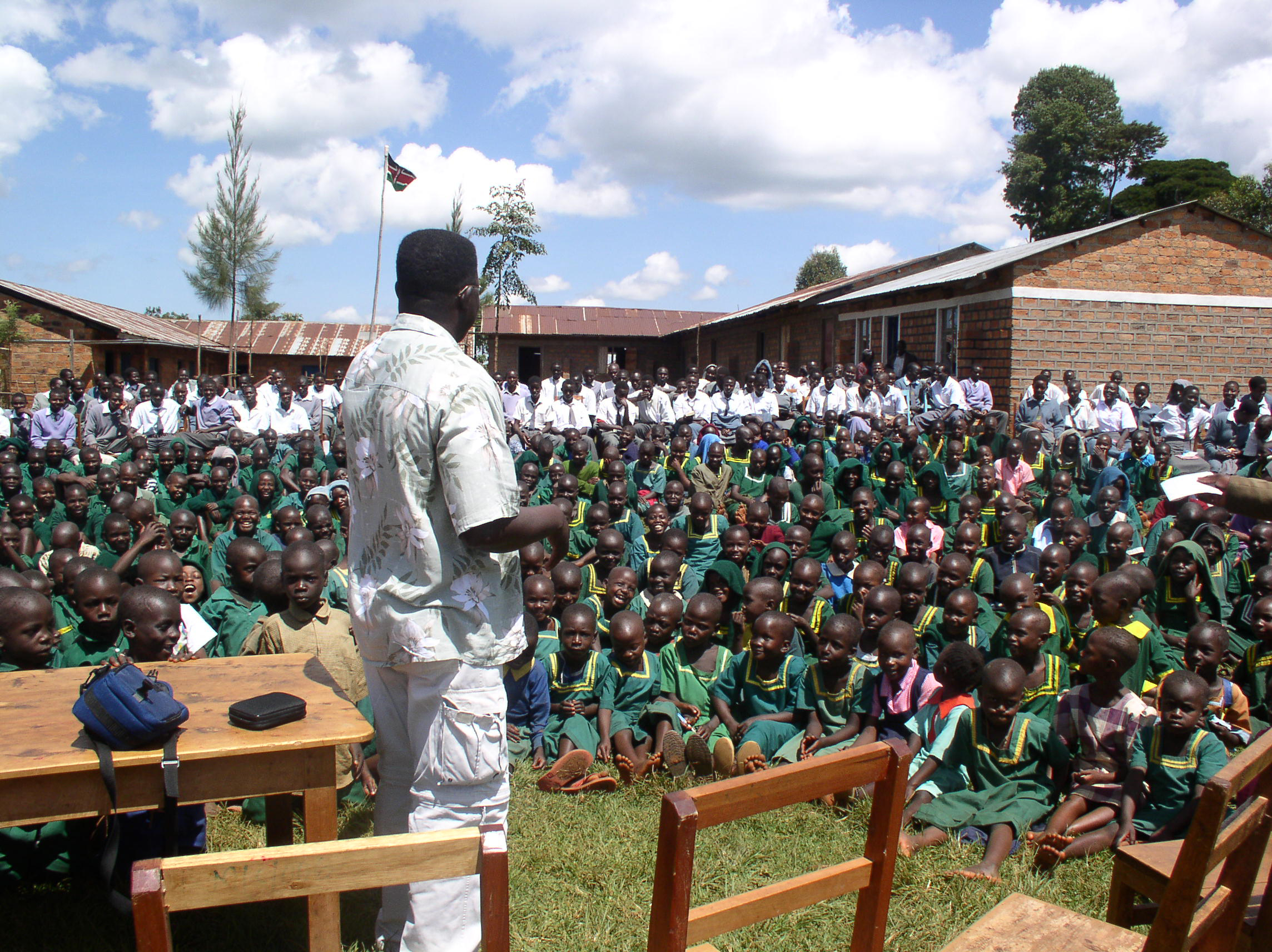 He is familiar with the country’s culture, social mores and quirks, and he identifies with what Kenyan people experience daily. A native of the East African nation, Juma converted to Christianity as a teenager and understands the barriers, pitfalls and excuses that prevent Kenyans from believing in Christ.

For the past seven years, Juma, a student at Southern Baptist Theological Seminary in Louisville, Ky., has used that knowledge to share the Gospel in Kenya and help pastors there disciple new believers. Juma said the joy of ministering to his own people, country and continent defies words.

“Like Paul, I weep and long for the salvation of my people, and like Nehemiah, I cannot help but go back and rebuild the walls … in this case, the broken lives of people without Christ,” he said.

In Kenya, Juma worked in public schools, noting that ministry to children is both important and strategically valuable.

“Reaching people while they are young is a wonderful opportunity,” he said. “In general, students are more open to the Gospel than adults. It is an open field like no other, and I am grateful to God for allowing me to do this.”

Juma estimated that he spoke to 87,000 primary school, high school and college-age students during the summer, with scores making professions of faith in Christ.

“I would go to the schools and everything would stop,” he said. “Students and teachers would come out and give me an hour and a half to speak. I would typically address specific issues, like drugs or AIDS, for the first 30 minutes and then I would spend the rest of the time sharing the Gospel.”

In addition to speaking in schools, Juma helped host sports evangelism days and other evangelistic events. Two such events, which Juma holds annually, were the Juma Juma Cup and Juma Juma Talent Show.

The Juma Juma Cup included basketball, soccer, karate and other sports, while the talent show featured acrobatic performances, singing and dancing. Both events culminated with a Gospel presentation, and Juma said these activities particularly reached out to unchurched students and resulted in many decisions for Christ.

With many trusting in Christ for their salvation the past few years, Juma said discipleship and leadership training are the two greatest areas of need in churches in Kenya, and throughout East Africa.

“The church leaders in East Africa don’t have a basic education in the Bible to be able to train their members, and that is an area of concern for me,” he said. “Many people are coming to the Lord, but discipleship is key to the success of the church in Africa. With Islam and animism in the picture, people must be grounded in the Word of God to bear fruit.”

To address these needs, Juma held a youth pastors conference that brought representatives from churches all over Kenya, and he also helped with pastoral training.

Juma said following his conversion as a teenager, his Kenyan pastor and a missionary from Colorado discipled him intensely for a year, teaching him and grounding him in the Bible and laying the foundation for everything that he does today.

“I believe that everyone who comes to faith in Jesus Christ needs discipleship,” he said. “There are so many forces attacking Christians that they must be grounded in their faith to be able to stand firm.”

In Tanzania, Juma preached in four crusades in four different cities in July. Juma partnered with Barry Kornegay, a graduate of Southern Seminary, in his work in Tanzania, as well as with several members of Little Flock Baptist Church in Louisville. Groups of five to 10 members served for a week at a time with Juma, passing out tracts on the streets of Tanzania. Juma said Kornegay handled most of the administrative duties with the groups.

“Barry would handle logistics, which freed me up to spend time in prayer and the study of God’s Word so that I could focus on preaching,” Juma said. “When a new team of missionaries came from America he would provide the leadership those groups needed. He worked with the teams passing out tracts and in some cases doing door-to-door evangelism.”

Juma said the ministry of the members from Little Flock, his home church, as well as the financial and prayer support of that congregation and several others were instrumental in enabling the spread of the Gospel in Africa.

At the crusades, Juma also partnered with the Council of Churches in Tanzania, the largest religious body of evangelical churches in that country. Pastors from these churches counseled and prayed during the crusades.

Juma described this year’s crusades as “the most successful ministry in Tanzania” he had ever experienced.

“The hunger for the Gospel in Tanzania was amazing,” he said. “People would come to these crusades as early as 12 p.m. and would not leave even when I was done preaching at 7 p.m. They could not get enough of the Gospel.”

While many evangelists in Tanzania preach a prosperity gospel, promising people health and wealth if they believe in Jesus, Juma said he presents the biblical Gospel of the grace of God in Jesus Christ.

“There was one incident where an evangelist promised people heaven on earth, and he had thousands come to his crusade,” he said. “He did not open the Bible once. His ministry was healing and giving prosperity to people. Those are the types of situations where God allowed me to bring in the true Gospel of the need to repent of sin and believe in Jesus Christ and give that to the people.”

Juma is on track to graduate from Southern with his master of divinity in December, and he is contemplating doing doctoral work. Regardless of when he completes his schooling, Juma plans to return to Africa.

“By God’s grace, and as long as I have breath, I will not rest until the last person has heard about my Savior on the dark continent, Africa,” he said. “In the end, what matters to me the most is that I faithfully preach the Gospel of Christ to the nations of East Africa. The results belong to God.”
–30–