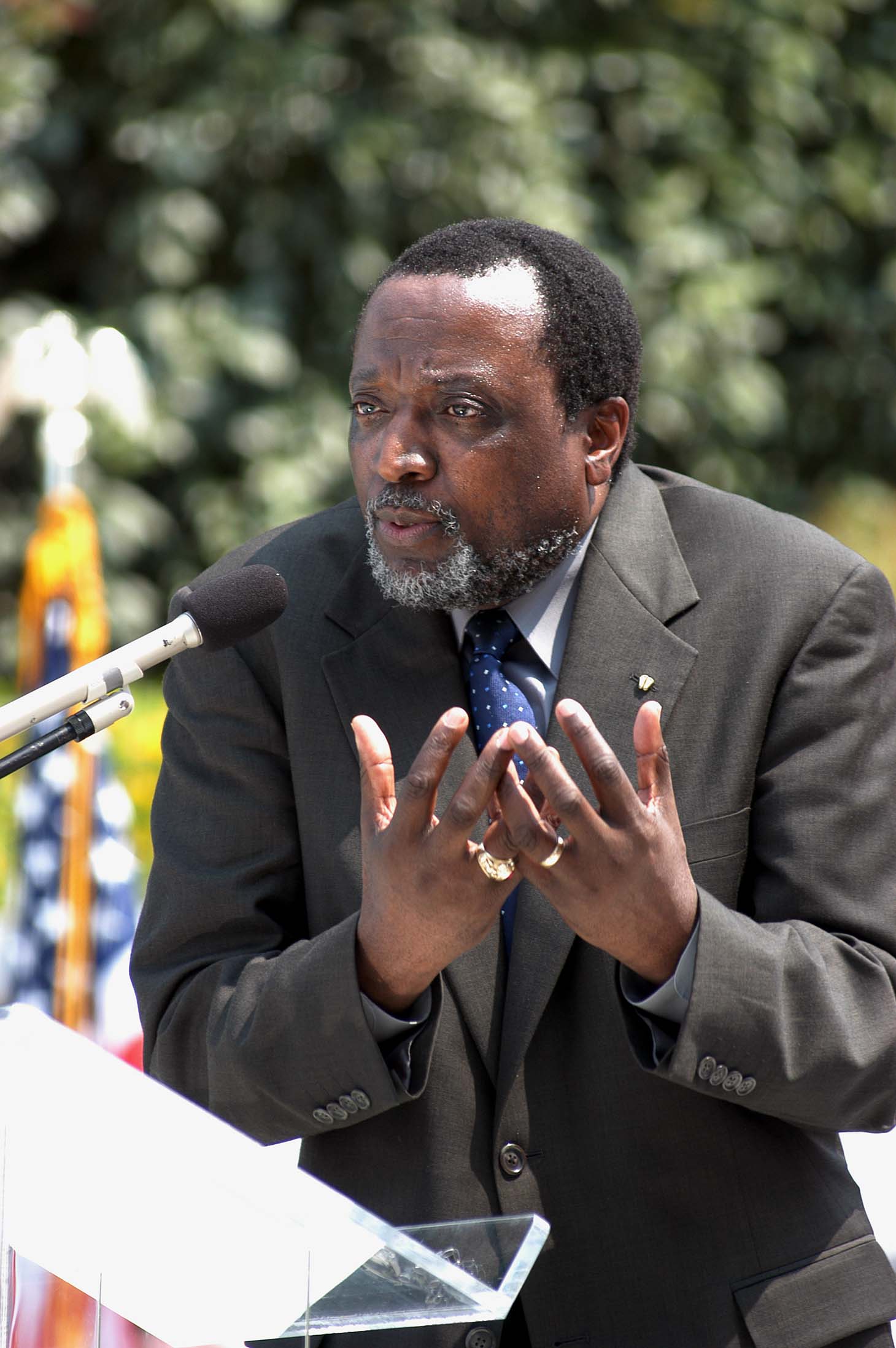 MONTGOMERY, Ala. (BP)–Contrary to popular belief, state-sanctioned churches and religious tests are not unconstitutional and do not run counter to what the nation’s founders believed, former presidential candidate Alan Keyes said at a rally Aug. 16.

Arguing for a radical shift in constitution interpretation, Keyes said that the founders wanted states to make their own laws in matters concerning religion. Keyes, a Catholic, was speaking at a rally supporting Alabama Chief Justice Roy Moore, who has placed a 5300-pound granite monument of the Ten Commandments inside the state judicial building.

Moore has refused to obey a federal court order to remove the monument.

Americans should demand that they be granted “what the tyranny of the courts has sought to wrest from us — the freedom to live in communities that are governed by laws that reflect our beliefs,” Keyes said, adding that what a state does regarding religion is “none of the federal government’s business.”

When the First Amendment was passed, he noted, “there were a majority of states in the United States … where there were religious tests” and there were “established churches.”

If religious tests and established churches were unconstitutional, Keyes said, then they would have been abolished prior to the First Amendment’s passage. Such a state-sanctioned church would be sanctioned not by the federal government but instead by an individual state, he said.

With such a change in American thought, there would be no controversy over a Ten Commandments monument in Alabama, Keyes said. Of course, that would mean that people of a particular faith might decide to avoid living in certain parts of the country. For instance, a Baptist might decide not to live in Mormon-dominated Utah, which logically could have Mormon-controlled schools.

The founders believed that local people “in their states and localities have the right to live under institutions they would put together to govern themselves according to their faith,” he added.

Federal courts today, Keyes said, are “imposing a uniform national regime of disbelief and atheism on the people of this country.”

With such a constitutional interpretation, Keyes acknowledged, Catholicism likely would dominate in the Northeast and Protestantism down South. With a growing Muslim population, a state could even have state-sanctioned Islamic symbols and schools.

“I don’t think it would be likely, but it would be possible,” Keyes told Baptist Press. “It was intended that folks who were of a similar persuasion in terms of religion would be able to establish communities. That’s what the first colonialists to America did.”

Keyes said that today there are places he would rather not live — such as San Francisco.

“It’s a beautiful city, a wonderful place, but it has come to be dominated by forces” Keyes disagrees with.

But in such a constitutional interpretation, a state would be forbidden from violating “the fundamental rights of individuals,” he said.

In the civil rights movement in the 1960s government officials were defying federal court orders in an attempt to violate the individual rights of blacks, Keyes said.

“[But] today it is the courts that are seeking to violate that basic principle, and the people of Alabama are demanding that it be respected,” he said.
–30–
(BP) photo posted in the BP Photo Library at http://www.bpnews.net. Photo title: FIGHTING UNIFORM REGIME.