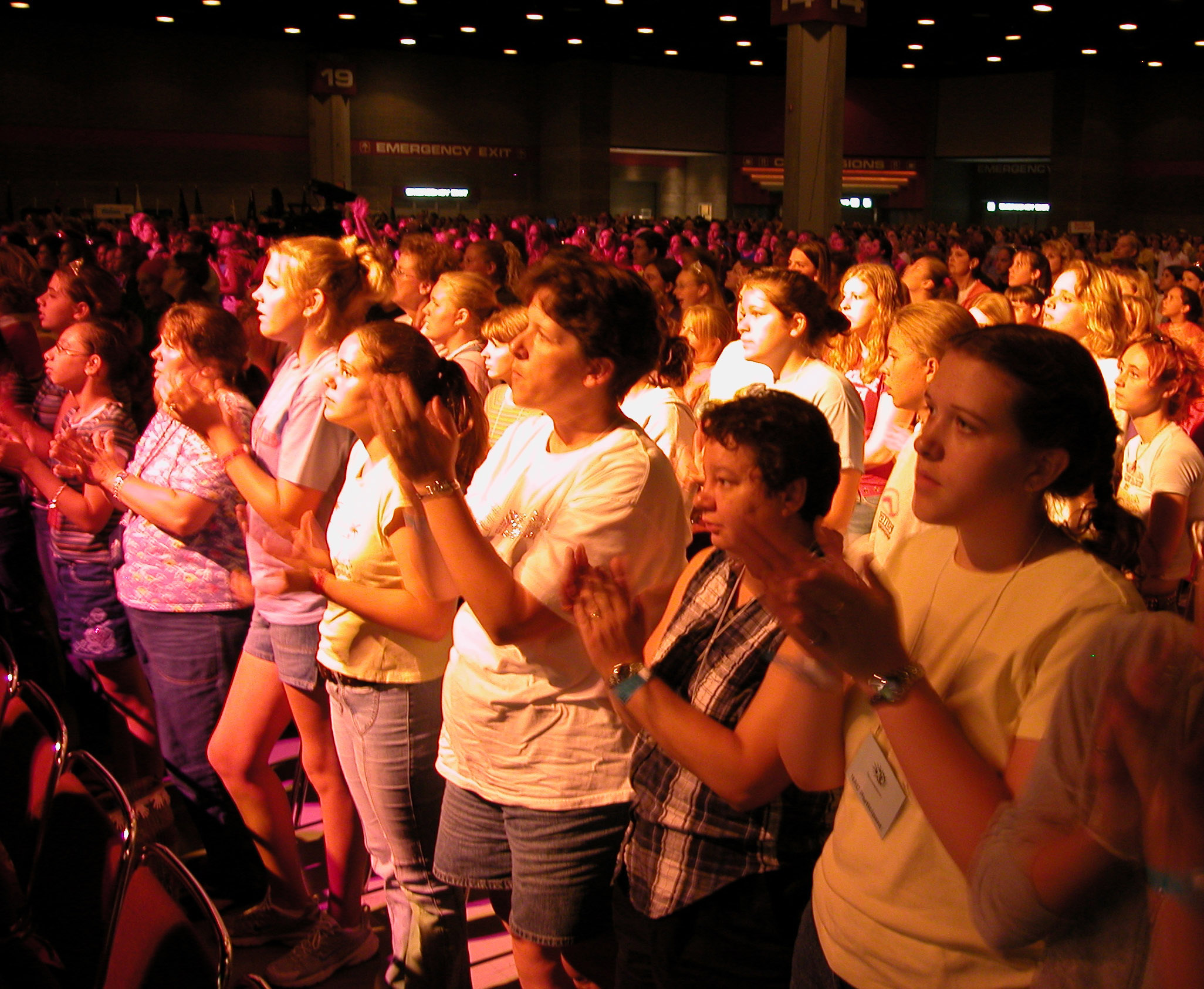 NASHVILLE, Tenn. (BP)–Greg Benno, an International Mission Board worker in southern Africa, encouraged 6,500 Acteens July 30 to go to the nations, give money for missions or pray for unreached people out of a love for the Lord, not because of a conference or any other reason.

“We hope you’re having a great time here, but our message more than anything is fall in love with Jesus,” Benno said.

The teenage girls in grades seven through 12 have gathered in Nashville, Tenn., for the National Acteens Convention, with the theme of “SyncroNations.” During their time at the conference, the girls are learning about missions around the world and participating in their own mission projects by helping the schools in Nashville prepare for the return of students.

Before Benno spoke, a group of male vocalists from Zambia gave the teens a slice of African culture.

He went on to explain that in Zimbabwe one out of three people are infected with the HIV virus and at a typical high school half of the students have lost a mother or a father to HIV. Benno also reported to the girls that the average life expectancy for a 15-year-old in Zimbabwe is about 32 years.

Benno said he went to Zimbabwe as a missionary Journeyman wondering what a boy like him knew about Africa.

“[God said to me,] ‘You don’t have to do anything other than just be in love with me and walk with me and watch me do amazing things before your eyes,” he said. “That’s what He always said to people in the Scriptures, ‘I will do it through you.'”

The greatest need people in southern Africa have is to know Jesus and understand God’s commandments, Benno told the teens. They are not aware of what God says about sexual purity, and their lack of knowledge is literally killing them. God needs people to go and tell them the Good News that they don’t know, he said.

Lisa Sproull, an IMB worker in Mali, brought news to the Acteens of how God is working even through language barriers in other countries. She told about a certain pastor in Mali who was prepared to preach but was in need of an interpreter. The one who was scheduled could not come, and people were eager to hear a word from the man if only they could understand in their language. Someone ended up bringing a man in off the street to translate the pastor’s message, but there was one problem: He was Muslim.

As Sproull explained, the Muslim man knew the language but his vocabulary did not include Christian words. He was concerned he wouldn’t be able to translate properly, but they asked him to try. During the course of the pastor’s sermon, the Muslim man laid out Scriptures from the Word of God for the people as he translated. Now, Sproull said, the man is searching the Word to see for himself if he believes it.

A teenage girl from Africa then shared some prayer requests for that region. She asked that the Acteens pray for peace in war-torn countries, for a Christian witness among unbelievers, idol worshipers and Muslims, and that God would give the countries God-fearing leaders who really love the people and have their interests at heart.

Vicky Smith, an IMB worker in Jordan for more than 15 years, told the teens that God has put a love in her heart for the people of Jordan, for their language and for their culture. She said Islam is darkness, and she has a love to see the light of Jesus spread in that country.

A man demonstrated a Muslim’s response to the call to prayer, and Smith reminded the teens how Muslims pray five times a day in that manner in an effort to please Allah and earn merit.

“[Islam is] a religion of good works, good deeds — human attempts to draw themselves close to God,” she said.

Smith reported that 99 percent of the people in Jordan are Muslim. Parts of the country, she said, are very dark and oppressive while other parts are just “normal.” She emphasized that Arab Muslims in general are not like the stereotypes that have emerged from recent world events.