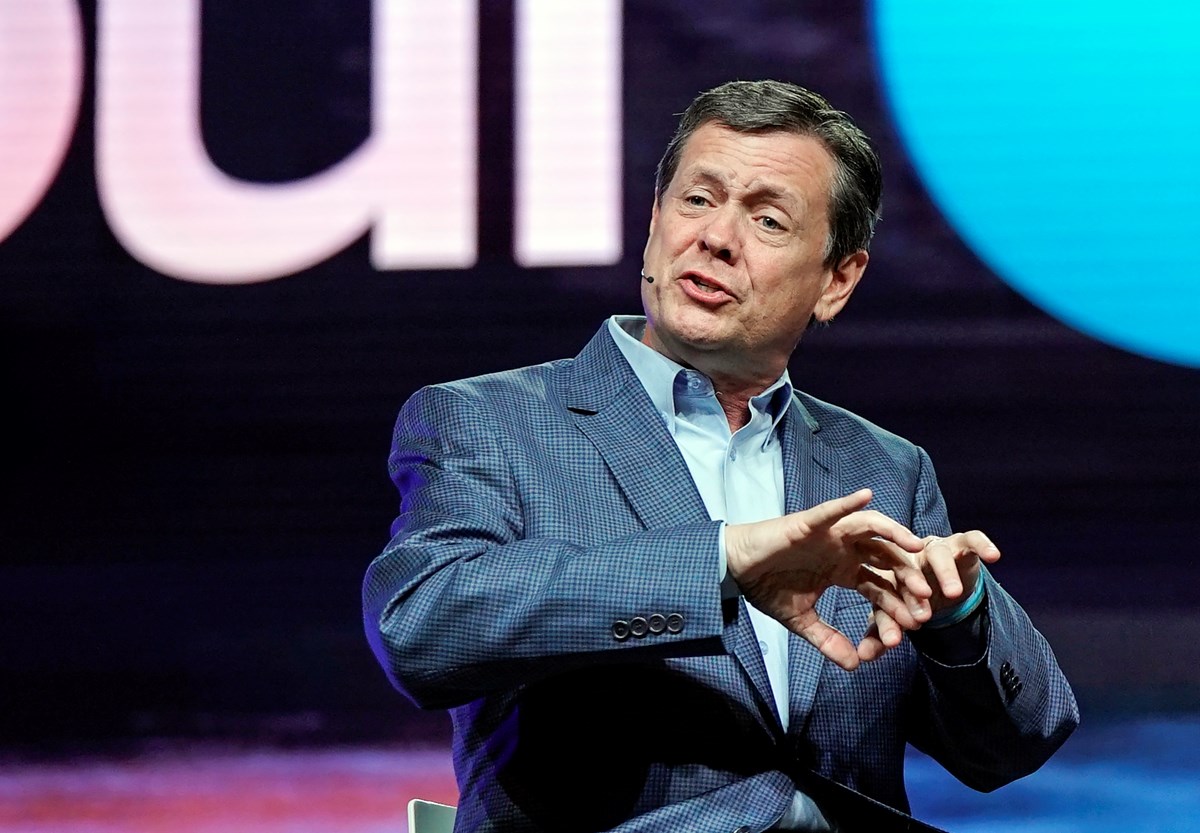 BIRMINGHAM, Ala.(BP) — If 10 percent of church attenders in the Southern Baptist Convention decided to pray for and see one person come to Christ over the next year, Southern Baptists would record the highest number of baptisms in the history of the SBC. Johnny Hunt shared that statistic during the North American Mission Board’s presentation at the SBC’s annual meeting to underscore the importance of the “Who’s Your One?” evangelism initiative. Hunt serves as senior vice president of evangelism and leadership at NAMB.

Who’s Your One headlined NAMB’s time on stage Tuesday morning (June 11) during the annual meeting of the SBC in Birmingham, Ala.

“We’ve got to get our focus back on the ‘ones,'” Hunt said. “Whatever is important to us, pastors, as the leaders, is what becomes important to our people.”

Hunt joined NAMB president Kevin Ezell and SBC President J.D. Greear for a discussion about the importance of evangelism in turning around declining baptism numbers.

“God, help Southern Baptists. God, lay on our heart what’s on Yours. He came to seek and to save that which was lost,” Hunt said. “We can do it. I’m telling you, under God, we can do it. So, we’ve got to lead our people and trust God.”

Greear described the role that every Southern Baptist plays in seeing more people come to Christ.

“When you study church history, you see that every great awakening and massive spread of the Gospel always happened through so-called ‘ordinary’ people, not through people that are in fulltime ministry,” Greear said. “We serve the movement, but we’re not the tip of the spear of the movement.”

Across the SBC, there are different methods and strategies for reaching the unreached that fit different contexts, the report noted. Greear said that Who’s Your One is broad enough to include the various strategies and narrow enough for every Southern Baptist to rally around.

“We are going to turn that number [of baptisms] around,” Greear said, “when every Southern Baptist says ‘the Great Commission is my responsibility, and I’m the one who’s got to cross that relational bridge to bring somebody to faith in Christ.'”

Greear detailed how implementing Who’s Your One in his church, The Summit Church in the Raleigh-Durham, N.C., area, changed the culture to a focus on bringing individuals in the community to Christ. More people are praying for their “ones” and seeing people come to faith, Greear said.

Hunt also shared about the upcoming Who’s Your One Tour which will bring evangelism events across North America to equip and encourage churches to commit to sharing their faith. The events will begin with a Sunday evening of inspiration and encouragement followed by training the following morning.

“I wish every pastor, every staff person and their spouses and your key lay leaders would join us on those evenings,” Hunt said.

Following the presentation, attendees texted in the first name and location of their ‘one,’ a person they are committed to praying for and with whom they will share Christ. A map of North America on the screen filled with points of light to indicate those who were being prayed for.

Ahead of the presentation, NAMB ministries played a role in the SBC’s opening session. Greear presented a $250,000 check from Send Relief, NAMB’s compassion ministry arm, to Birmingham’s mayor, Randall Woodfin. The money will go toward school supplies for students in need.

Maj. Gen. Douglas Carver, NAMB’s executive director of chaplaincy, delivered an opening message ahead of a time of prayer for the United States and its leaders.

Hunt presented a report about the Crossover evangelism events that took place in the greater Birmingham area on Saturday (June 8). Southern Baptist volunteers knocked on the doors of 10,409 homes, had 1,817 Gospel conversations and prayed with 2,251 people. As a result, 364 people came to faith in Jesus.

Immediately before NAMB’s presentation, Ezell delivered his official report to the messengers at the SBC annual meeting. The report focused on NAMB’s primary ministry areas of evangelism, Send Relief and Send Network.

“At NAMB, we are all about the Gospel,” Ezell began. “Everything we do is to help Southern Baptists take the Gospel to North America.”

Hunt has focused on catalyzing evangelism within SBC churches. Ezell pointed to the first major evangelism initiative, Who’s Your One, and the effect it has had across the convention.

“Already we have distributed more than 20,000 Who’s Your One evangelism church kits, 155,000 prayer guides and 1.4 million bookmarks,” Ezell reported. NAMB provides those resources to churches free of charge.

Ezell also highlighted GenSend and GO2, initiatives that engage college students and recent graduates to live on mission across North America and around the world through a partnership with the International Mission Board.

Send Relief continued to send resources and volunteers to Puerto Rico where Hurricane Maria struck in 2017, Ezell said. In 2020, Send Relief will finalize the development on a new Ministry Center capable of housing up to 100 volunteers weekly to serve the island.

“Through Send Relief, we remain committed to changing lives with the hope of the Gospel while delivering the help people so desperately need,” Ezell said. “Nowhere is this on better display right now than in Puerto Rico.”

Along with the compassion ministry emphasis, NAMB also built up its church planting infrastructure on the island.

“Currently there are 12 active plants on the island, more than there have been in at least 30 years. In just one year, reported baptisms among Southern Baptist churches on the island increased by 113 percent,” Ezell reported to applause from the messengers.

Ezell underscored a few other states and regions where baptisms increased in 2018 and tied some of that success to the longevity new church starts are having.

“We have the gold standard in planter assessments, training, coaching and care. The four-year survival rate for our church plants now stands at 80 percent,” Ezell said, which compares to 68 percent in 2006. “This longevity is having an impact in the areas we are emphasizing outside the South.”

More than 27 percent of Southern Baptist congregations outside the South have been started since 2010, Ezell said, and they account for 11 percent of all churches across the SBC. Of churches planted in 2018, 62 percent were non-Anglo or multi-ethnic.

While baptisms continue to be an issue in the SBC, baptism numbers increased in several states and regions outside the South where NAMB’s work is focused. Ezell also stated that more than 18 percent of all reported baptisms in the SBC came from churches started since 2010.

“We are sending planters to the field better prepared,” Ezell said. “We are starting churches that are having staying power. And most importantly they are proclaiming the Gospel, and we are seeing Kingdom results.”