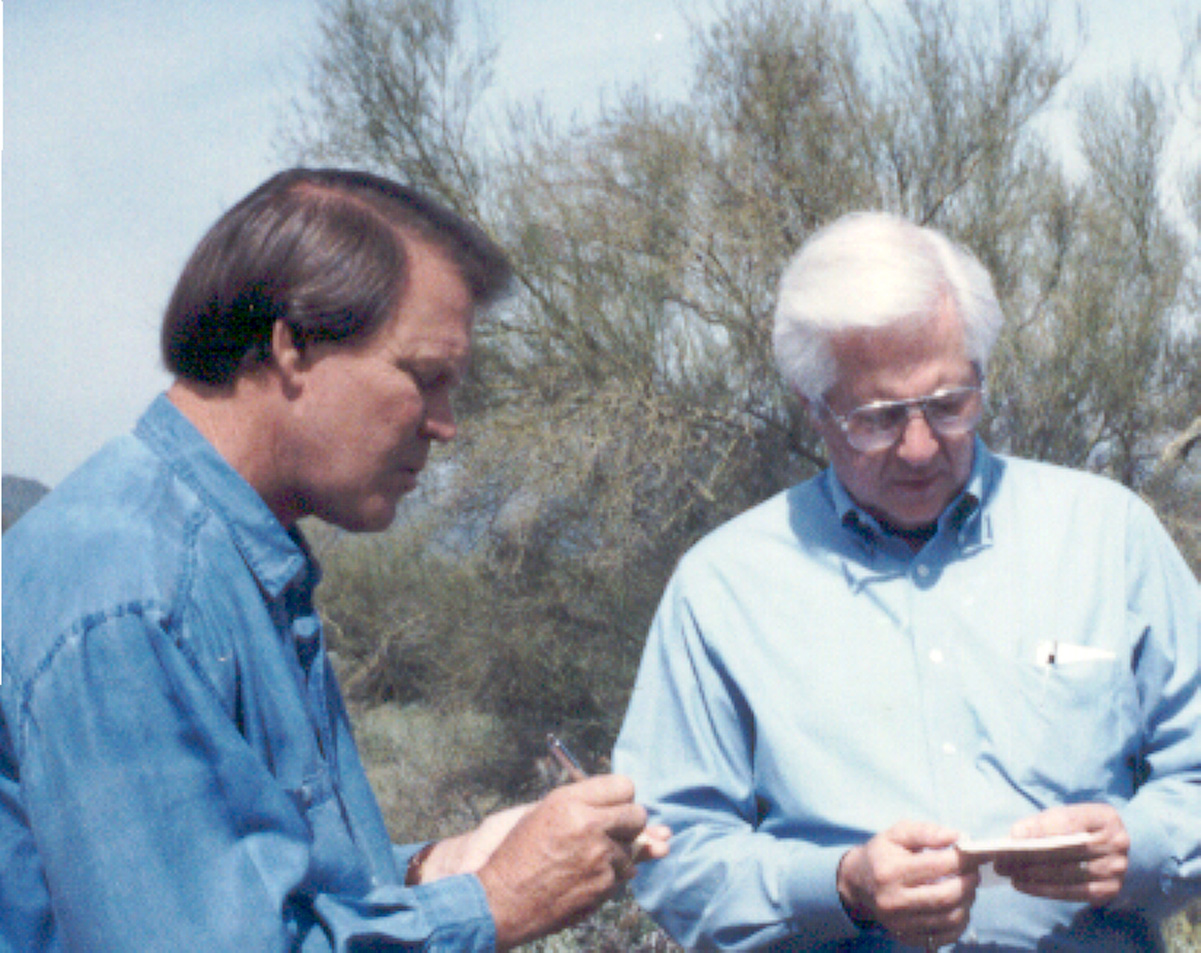 OKLAHOMA CITY, Okla. (BP)–Rosser McDonald had been married six weeks when he announced to his wife he was going to quit his job at a Shawnee seismograph company and look for a job in radio and TV.

McDonald, who grew up in Shawnee, met his wife, Glenda, who is from Seminole, as a freshman at Oklahoma Baptist University.

“I was at OBU one year, found everything I needed — my wife — and didn’t go back,” McDonald confessed.

He said as he was growing up, he thought he might be a politician because his grandmother was one of the leading Democrats in the state.

“If you were going to run for governor in Oklahoma, you were obliged to go by and see Mrs. Pigg,” McDonald said of his grandmother.

However, as McDonald was deciding on his future line of work, he said it was a time in his life when when his philosophy was “go with the flow and do what feels good.”

“To be successful in the political realm meant you needed to be a lawyer,” McDonald said. “And I couldn’t imagine spending that much time getting a law degree.”

He said he really didn’t know why he was interested in radio and TV, but put his application in at stations all across the state.

He was hired by KUSH radio in Cushing, making half the money he did with the seismograph company.

“I worked the early shift, doing a little bit of everything, including helping with the news during the noon hour,” McDonald said.

He was there a year, then went to a Bartlesville station which had had nine disc jockeys in six months, and was there six weeks.

He then went to work for KADA in Ada where he did radio and part-time work for the TV station, which was his first TV exposure. He was there two months when an Okmulgee station called with a full-time job offer. He later moved back to KADA where he did news, sports, farm show and weather for more than five years.

His next move was to KVOO in Tulsa where he was a radio and TV news reporter for the NBC station.

He later spent five years as a reporter and weekend news anchor at WFAA, Channel 8, in Dallas. It was while he was in Dallas that he heard about the Southern Baptist Radio and Television Commission.

McDonald, who grew up in the Christian Church, said he had been a Southern Baptist since he married, and he and his wife had asked the Lord to guide in all their moves from station to station.

The RTVC invited news people to a luncheon, which McDonald planned to attend. However, he got tied up with a story, and didn’t get there. He called and explained he wanted to come to the lunch, but didn’t get to. He was set up with an appointment with the head of the RTVC, Paul Stevens.

“When I met with Stevens, I had no thought of a job, because I didn’t know what the Radio/TV Commission did,” McDonald said.

At the time McDonald met with Stevens, he was looking for another job because WFAA had brought in a news director who had already fired some people, and told McDonald he’d probably enjoy working somewhere else. There was a strong possibility he would be going to work at the NBC affiliate in Los Angeles.

But God had other plans for Rosser McDonald, and he started working as a producer for the RTVC Dec. 1, 1973.

He came to the RTVC as an award-winning journalist, having won a KATY Award from the Dallas Press Association, and Associated Press Documentary Award about the Texas Prison System and an award from the Texas Medical Association for a documentary on marijuana.

When he came to the RTVC, he said the ministry consisted of programs produced by the Commission which TV stations used as public service time.

“These would generally be run on Sunday morning or Sunday evening,” McDonald said. “But when TV evangelists saw they could raise money on TV, they began buying the time, and stations moved our programs to early Sunday mornings, like 2 a.m.

He said the RTVC began to question the value of showing programs in those time slots as a ministry, and then deregulation did away with public service time anyway.

McDonald pointed out that about the time public service time was going away, things were changing at the Commission. Stevens retired, and Jimmy Allen became head of the agency. That’s when ACTS (American Christian Television System) was formed as a cable network, which took a lot of time and money, McDonald said.

At this time, the Commission was $10 million in debt, and survival was a key concern. Jack Johnson became president, and was able to alleviate the debt.

“Jerry Falwell gave us FamilyNet, with the only stipulation being that he retained his program on the network,” McDonald said.

When the Radio and Television Commission became a part of the North American Mission Board during the restructuring of Southern Baptist entities, David Clark became head of the RTVC.

“We didn’t want to give up being our own agency, but it has been a good thing,” McDonald admitted. “We have more visibility and a larger budget than as a separate agency. The part RTVC plays has grown rather than shrinking.”

During McDonald’s 27 years with the RTVC, he has traveled on six continents and won awards for his documentaries, including two Emmy nominations. He has produced eight one-hour documentaries for NBC hosted by celebrities such as Dean Jones, Dick Van Patten, Tom Landry, Joseph Campanella, Glen Campbell, Tom Lester and John Schneider.

He has produced “Listen,” 15-minute documentaries with spiritual application; “Profiles,” 30-minute programs featuring Baptist leaders; “Life Today,” “JOT,” “Our World,” a magazine format featuring Christians in all walks of life; “Invitation to Life,” vignettes of changed lives; “Thanksgiving,” a 30-minute special for NBC, hosted by Tom Landry; “Family Enrichment Series,” and has produced 23 editions of “The Call,” which are stories of people God is using because they responded to His call.

McDonald, who retired from the RTVC March 31, said so much of what the Commission and others in Christian TV have done has not been good TV.

“FamilyNet has turned a major corner in this regard,” he said. “We still have some programs not to be proud of, but it is improving.”

He added that during his 27 years in Christian TV, he has seen several transitions, “some because Satan was fighting against us, and some because we did not have the right direction from the Lord.”

“But the last 10 years, I believe we have been on track, and the Lord is blessing the efforts and allowing us to do some effective ministry,” he said.

McDonald, who is a deacon and Sunday School teacher at Ridgelea Church in Fort Worth, said his next project is to take the stories from “The Call,” and make movies out of them.

“This is good Christian programming because these are stories of real people and difficulties they have gone through,” McDonald explained. “These are people you look up to and can see the love of God in their lives. This is how you communicate the Gospel to a lost person.”

He said distribution of Christian movies has always been a problem, but there is a company now which is doing good family entertainment and making inroads into distribution.

“Distribution has always been a bottleneck,” he noted. “It’s handled by a few companies, and they have always controlled the doorway to theaters.”

McDonald said his role will be finding real stories of real people, researching the stories and getting them into the hands of those who can make them into movies.

“We need to put them into the hands of someone who will do the story consistent with biblical principles and Christian values,” he said.

Sounds like a big task for someone who is retired.

But as McDonald says, “You don’t retire from the Lord’s work.”
–30–
(BP) photo posted in the BP Photo Library at http://www.bpnews.net. Photo title: ROSSER McDONALD.