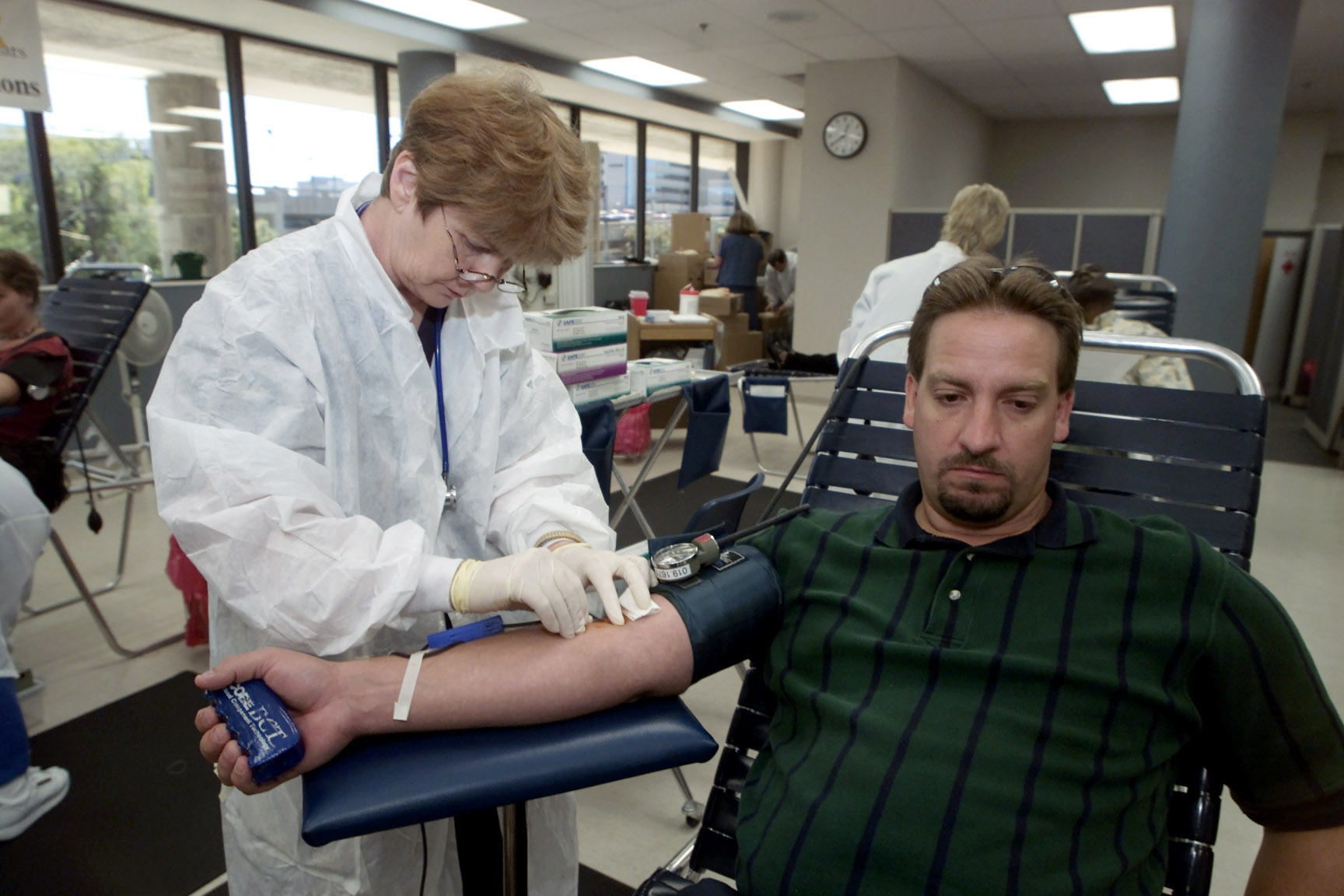 ALPHARETTA, Ga. (BP)–The question on the minds of many Southern Baptists in the wake of terrorist attacks in New York and Washington is, “What can I do to help?”

Jim Burton, director of volunteer mobilization for the North American Mission Board, stressed that individuals should not go to the affected areas as volunteers unless they are part of a sponsoring organization. “Sudden Unsolicited Volunteers” (SUVs) commonly become an added logistical problem for relief agencies, he said.

Plenty of other opportunities to make a difference abound, however, both in this crisis and in future needs as they arise, Burton said.

— Prayer. Christians began responding within minutes of the news, but Burton stressed that Southern Baptists should continue to “bathe this entire scenario in prayer, praying for the protection of the volunteers as they go and minister, certainly praying for the healing of the victims, and that God would be glorified in the process.” One avenue for prayer is www.sbcpray.net.

— Financial support for Southern Baptist Disaster Relief operations. One of the biggest needs with this particular mobilization promises to be travel expenses for volunteer chaplains — working both alongside the Disaster Relief units as well as with other avenues — providing grief counseling and pastoral care, Burton said. Significant expense related to the operation of feeding, communication and shower units also will be incurred, he said.

“Southern Baptists could easily expend $1 million on this response, which would be dependent on donations,” he said. “I think one of the most tangible and immediate things we can do is be to contribute to the effort.”

All of the donations go directly to funding Disaster Relief needs, not for administration costs.

A provision for donating by credit card online is accessible through www.namb.net. Individuals also may send a check designated for Disaster Relief to the North American Mission Board, 4200 North Point Parkway, Alpharetta, GA 30022. Burton also encouraged churches to link to the NAMB website to keep their own members informed on what is being done and how they can help.

Jack Wilkerson, vice president for business and finance with the SBC Executive Committee, noted Sept. 12: “We’ve begun hearing from people who want to do something tangible to help the suffering people of New York City and Washington, D.C. during these terrible days … if they can send offerings here for these disaster relief efforts. Our desire is to facilitate this and to make it easy for folk who feel the Lord is leading them to help in this way.

“Of course, many people will send their offerings to the North American Mission Board directly, and others will give through their home churches and state conventions. In addition to those avenues, we will also receive direct donations designated for use by SBC disaster relief teams and will forward them as they come in.” Direct donations, designated “Disaster Relief,” can be addressed to: Executive Committee, Business and Finance Division, 901 Commerce Street, Nashville, TN 37203.

Further information about the Disaster Relief efforts of Southern Baptists can be accessed at NAMB’s websites www.namb.net and www.namb.net/dr; at the SBC website www.sbc.net; and through Baptist Press, www.bpnews.net.

— Find opportunities to minister personally to those around you, whether they are stranded travelers or friends and co-workers affected by the crisis. Burton told a story of how his own wife was sought out at her office the day of the attacks by a parcel delivery driver who feared for her own safety and needed someone to pray with her. Another NAMB employee led his son to Christ as a result of their conversation about the events of the day.

“I think as much as anything our friends and our neighbors are seeking answers to the big questions: Where’s God? Why do bad things happen? Why does evil prevail?” he said. “We need to be prepared to listen, let people share their frustrations, pray with them — and also to share our faith in Christ. It is often through situations such as these that hearts are most receptive.”

— Give blood. As has been mentioned repeatedly in news coverage, thousands have responded and more are needed to donate blood through local blood centers to replenish supplies being shipped to the affected areas.

— Register for future volunteer ministry. While it might be difficult for Southern Baptists who are not already part of a volunteer network to find good opportunities to personally volunteer, Burton encouraged individuals to register on the Volunteer Mobilization Information System at www.volunteers.namb.net to prepare for future needs. Individuals interested in joining the 30,000 trained Southern Baptist Disaster Relief volunteers should contact their local state convention.

LifeWay Christian Stores, meanwhile, has been working with the North American Mission Board to offer disaster relief in 50 cities near major U.S. airports that have coped with stranded travelers. Relief efforts may include food, water, clothing, grief counseling and spiritual ministry. LifeWay Stores will provide evangelistic tools and tracts and grief response materials to directors of missions in the area. Directors of missions (or someone they have appointed) can visit a nearby LifeWay store and ask to speak with a manager who will provide the DOM with the materials he requests.
–30–
Art Toalston contributed to this article. (BP) photos posted in the BP Photo Library at http://www.bpnews.net. Photo titles: ONE WAY TO HELP and THOUSANDS.