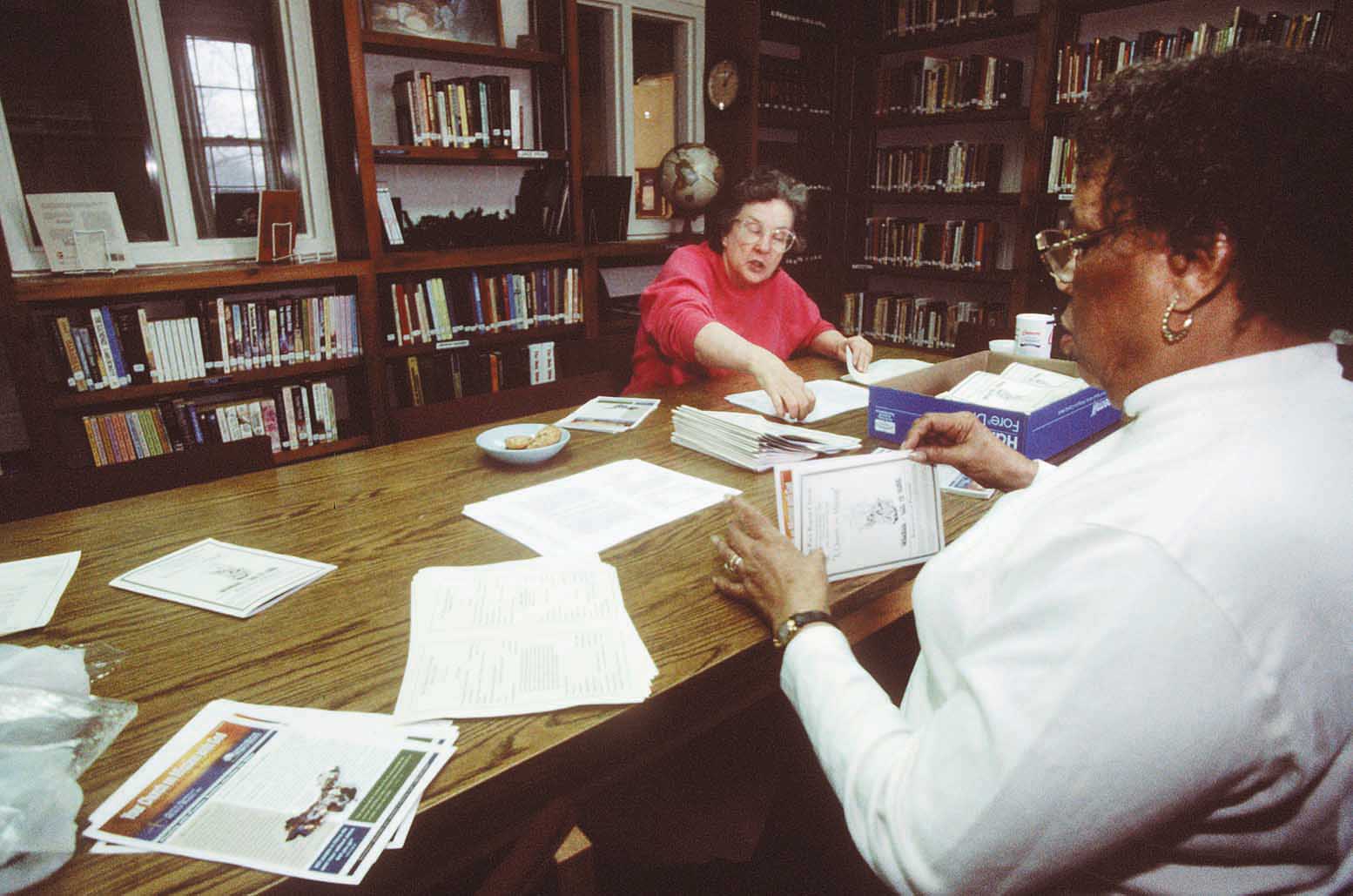 When pastor Gary Javens asked them to think about all the people they see during an average week, Harry Guy was surprised to realize he comes in contact with about 300 people each week.

Guy, a deacon at Clifton Park, is in his first semester of FAITH, a strategy combining evangelism and Sunday school.

“I’m just talking about the five days that I’m at work,” Guy said. “That’s a lot of people I can share with.”

The church is in its second semester of FAITH. Ten teams of three meet each Thursday evening to study the FAITH materials, practice their sharing techniques and then visit people who need ministry or need to be reached.

Using Guy’s numbers as an example, Javens urged the FAITH teams to be alert to the opportunities they have to witness in their daily routines. Even considering that some of those 300 people Guy sees already will be Christians, there are still many who need to hear the gospel. “Be ready,” he said.

After a brief study time on Thursday night, Jan. 11, the teams went out.

After being welcomed into the apartment, the pastor greeted the family and asked about the children.

The father, Abdul, courteously told Javens he didn’t want the children to be involved at the church any longer. “We are Muslim,” he said, “and are teaching the children from the Koran and don’t want them to be confused hearing one thing here and something else at your church.”

Being respectful of the man’s words, Javens told him that was certainly his right as the children’s father and commended him for taking an interest in his children’s religious teaching.

But then, he asked Abdul the FAITH key question, “What, in your opinion, does it take for someone to go to heaven?”

When Abdul said he believed that someone who followed the Five Pillars of Islam would go to heaven, Javens readily listed them. Abdul seemed surprised, but honored, that Javens knew that much about Islam. After a brief discussion about the five pillars and what they meant, Javens asked if he could share what the Bible says about what it takes to get to heaven.

“I will always listen when someone speaks about God,” Abdul replied.

Javens gave the FAITH presentation to Abdul and then asked if he would like to turn to Christ.

Although Abdul declined to accept Christ, Javens said, “At least now I know Abdul has heard the gospel and can think about what we talked about. The seeds have been planted.”

The evening’s second FAITH visit was to a man who had visited the church the previous Sunday.

The team knocked on the door, asking if Noah were at home. He was not, but his wife, Michelle, answered the door and was crying. The pastor introduced himself and the FAITH team, telling her they were from Clifton Park Baptist Church and had come to see her husband. Then, he asked if there were anything the team could do for her.

Michelle invited the team in, telling them she had received word that day that her 89-year-old grandmother had died. Michelle was making arrangements for her, her husband and their daughter to leave for Ohio.

The team listened as Michelle shared some memories she had about her grandmother. Talking seemed to help her feel better. Before leaving, everyone joined hands and prayed for Michelle and her family.

As they left, FAITH team member Winsome Dawes hugged Michelle and told her that she would be praying for her.

“You never know what you’re going to walk in on,” Javens said on the way back to the church. “You just have to be ready for anything.”

FAITH originated at First Baptist Church, Daytona Beach, Fla., and has been introduced to Southern Baptists by LifeWay Christian Resources. FAITH is endorsed by the North American Mission Board.
–30–
(BP) photos posted in the BP Photo Library at http://www.bpnews.net. Photo titles: MINISTERING and PREPARING.