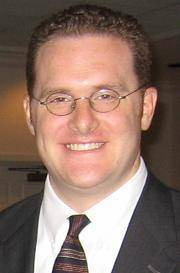 DALLAS (BP)–As I type this essay, Dr. Phil is holding forth on “Larry King Live.” He’s saying that there was no way that anyone could have predicted that the troubled Cho Seung-Hui would have perpetrated the awful massacre at Virginia Tech on Monday.

Dr. Phil makes his case as controversy has already erupted over the university’s failure to prevent this tragedy by failing to respond to early signs that Cho was a troubled, depressed person. Dr. Phil advises, “There is no answer to ‘why,’ so the question becomes ‘what.'” What ought survivors to do now to cope with this meaningless catastrophe?

It hasn’t even been a week since the shooting occurred, but many of the talking heads are already telling us what to think about the massacre and whom we should be blaming. Many pundits are blaming the administration of Virginia Tech for not locking down the school after the first shootings, and others are blaming the government for lax gun laws.

I have to say that while I am thankful for thorough coverage of this story, the “analysis” and emoting by news correspondents has been very superficial and at times very manipulative. There seems to be a rush to find someone to blame for failing to predict and prevent Cho from his murderous rampage.

But why do people feel the need to blame someone other than the shooter himself? Could it be that people have a visceral sense of the great injustice of it all and that they desperately want someone to pay the penalty for this crime? Since the shooter took his own life, I imagine that people are feeling that justice has been denied. So now, perhaps without even thinking, people seek to exact their pound of flesh from someone, even if that someone had nothing to do with the crime but merely lacked the prescience to prevent it. Someone must pay.

I suspect that the rush to blame is a rush to judgment and that it’s too soon to be making such accusations at this point. Yet this rush to blame, the gut instinct to hold someone accountable, does reveal the innate sense that all people have that things have gone terribly wrong and that they need to be set right. In other words, the rush to blame represents people’s inner desire to see justice.

This public cry for justice presents Christians with a unique opportunity for Gospel witness. After all, only the Gospel gives answers to the deepest questions raised by the shootings, and the deepest questions have nothing to do with gun laws or shortsighted college administrators. The important questions include, (1) Why is there evil in the world? (2) How do people like Cho become capable of such heinous evil? (3) Where was God during the massacre? (4) Who’s going to make this right? (5) Who will care for the broken-hearted who were left behind? These are important questions. Indeed they are ultimate questions, and arguments about gun laws and about who’s to blame won’t answer any of them.

That is why it is so important for Christians to use this moment to bring the claims of the Gospel to bear upon people’s reflection on this tragedy. It’s easy to get sidetracked by letting the talking heads in the media set the agenda for our discussion. But when we do that, our witness gets lost in the banality of superficial, non-essential matters. So let’s refuse to be relevant on the world’s terms and discipline ourselves to be relevant on the Gospel’s terms.

As Christians, we don’t offer the world the therapy of Dr. Phil or the superficial analyses of media pundits. We announce the Gospel of Jesus Christ who was crucified and raised for sinners and who will one day return to make all things new. The coming kingdom of Christ is the only thing that will ultimately satisfy the instinctive human desire for “justice.” And we have the privilege to spread this joyful message — especially in dark days such as these.
–30–
Denny Burk is assistant professor of New Testament at the Criswell College in Dallas, Texas.