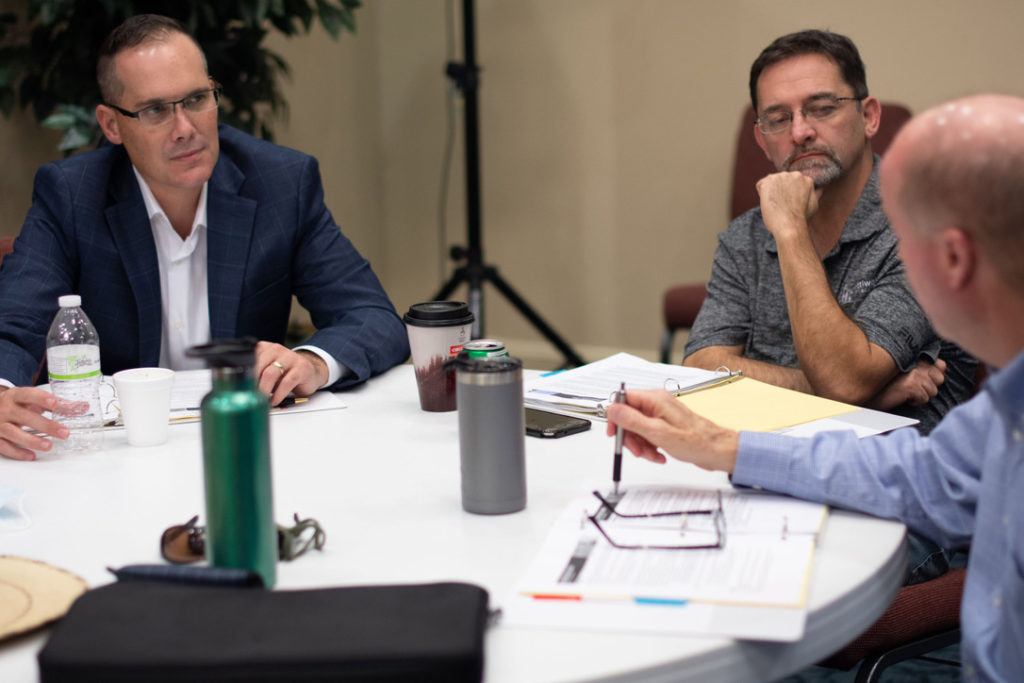 Editor’s note: Sunday, October 23, is the Day of Prayer for Associational Missions in the Southern Baptist Convention.

NASHVILLE (BP) — Associational leaders get a perspective on ministry others don’t. They have a broad view from working with churches of various sizes and contexts, but each congregation also carries its own DNA. It requires you to work at ground level while also connecting churches to a broader ministry context with national entities.

It’s a lot of moving parts, and one of the reasons the Day of Prayer for Associational Missions Oct. 23 is so important, Ray Gentry said.

“Associational Missions Strategists (AMSs) of the 21st Century are leaders of leaders, vision casters and mission strategists assisting churches in collaborating together for Gospel advance,” said Gentry, AMS for Southside Baptist Network in McDonough, Ga., and president/CEO of the Southern Baptist Conference of Associational Leaders (SBCAL).

“Baptists saw the need and formed the first associations in North America in 1707, and they continue to be an effective way for Baptist churches who want to collaborate and cooperate together to do so for leadership development, church planting, church revitalization, evangelism and more,” he said.

Free devotional prayer guides and bulletin inserts for this year and the nine preceding it can be found at the Associational Missions Emphasis website, a collaborative effort between SBCAL and the North American Mission Board.

As churches can go through the revitalization process several times in a span of 10 years, Rumbough said, various prayer guides can apply to specific ministry needs.

“There is a need to do an internal inventory of where you are as a believer and how you want to pray for yourself, your church and your community,” said Rumbough, who is also the SBCAL Associational Missions Emphasis coordinator. “We wanted those devotional guides to be available to churches and leaders.”

Associations provide resources for individual and church growth, but also opportunities to stretch into missional roles.

“We’re not a sending agency of any sort, but we are definitely a promoter of missions,” Rumbough said. “We help churches get connected to mission points [such as] the North American Mission Board, International Mission Board and our state conventions. They help us identify mission projects out there.”

He has witnessed Lexington Baptist Association churches take part in vision trips that have led to involvement. Currently, the association has a goal to send its pastors to 10 NAMB Send Cities over the next five years to engage in missions partnerships. So far two have done so.

Internationally, Rumbough’s association has partnered with the IMB to identify similar missions possibilities, with three of his association’s pastors having traveled to look at those opportunities.

“We also want pastors to realize that they are not alone,” he said. “We have pastor cohorts and small group meetings to help them know this.”

“For associations to be all they can be for God’s glory, prayer support is needed in a spirit of humility, unity and cooperation for kingdom advance,” he said. “Pray for adequate financial support and for the active participation of pastors and church leaders. We are better together!”

Rumbough, in travels with SBCAL, has noted a growing prayer emphasis.

“There have been significant movements taking place in our associations across the country,” he said. “It is being supported and energized by the spirit of prayer in our churches.” Revitalization is the theme for Sunday’s Associational Prayer Emphasis