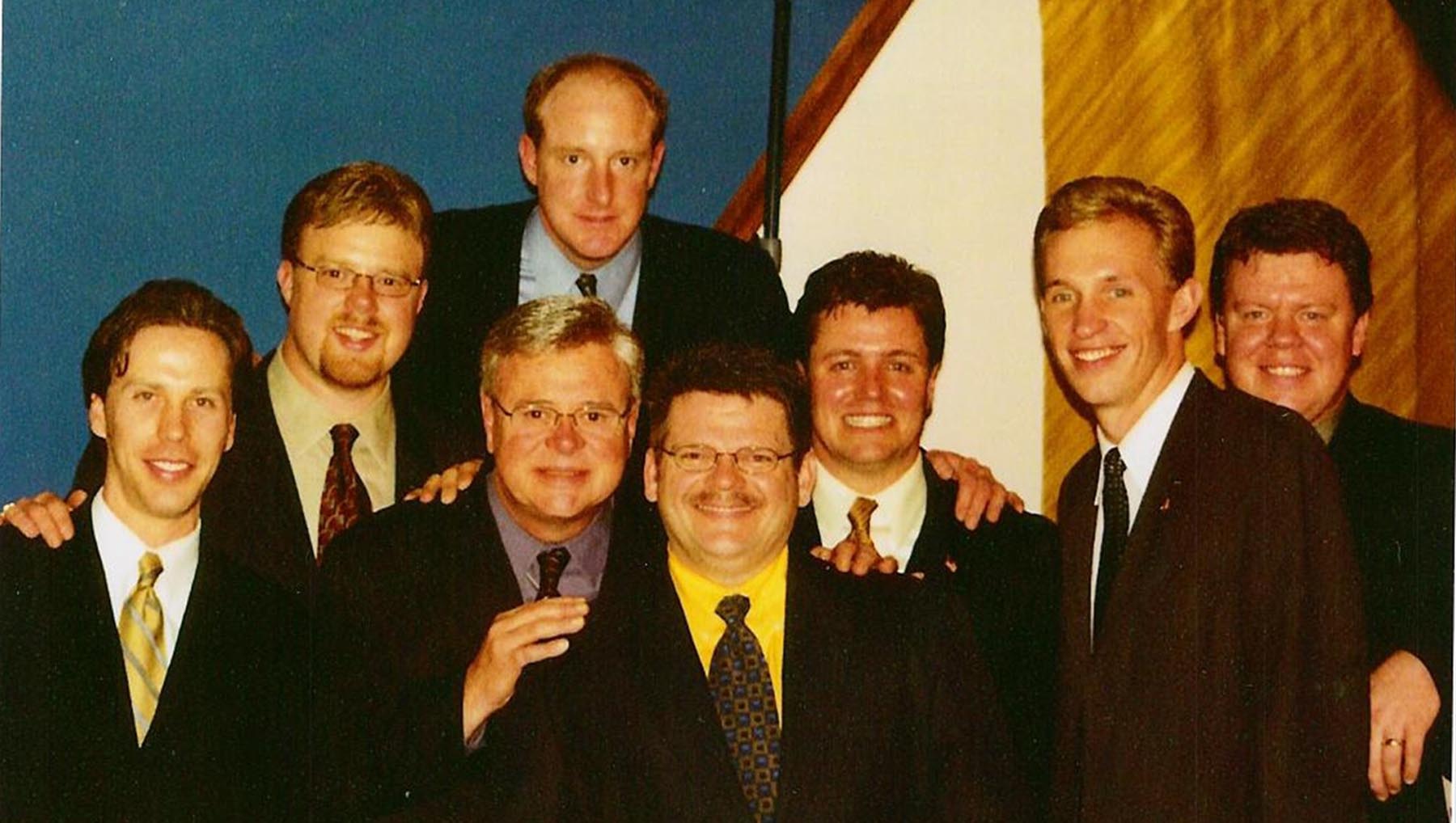 SALEM, Mo. (BP)–Southern gospel music fans may not know his name, but they know his songs. “I Believe” and “I’m Not What I Was” — both performed by the award-winning Gold City Quartet — finished in the No. 2 and No. 11 spots, respectively, for 2002, according to the Singing News Top 40 Chart, the official chart of Southern gospel music.

“To know that my songs are being played all over the United States and in other countries and to see them do well on the chart is so humbling,” Mathes said. “I can’t believe that God would use my simple songs, yet I have watched Gold City perform them in concert and have seen the response from the crowd, and that is worth more than I could share. To see people singing along, wiping a tear, shouting for joy and smiling from ear to ear is such a blessing.”

“I Believe” also received 2002 Song of the Year nominations from the Southern Gospel Music Association and the Singing News Fan Awards. The Daywind album on which the song appears, “Pressed Down, Shaken Together, Running Over,” also received a Dove Award nomination for Album of the Year.

It’s been a particular honor to have Gold City perform his songs, Mathes said. Gold City, based in Gadsden, Ala., is one of gospel music’s best-known and most popular groups — as evidenced by their numerous awards, including 11 Group of the Year awards and three Album of the Year awards. The quartet was inducted into the Alabama Music Hall of Fame in 1992.

“When Gold City called about recording my songs on their project, I was so surprised and excited because they have been one of my favorite groups for years. They have been a blessing to my family and me.”

Tim Riley, Gold City’s bass singer for 22 years and a member of North Glencoe Baptist Church in Gadsden, said the group chose Mathes’ songs because they fit Gold City’s testimony. “The songs describe us as Gold City,” Riley said. “His songs are scriptural, and they spark the spirits of the listeners for the Christian walk. God has touched him with the ability to write.”

Gold City also has included one of Mathes’ songs on their latest recording, “Walk the Talk” from Cathedral Records. The song, “Then We Shall Sing,” features traditional convention-style quartet singing.

Mathes said he writes Southern gospel because it is the music he enjoys most. “I love the four-part harmony, the high tenor and the low bass. Even when I was a young teen, Southern gospel music was my favorite style.”

For the past 27 years, Mathes has been singing in a gospel music group on weekends. For 15 of those years, he has been singing with his own group, Heartbeat, which often opens for other quartets, including Gold City. Heartbeat usually sings Mathes’ songs, and the group’s latest CD was produced by Danny Riley of Gold City.

Other artists who have recorded Mathes’ songs include The Lesters, McKameys, Perfect Heart and Amber Thompson.

Mathes lives near Salem, Mo., with his wife, Leisa. They have two grown children.
–30–
(BP) photos posted in the BP Photo Library at http://www.bpnews.net. Photo titles: GOLD CONNECTION and ON THE CHARTS.