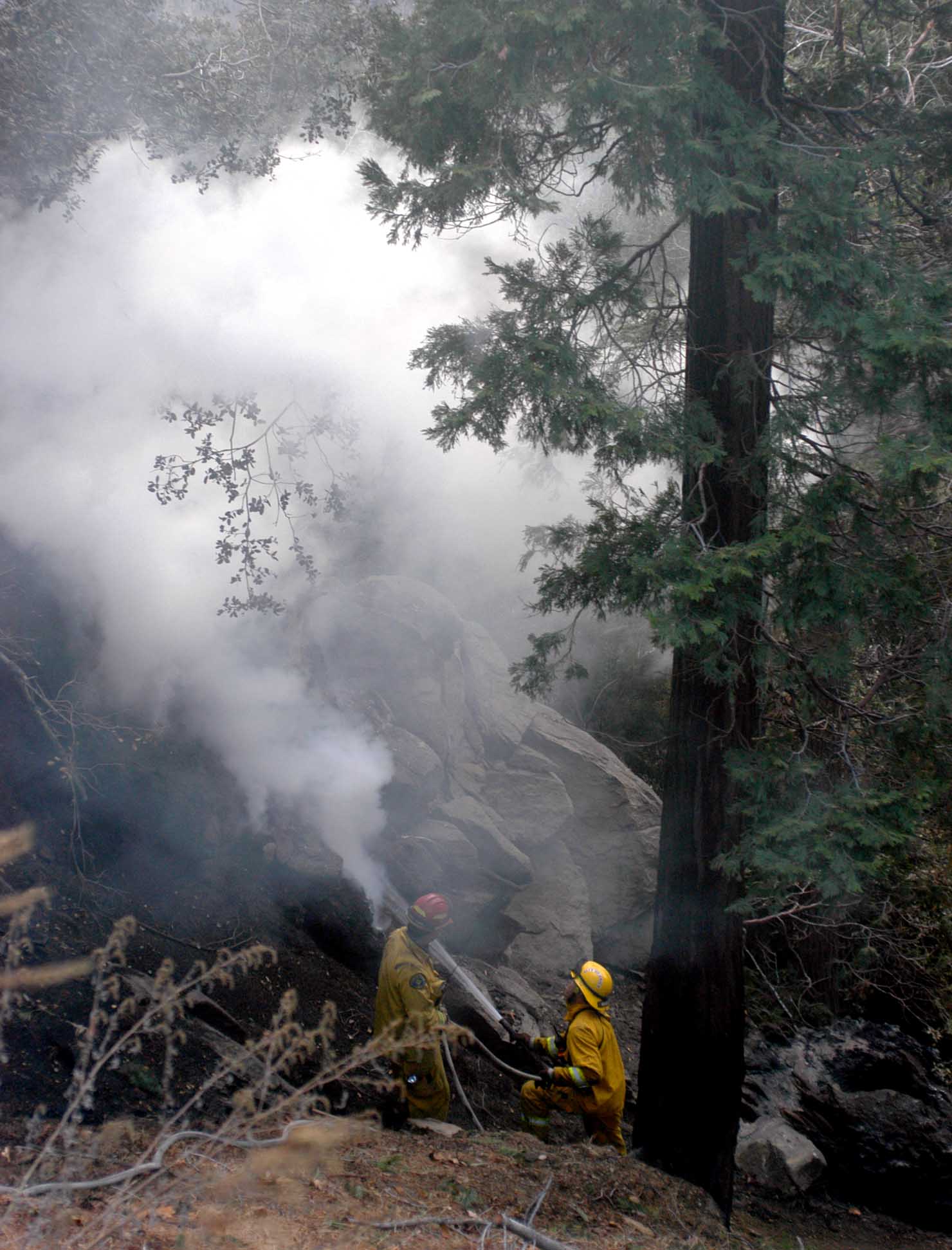 GRANGEVILLE, Idaho (BP)–Imagine a city growing from two people to 3,500 people overnight, each new resident a transplant from some other part of the country.

When firefighters from the Intermountain West are called to battle treacherous and deadly wildfires, that’s exactly what happens. Thousands of seasonal firefighters from all walks of life descend on a camp, risking their lives to save entire towns from infernos that can char millions of acres of forests.

They bring with them the fears and anxieties felt by anyone in extreme danger. And they need spiritual help.

“These men and women are separated from their families. All of the frictions of life, the doubts and misgivings, are amplified for them,” said Allen Lusby, pastor of Mountain Shadows Baptist Church in Grangeville. “We need to be able to minister to the young people who are at that camp, as well as their families back home.”

Lusby and other Southern Baptists are beginning to do just that. They’ve formed the Wild Land Fire Chaplaincy and have begun putting in place a network of trained workers to minister to those on the fire lines. With help from the Utah-Idaho Southern Baptist Convention, Lusby hopes to have teams of responders trained and ready in three intermountain states when next summer’s fire season begins.

While the South has its tornados and the East Coast its hurricanes, most communities out West never experience such natural disasters. Except those touched by wildfires. And the result often is catastrophic. Consider recent fires in Southern California that have scorched more than 750,000 acres, killed 22 people and destroyed more than 3,600 homes. Damages are estimated in the billions of dollars.

Lusby, a pastor and retired engineer who moved to north-central Idaho six years ago, became burdened for backcountry firefighters when he saw no one reaching out to them in a coordinated way. And even firefighters who did get some help by volunteers often were forgotten once they left the fire lines. Many firefighters struggle with fear and depression, while others battle addiction or are working in the backcountry to get away from something back home.

Last summer, Lusby and a handful of volunteers visited a 2,500-acre blaze near Riggins, Idaho, and experienced firsthand the hunger for the Gospel among firefighters. Nearly 350 personnel were called to fight that fire, and Lusby said two of them gave their lives to Christ.

For Lusby, who suffers from multiple sclerosis, the ministry has brought healing — and passion. He could barely walk with a cane last June because of his muscle disorder, but now can hike for miles and pull his weight on the fire lines.

“I kept saying, ‘God, I have MS and I can’t do this,'” Lusby said. “But God doesn’t call us to be comfortable…. He calls us to go over the edge. These people need someone who can be a light and show them the way.”

Although the Wild Land Fire Chaplaincy needs volunteer pastors and laypeople, Lusby cautions that it is not a good candidate for those looking for summer “mission vacations.” It’s too dangerous.

“There’s a lot of people out there who go on mission vacations … but this is a commission,” he said. “People looking to get their card punched need not apply.”

Eric Frye, the ethnic and chaplaincy consultant for the Utah-Idaho Southern Baptist Convention, said Lusby’s idea is something that has never been tried before and is in its infancy. The ministry also faces the obstacle of getting permission from federal forest supervisors who control access to major wildfires.

“We’re in the very early stages,” Frye said. “But we’d like to be a resource for people who are called to go out on one of these fires.”

Roger Kechter, a fire incident commander for the Idaho Department of Lands, gave Lusby and his team permission to access crews at the Riggins fire last summer, and understands the need for ministry to firefighters.

“People are far away from their homes and their churches,” Kechter said. “They may need someone to talk to.”

Said Lusby, “Who in their right mind with MS wants to go up on a fire line and share a cup of cold water? That’s going to the edge in missions. God’s going to open the doors for us … we just need to follow through.”
–30–
For more information on the Wild Land Fire Chaplaincy outreach, call Allen Lusby at (208) 983-2905. (BP) photos posted in the BP Photo Library at http://www.bpnews.net. Photo titles: WILDFIRE CHAPLAINS NEEDED, GEARED UP, A FRESH TEAM and CHOPPERS & CHAPLAINS.