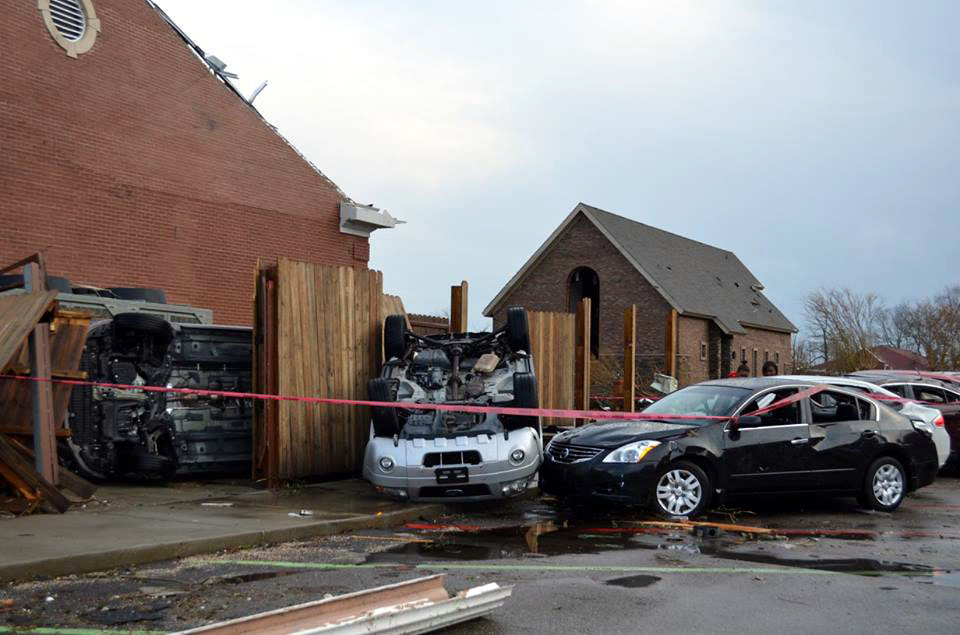 NASHVILLE, Ga. (BP) — As the Southeast recovers from a deadly storm system that swept the region Jan. 21-23, Georgia Baptists are mourning the deaths of an elderly couple who were members of First Baptist Church in Nashville, Ga.

The Georgia couple, Russell and Ann Nix, died early Jan. 22 when a tree crashed through their home, according to Georgia Baptists’ Christian Index newsjournal. They were among 15 people who lost their lives in south Georgia as a result of tornadoes.

In all, 20 deaths and 34 tornadoes have been confirmed in the Southeast Jan. 21-23, Weather.com reported.

Keith Stewart, pastor of First Baptist Church in Nashville, said deaths within the congregation were “sad and shocking.” Funeral services for the Nixes are scheduled Jan. 25 at First Baptist.

“You just don’t expect to lose members like that,” Stewart told the Index. In addition, “three or four of our members’ homes” sustained “significant damage” and “will most likely need to be bulldozed.”

First Baptist Church in Adel has been serving as a shelter following the storm, the Index reported. At least 20 of 96 homes in a mobile home park there were destroyed.

Joey Taylor, pastor of Springhead Baptist Church in Adel, said he “grew up in south Georgia” but “never experienced anything like this.”

“It’s unreal to see huge pine trees snapped in two like twigs,” Taylor, second vice president of the Georgia Baptist Convention, told the Index. “There is debris everywhere. To be standing inside ground zero is unbelievable.”

At least two Georgia Baptist disaster relief chaplains are ministering in Adel and nearby Albany, according to the Index.

Local officials are expected to request additional Baptist disaster relief workers after they conclude search and rescue operations, the Index told Baptist Press in an email.

At William Carey, where only two buildings were spared from major damage in a Jan. 21 tornado, power has been restored and cleanup has started, the Hattiesburg American reported.

Some buildings initially thought to be ruined “might be salvageable,” King said following a Jan. 23 facilities review.

The university’s least damaged dormitories could reopen in a month, though repairs to other buildings are expected to take longer.

Historic Tatum Court, which houses the university’s administration, has a flooded basement and a demolished second floor, the American reported. A science building lost one wall, and another building lost its roof.

A schedule on William Carey’s website invites students to pick up vehicles and other possessions from campus Jan. 25-28.

Among other items damaged at the university were paintings on display at a gallery and archived documents and photos. All damaged paintings likely will be restored, according to the American. Archival materials were transported to nearby University of Southern Mississippi, where employees are working to restore them.

Some 35 cadavers were removed from the William Carey medical school in a refrigerated truck and stored in a local morgue.

Medical school classes have been moved to the Southern Mississippi campus and may begin Jan. 25. Other courses could resume online the same day, the American stated.

“We are blessed,” King said. “We have been through Katrina. We sort of know what to do. We’re looking good.”