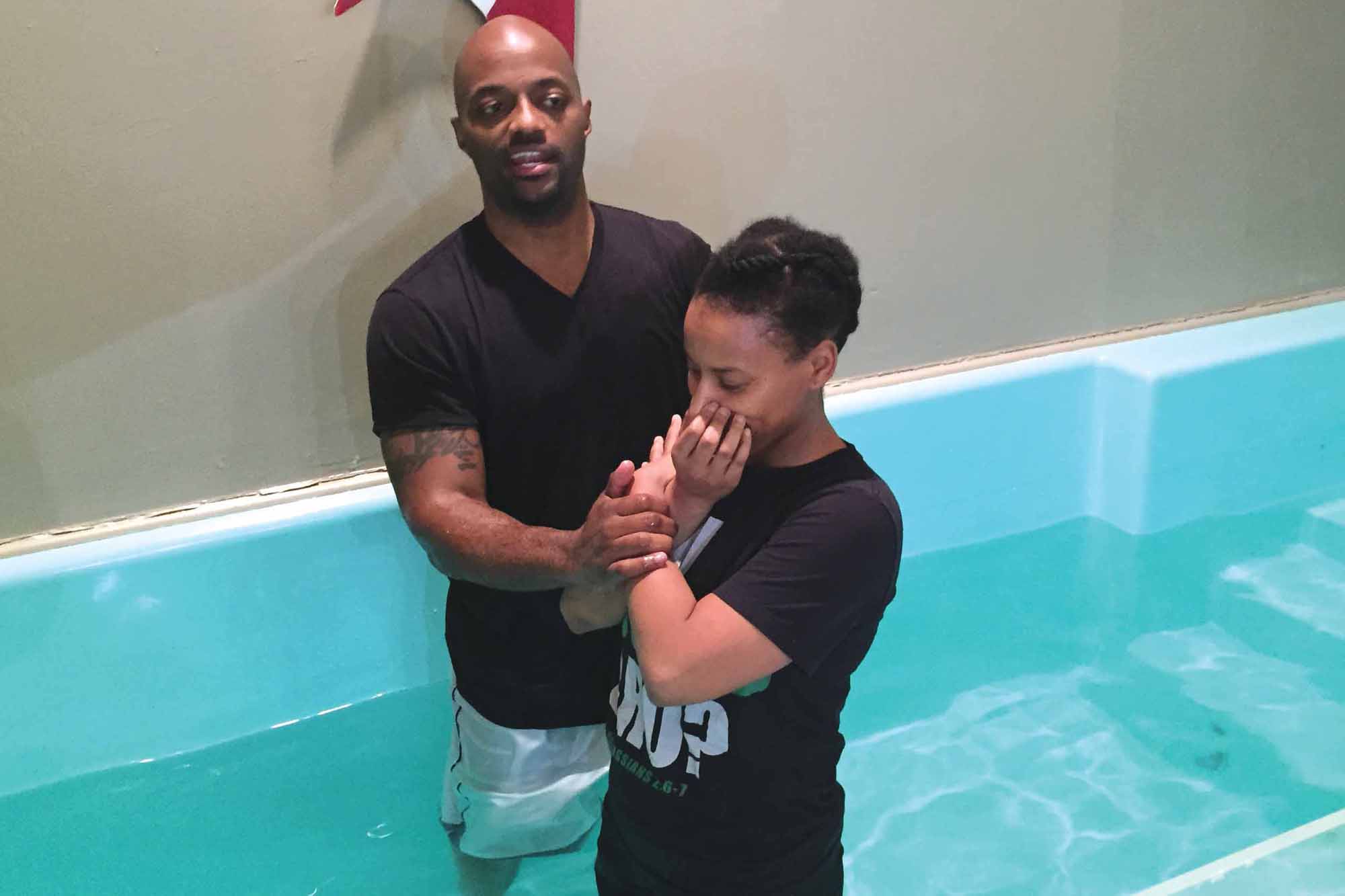 ST. LOUIS (BP) — Kenny “KP” Petty has been there and done that, so what he says rings true to others who are as he was. Too busy with his gang life to finish high school, he was shot for the first time at 17, and then again at 18. He went to jail at 19, facing (later acquitted of) an attempted murder rap.

Today, not quite 20 years later, Petty and co-pastor/rapper Kyle Hubbard are in the fourth year of planting The Gate church in University City, an older, poverty-pockmarked neighborhood in southern St. Louis. The Gate recently voted to sponsor a similar-style church in Baden, north St. Louis, as “the first of many” sponsored works, the pastors said.

The Gate and its offspring are churches designed to reach those who have grown up in the hip-hop culture where “rap music, gangs, urban clothing, art, poetry, hardship and violence have molded our people,” explained Petty, who now also serves as the urban strategist for St. Louis Metro Baptist Association.

“Our environments are so raw and produce such a distinct lifestyle that you can almost sense inauthenticity,” Petty said. “To reach people here you gotta have a real sense of understanding to earn credibility. But the reality is, when out on these streets we need to have full confidence in the power of the Gospel to change people’s lives.

“The Gospel does save,” Petty said from personal experience. “I think that’s really the key.” Petty was in solitary confinement, facing serious time for attempted murder, when a jail chaplain challenged him to read Psalm 51 three times a day, the planter/strategist recalled. It wasn’t long before the words sunk in. “Against You and You only have I sinned … It caused me to cry out for mercy,” Petty said.

“I didn’t know much about Christianity, but after study and growth, I began to understand that the church is God’s plan for the world,” Petty said. “I wanted to be part of a church that was biblically sound and culturally relevant.” Hip-hop is a culture that has “produced men who are absent from the home, young pregnancies, women who are raising children alone, drugs, violence, and a sense of hopelessness.”

A rap by Hubbard captures the essence of the urban life attitude:

“Thinkin’ ’bout my city some of y’all never heard of it, ’til Fox showed the shot Mike Brown took in Ferguson. Murder ’round here is an everyday occurrence, that’s why we are up all night, look at the place we are workin’ in” (from the rap “So We Don’t Sleep” by Hubbard under his rap name Tory Sparks).

Most churches provide a good fit for middle-class and upper-class Americans, Petty said. He and Hubbard saw the potential of the Gospel reaching people who don’t fit in an upwardly mobile culture.

“Growing up with people disenfranchised, impoverished, in the hip-hop culture that has hoisted a generation of people living in hopelessness,” Hubbard said. “We saw an opportunity to bring the hope of the Gospel to those who have been cast away.”

Hopelessness has led to a breakdown of society, including prison for a disproportionate number of black men, Hubbard noted. “We believe God uses men even with broken lives.

“…We understand the only way we can see change in the lives of the people we grew up with, is through the power of the Gospel.”

The Gate’s method, in place the last four years, has four community groups, each responsible for a two-block area of University City, reaching out by prayer walking, getting to know area residents, identifying ministry needs, and letting God work out “divine appointments” that lead to professions of faith in Jesus as Lord.

“When they come into our church, our first priority is to get them discipled, teaching them sound theology, challenging them on finishing [high] school, preparing them for job interviews, scheduling, finances,” Hubbard said. “We help the whole man and the same for our women.”

A men’s small group — known as “Made Men” — and women’s — “Redeemed and Reloaded” — provide a safe place to learn, while the community groups provide more connection, accountability and application.

“We want to see people grow from spiritual infancy to spiritual maturity,” Hubbard said. “If we can get one man or woman saved, if we can impact every aspect of their lives, we believe we can bring true change to St. Louis one family at a time.”

The Gate, Petty said, gets its name from Hebrews 13, which references Jesus suffering outside the city gate — where the people are — rather than in the Holy of Holies.

“I’m big on mission, but I’m also big on ‘we,’ as the body,” Petty said. “It’s important we gather together, but our Lord also wants us to reach outside the gate of the church to meet people where they live….

In an urban context, Hubbard said, “Proximity is a big deal. People stay within a three/four block area because that’s where they feel safe.”

That’s why The Gate is excited at the purchase of a former Lutheran church in the heart of the area they have targeted. They have been meeting a mile away at Bibleway Baptist Church since The Gate started in May 2012.

With the help of financing from the North American Mission Board, The Gate paid $30,000 for the building that needs $300,000 in repairs and renovation to make it usable. Established churches, individuals, and the St. Louis Metro Baptist Association have helped get The Gate ready for an early summer move-in.

The Gate’s fourth annual block party was held June 11 as part of Crossover St. Louis. “We want to be a church for the community in the community,” Petty noted before the event. “This is a big deal for us. The city will block off streets, lift the noise ordinance, and we’ll have a concert.” Among the games, three-on-three basketball. Among the food, 500 hamburgers and 500 hot dogs.

“It’s a lot of work,” Petty said. “Because of all the Southern Baptist Crossover volunteers who will be helping this year, our church will have the opportunity to solely engage with people and share the Gospel with them.

“I didn’t realize the church was supposed to function together,” Petty said. “Through being a part of Southern Baptists, I’m so grateful. I’ve seen nothing but partnership.”

The Gate is part of that connection. It gives 9 percent of its undesignated income to missions through the Cooperative Program and its association.

“We’re in this together,” Petty said. “We’re better together. God wants His body to be united in the faith, and He does this by knitting our hearts together. The Gate is a story of God seeing the Kingdom mind of Southern Baptists.”