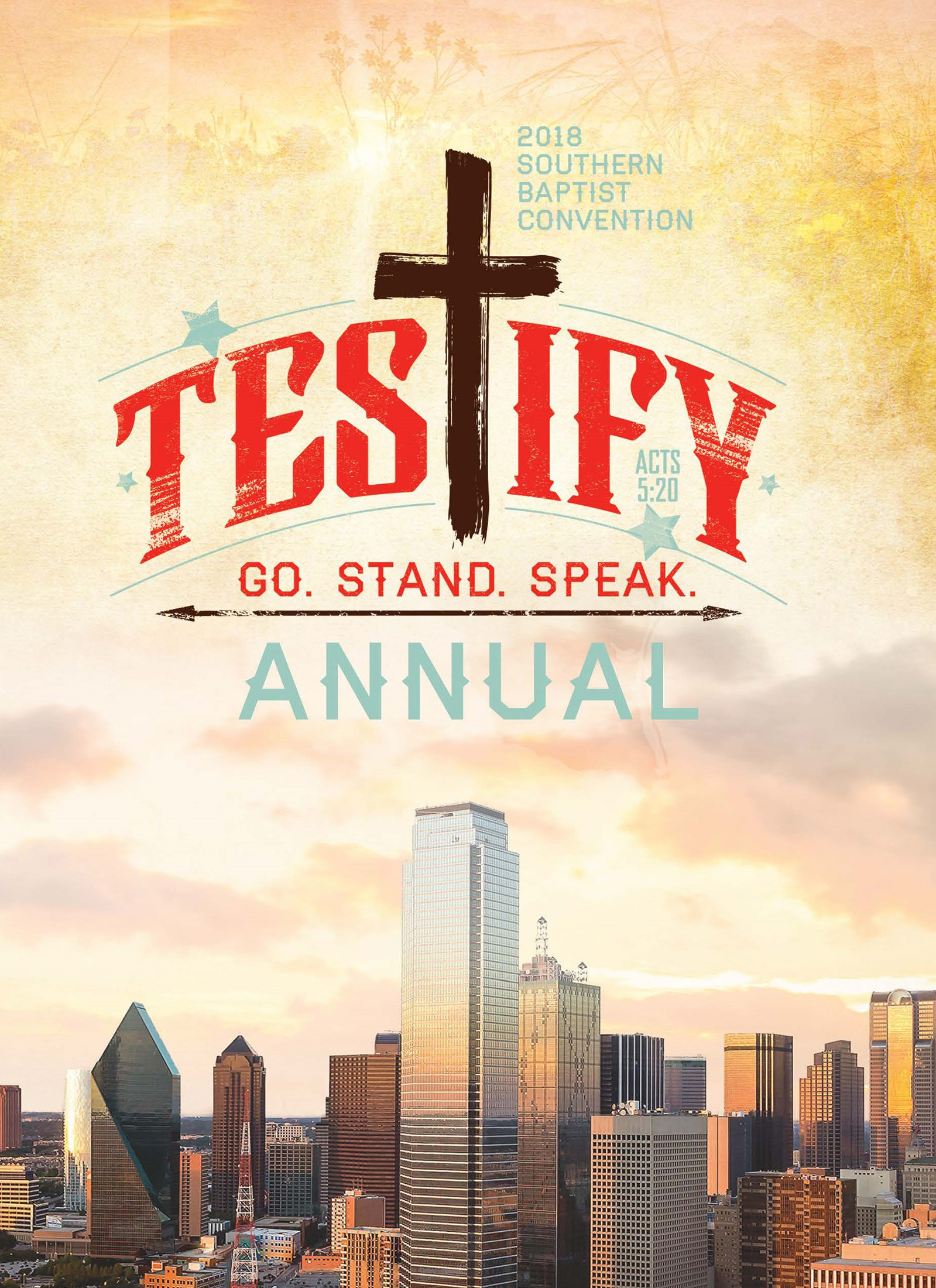 The Annual is a comprehensive collection of reports, budgets and proceedings from the June 12-13 SBC annual meeting in Dallas as well as a compilation of historical data and reports from convention entities.

Among the data available in this year’s Annual:

— In 2016, International Mission Board personnel, in conjunction with their national partners, reported 1,623,419 Gospel presentations around the world and 87,287 new believers among “people groups and urban centers where IMB continues to have direct strategic work, influence, and involvement” (p. 161).

“The Annual is a powerful tool the SBC needs for historically recording our corporate identity,” said SBC Recording Secretary John Yeats, who is responsible for reviewing the Annual. “I do receive calls from people throughout the years asking why SBC entities do something. I have found that the reports by the entities regarding their program assignments are very helpful. Those reports also are the official record of performance of an SBC entity. Sometimes it makes for good reading to compare year after year.”

The online Annual is available at www.sbc.net/annuals/, along with digital copies of all previous SBC Annuals dating back to the convention’s founding in 1845.

Free hard copies of the 2018 Annual can be obtained, while supplies last, by emailing [email protected] Hard copies will be shipped by the first week of October.

Other features of this year’s Annual include:

— A record of proceedings from the Dallas annual meeting, including committee reports and the complete text of motions and resolutions;

— Manuscripts of the address presented in Dallas by immediate past SBC President Steve Gaines and the convention sermon preached by Kie Bowman, pastor of Hyde Park Baptist Church in Austin, Texas;

— The operating budgets of each SBC entity;

— A complete list of Southern Baptists serving on convention boards, commissions and committees;

— Reports from each SBC entity and the convention’s Woman’s Missionary Union auxiliary;

— A complete list of local churches that gave financial contributions directly through the SBC Executive Committee in 2016-17; and

— Historical tables listing the location, messenger count and president at every SBC annual meeting since 1845.

The Annual is prepared and distributed by the Executive Committee, with compiling and formatting by EC publications specialist Allison Young. Yeats is assisted in reviewing the Annual by his wife Sharon.