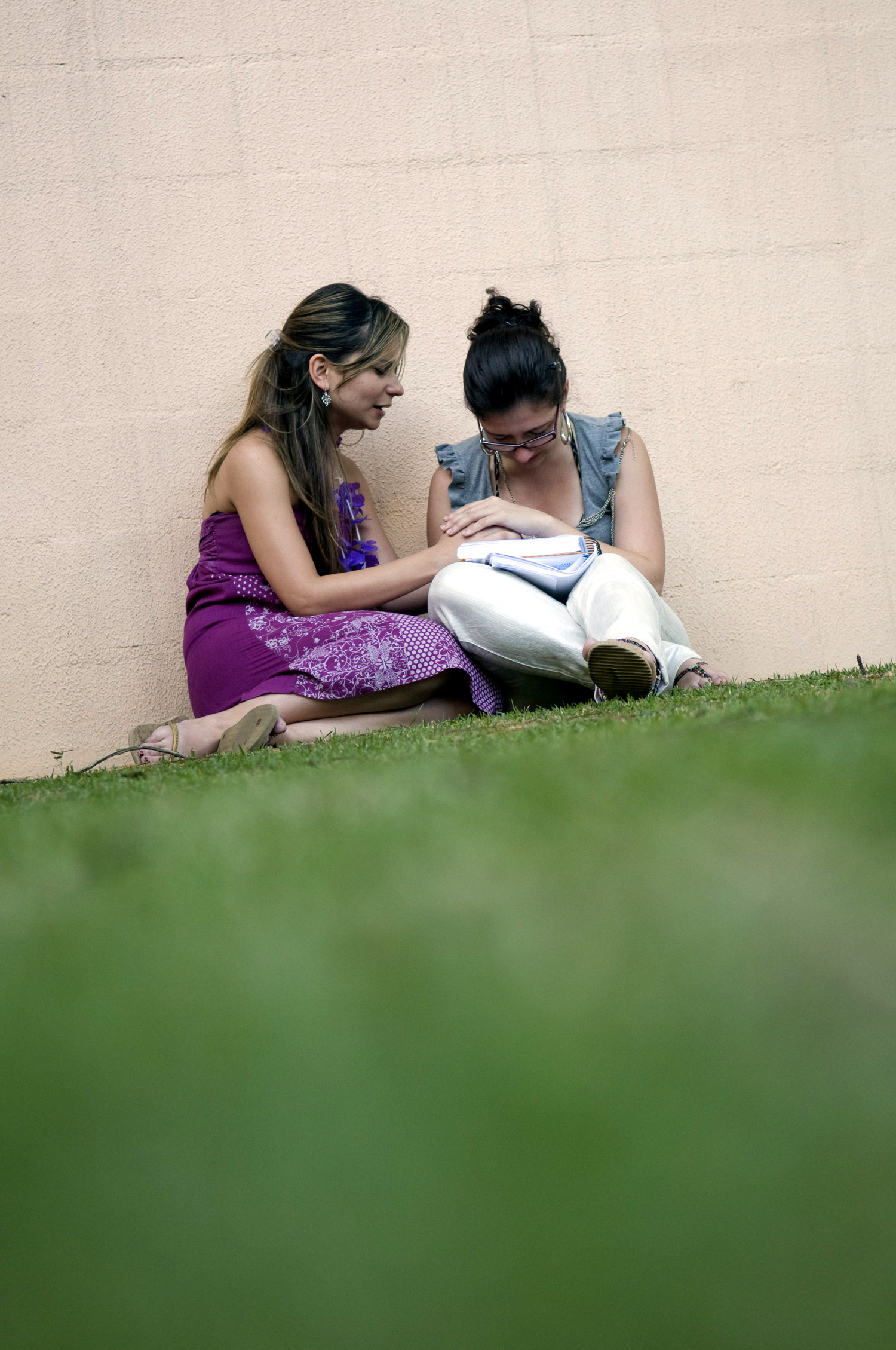 “For nothing is impossible with God.”

“Show us your glory.”

“Give us the nations.”

The words reflect something big God is doing in Sao Paulo, Brazil — population 23 million. The Christian students who wrote them share a vision for reaching Sao Paulo’s 1 million university students for Christ.

“I never saw myself as a church planter, but God did,” says Chris, whose background is in student and youth ministry. “We just took a leap of faith and said, ‘Let’s start this thing.'”

The Julians, from Memphis, Tenn., had tried to reach students through Bible studies on several Sao Paulo campuses. “But we never really saw any fruit,” Melody says.

But at a conference in Moscow, God showed Chris how to reach people where they are. Afterward, the Julians and three Brazilian students began studying the Book of Acts. As they prayed about how to reach Sao Paulo’s students, “God put it on our hearts to start a church in our home,” Melody recounts. “So, with much fear and trembling — because we didn’t have a clue what we were doing — we began Zoe. God has blessed beyond our wildest dreams.”

As the team’s work got underway, they invited some Southern Baptist young people to help them build relationships with Brazilian students.

“The Lord never said, ‘Invite [lost people] to come and then make disciples of all nations.’ He told us to go,” says Chris Black, 24, who began serving with Zoe in 2009. Black recently completed his service in Brazil through the International Mission Board’s Journeyman program, a two-year overseas missions opportunity for single college graduates, 21 to 26 years old.

“Jesus didn’t … sit on the temple steps and wait for people to come to Him. He went and hung out with people,” says Black, from Toccoa, Ga.

On any given day, you’ll find Black and Zoe colleagues “hanging out” with Brazilian students on university campuses, in coffee shops, cafés and bakeries, on buses or in the subway.

“Wherever students are, that’s where we’re going to go. And we’re just ourselves. We’re just real,” Chris Julian says.

“It’s about people. It’s about relationships. It’s about us letting God do whatever He wants to do,” adds Sean Nestor, also from Toccoa, who served several months with Zoe through the IMB’s Hands On program. Hands On is an intensive short-term missions program for college students and young adults.

“Sao Paulo is a very large city, but it can also be a very lonely city,” adds Colby Sledge of Nashville, Tenn., another Hands On volunteer whose term ended in 2009. “I think a lot of students look for some sort of relationship wherever they can find it, because it’s hard to … maintain relationships in this city.”

Part of that difficulty relates to the logistics of living in a megacity. Because of the traffic and sheer numbers of people, students often travel two or three hours just to get to school and work in Sao Paulo. Most students work — many of them full-time — besides taking classes.

“They work, they go to school, they sleep, they study — that’s their life,” Chris Julian says. “And so they are searching. They’re empty. They’re lonely. They want purpose. They’re searching for purpose in their studies but after that … what’s after that?”

Sudents who have answered that question — and others still searching — gather for worship in the Julians’ backyard for Zoe’s monthly theme night. Tonight is a Hawaiian luau. Tiki lights decorate the lawn and white plastic chairs surround an inflatable kids’ swimming pool. Brazilian university students — some wearing leis and tropical shirts — mingle near the food table.

Soon everyone takes a seat and starts singing. There’s much to praise God about on this Saturday night; seven students will be baptized.

But before the baptisms, Orlando Soares Jr. — one of Zoe’s five founding members — shares the story of Jesus’ own baptism.

“Baptism is not a guarantee of salvation,” says Soares, 27, who works full-time at a Sao Paulo investment bank, “so we can’t be baptized and say, ‘Woo-hoo! I’m free! Thank you, God!’ and then it’s over. Baptism is a symbol that you’ve turned your life over to Jesus. From today on, you’re trying to follow His will.”

Among the baptismal candidates is Roberto Campos, a 21-year-old information technology student. “I considered myself an agnostic…. I felt that my life was kind of empty, without purpose, like I was just living,” he recalls.

But three months after Campos began attending Zoe fellowships, he became a Christian. “I started to cry,” Campos says. “I had a real touch of God on my life…. Now I can honestly say that God exists. I’m being baptized tonight to show He’s a part of my life.”

Reflecting on the evening’s baptisms, Soares expresses awe at what God has done.

“The baptisms [12 in all since the church began] are a gift from God, showing us that we are doing His work, according to His will,” Soares says.

Another sign: Church members are giving 100 percent of their offerings to missions. New Zoe leaders are receiving in-depth discipleship training. And in other parts of Sao Paulo, members of Zoe Marajoara have started three new groups at student hangouts.

“It all goes back to what Zoe is all about,” Black says. “It’s just going out … showing Christ, loving people wherever you are. If we’re believers, our lives aren’t our own. We’re commanded to go and make disciples. And this redemption story is too incredible of a story for us not to go out and tell.”
–30–
Maria Elena Baseler is an International Mission Board writer based in the Americas. The ministry of IMB missionaries Chris and Melody Julian is made possible by the Lottie Moon Christmas Offering for International Missions and the Cooperative Program. To watch an “Abundant Life” video on the Zoe church’s outreach to its community, go to the Student Videos section of imb.org/LMCOvideo. To learn more about Hands On short-term missions service, go to thetask.org.