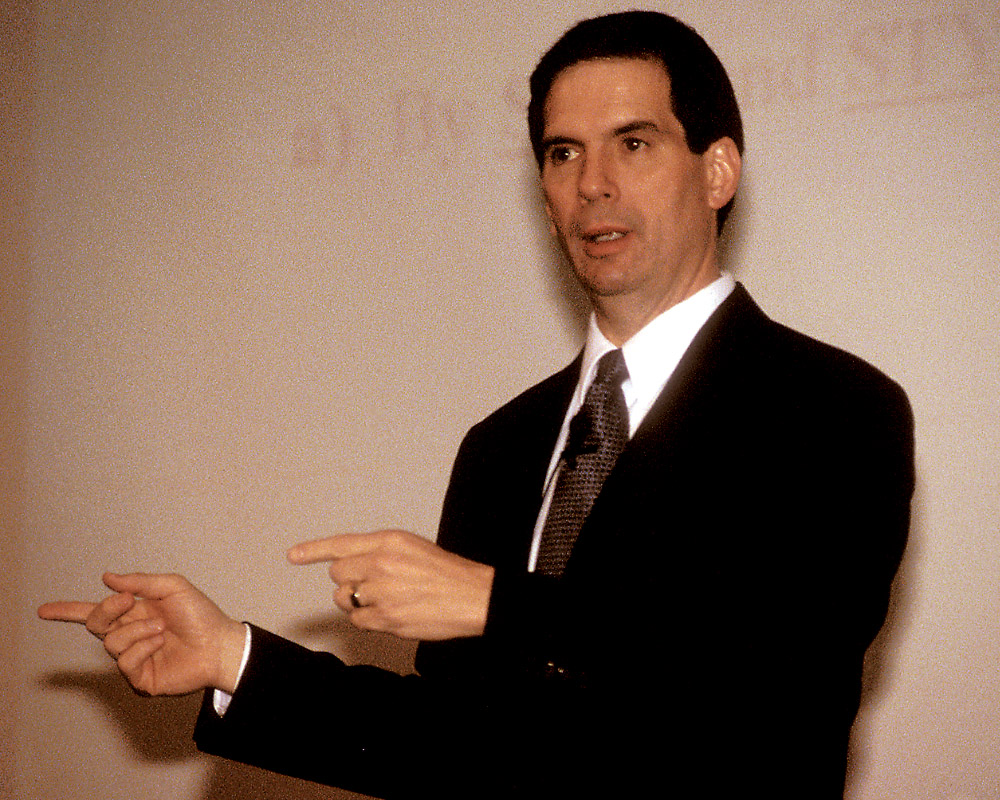 They’re all factors that have helped attract unchurched people to the church — and kept them there. That’s the conclusion of a seven-year study by dean Thom Rainer and a research team at Southern Baptist Theological Seminary’s Billy Graham School of Missions, Evangelism and Church Growth. The study, titled “Nine Habits of Churches that Reach and Keep the Unchurched,” combines both old and new research, and includes surveys of more than 4,000 churches and interviews with more than 1,000 individuals.

Rainer, founding dean of the Billy Graham school, said past surveys that simply studied people outside of the church (the unchurched) had weaknesses.

“Something is obviously wrong because the unchurched are telling [researchers] what it would take to reach them, but they are not responding,” Rainer said. “So we asked the question: Is there another group that can give us some insight?”

The answer came in the form of interviews with those who recently entered the church (the formerly unchurched).

Rainer is known for his research. Since coming to Southern in 1994, he has put his team’s research into five books, including “Effective Evangelistic Churches,” “High Expectations” and “The Bridger Generation.” He has two books on the horizon that include new research. “Surprising Insights from the Unchurched,” scheduled to be released in August, will include his team’s research of the formerly unchurched. The other book is “Churches That Last,” examining evangelical churches that have flourished for at least 25 years. It is scheduled to be released in 2003.

Nine denominations comprise the basis of the new study: Southern Baptist Convention, Evangelical Free, American Baptist, Presbyterian Church in America, Assemblies of God, Wesleyan Church, Church of the Nazarene, United Methodist and independent Baptists. The churches involved in the study ranged in attendance from 40 to 18,000.

Interviews with the formerly unchurched were limited to those who are members of what Rainer calls “effective evangelistic churches,” those that met certain requirements regarding the number of annual conversions in relation to their membership. Only 4 percent of the churches in his research met such requirements.

By combining all of this research, Rainer’s team came up with the nine habits:

Simply put, for a church to be successful it intentionally must be trying to reach the unchurched. In his survey of more than 4,000 churches, Rainer said more than 83 percent of the churches did not have an intentional plan for reaching the lost. However, that statistic flip-flopped among effective evangelistic churches. Among the formerly unchurched, more than 75 percent said that someone from the church shared the plan of salvation with them — and in most cases it was not a staff member.

Rainer said one example of intentionality is implementation of LifeWay’s FAITH evangelism program, which is used in churches to teach members how effectively to share their faith.

The “habit of intentionality” also can include seemingly trivial matters. Rainer said his research shows that people often picked a church for such reasons as restroom and nursery cleanliness. Some people even drove away from a church because it did not have adequate signage, and they therefore could not find the sanctuary entrance.

Rainer’s research also shows that friendly greeters at a church’s entrance can have an enormously positive effect.

“The churches that reached the unchurched were highly intentional, but they [also] understood the culture,” Rainer said. “It does not mean they compromised with culture, but they understood culture. There are some things we can do to be culturally aware.”

“If there is one area where we are culturally unaware, it is in this generation,” Rainer said. “This is the most unchurched generation in America.”

Rainer said there is a direct correlation between how much is demanded of a new member and how long the new member stays active in the church.

“You bring these new members through some type of new members class, and you will see a significant increase in retention,” he said. “The most effective new members classes were those that said, ‘We want to put you in a ministry as you leave this class.'”

Personal evangelism classes for new members can be very fruitful.

“One of the most effective ways to get these new Christians involved is to get them sharing their faith with those who are in the world of the unchurched,” Rainer said.

Rainer said the formerly unchurched told the researchers, “We want to hear about the doctrine on the front end. We’re not going to make a commitment to a church where you will tell us about what you believe later.”

Rainer said this can be in the form of a written document, or through new members classes, Sunday School lessons and sermons.

“What we found was that churches that are reaching the unchurched do things and take what seem to be risks in the light of the world’s eyes — or maybe in light of the church’s eyes — that other churches do not,” Rainer said. “We see very few churches across America that truly act on faith — not foolishness, but faith.”

Among the effective churches, 83 percent of senior pastors could tell of a major task their church had undertaken.

“The risk-taking attitude of these churches is obvious by their willingness to lose members,” Rainer said. “They do not make decision based upon who might leave as a result of this. They make decisions more on: Who will we reach?”

Rainer said that prior to his team’s research he had bought into the belief that Sunday school was on the decline. But among the formerly unchurched, 68 percent are involved in Sunday school.

“I cannot understate the importance of leadership in these churches,” Rainer said. “Once unchurched persons visited churches, they said the pastor and the preaching were the most important factors in their returning.”

“As the leadership of the church goes, so the rest of the church tends to go,” Rainer said. “If the pastor is not doing it, then it is highly unlikely that you’ll see a congregation reaching the unchurched.”

The senior pastors of the effective churches had an average tenure of 10.3 years. They were also good time managers.

“That means that something has to give [in their schedule],” Rainer said. “What do they become? They became Acts 6 pastors. What do Acts 6 pastors do? They delegate and give away ministry [assignments].”

Expository preaching was the most dominant style in the survey, although no one pastor preached expository sermons exclusively.

Rainer said that churches that prayed together and prayed often kept their new members. Often, he said, church members would call up the new members and say, “We are praying specifically for you.”