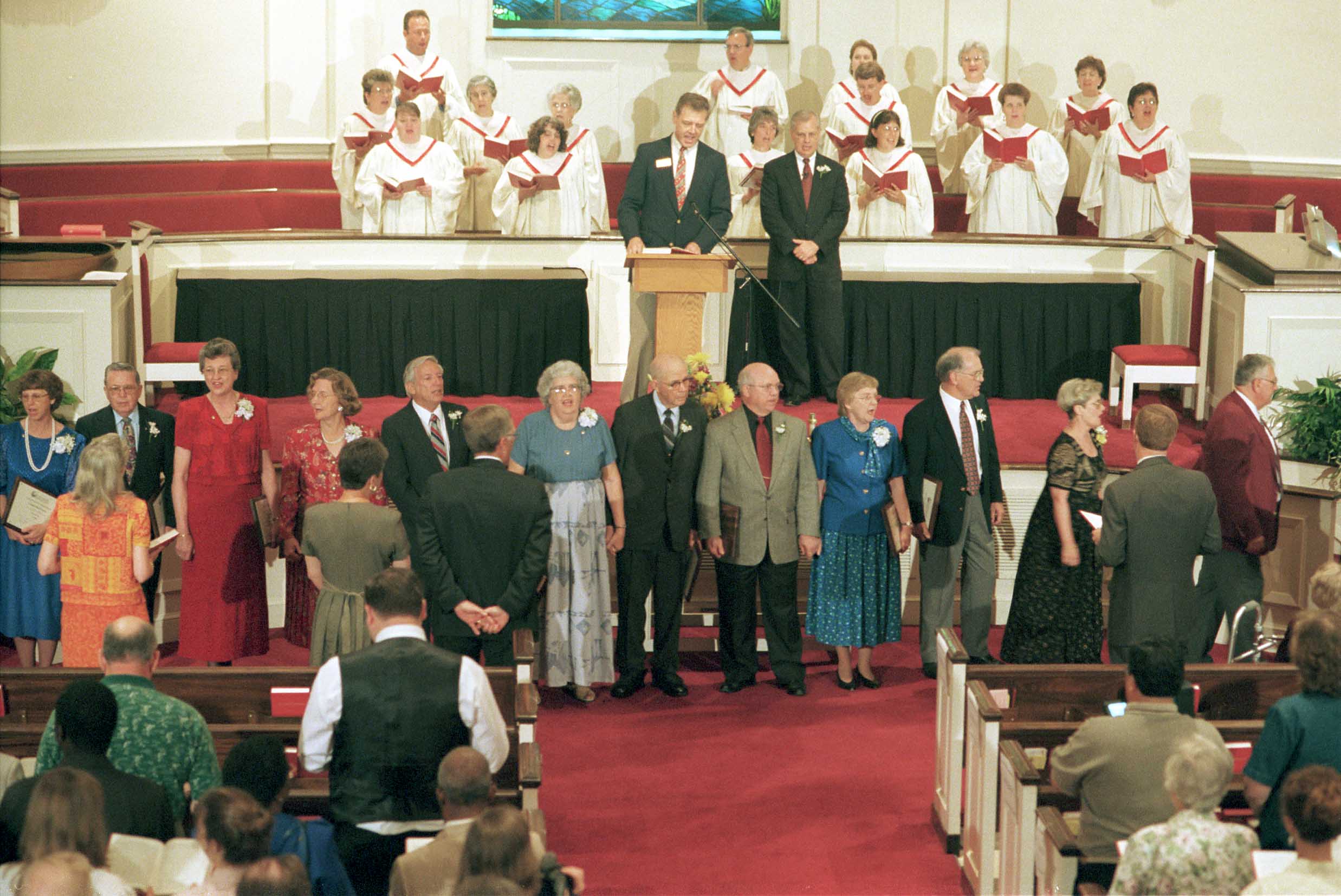 International missionaries regularly face challenges like these, said Jerry Rankin, president of the Southern Baptist International Mission Board, at a May 19 recognition service for retiring IMB missionaries.

Yet even in tragedy there is cause for celebration in missionary testimonies of lives sustained by God’s faithfulness both on and off the field, Rankin said.

“God did not forsake you,” Rankin told 68 emeritus missionaries in a service held at Monument Heights Baptist Church in Richmond, Va. “Surely that’s the testimony of your life: The Lord has never failed you, even in time of tragedy, tough times.

“When God called you to international service, it wasn’t a response to a job description. He called you to die,” Rankin said. “He sustained because you answered the calling by dying to self.

“Why has God been so faithful? So that all the nations … might hear. May all the peoples know that God is the Lord.”

Without prior knowledge of Rankin’s sermon topic, the church’s sanctuary choir had planned to perform the African-styled arrangement, “He Never Failed Me Yet.”

Testimonies of missionaries with a cumulative total of 1,930 years of overseas service highlighted the emeritus program.

Among the retirees were H.W. (Dub) Jr. and Salle Fite, who served in Brazil for 42 of their 50 years as missionaries — the longest term of service for retiring missionaries ever honored by the board. The Fites, who went to Brazil in 1949 as agriculturists, managed school farms in Corrente to give youths education and agricultural experience.

The Fites plan to return to Brazil to work in their local church and association.

“We hope to influence others to find the ‘Bread of Life,’ who said, ‘I am the way, I am the truth, I am the life; no one goes to the Father except by me,” Fite said.

In an interesting twist, Clifford Henry and Peggy Jo Dane, missionaries to Belize for 22 years, were honored just two days before Keith and Lisa Wagner were appointed as church planters in Dominican Republic in a May 21 service at First Baptist Church in Norfolk, Va.

The Danes ministered to Wagner’s mother, an evangelical missionary in Ivory Coast, during a medical emergency in Recife, Brazil. The Danes’ ministry to his mother helped influence Wagner and his wife to pursue their missionary calling through the International Mission Board.

During the week’s activities for emeritus missionaries and new appointees, Lisa Wagner was tearfully reunited with the Danes for the first time.

“I will always be grateful to Southern Baptists for what they did for me,” she said.