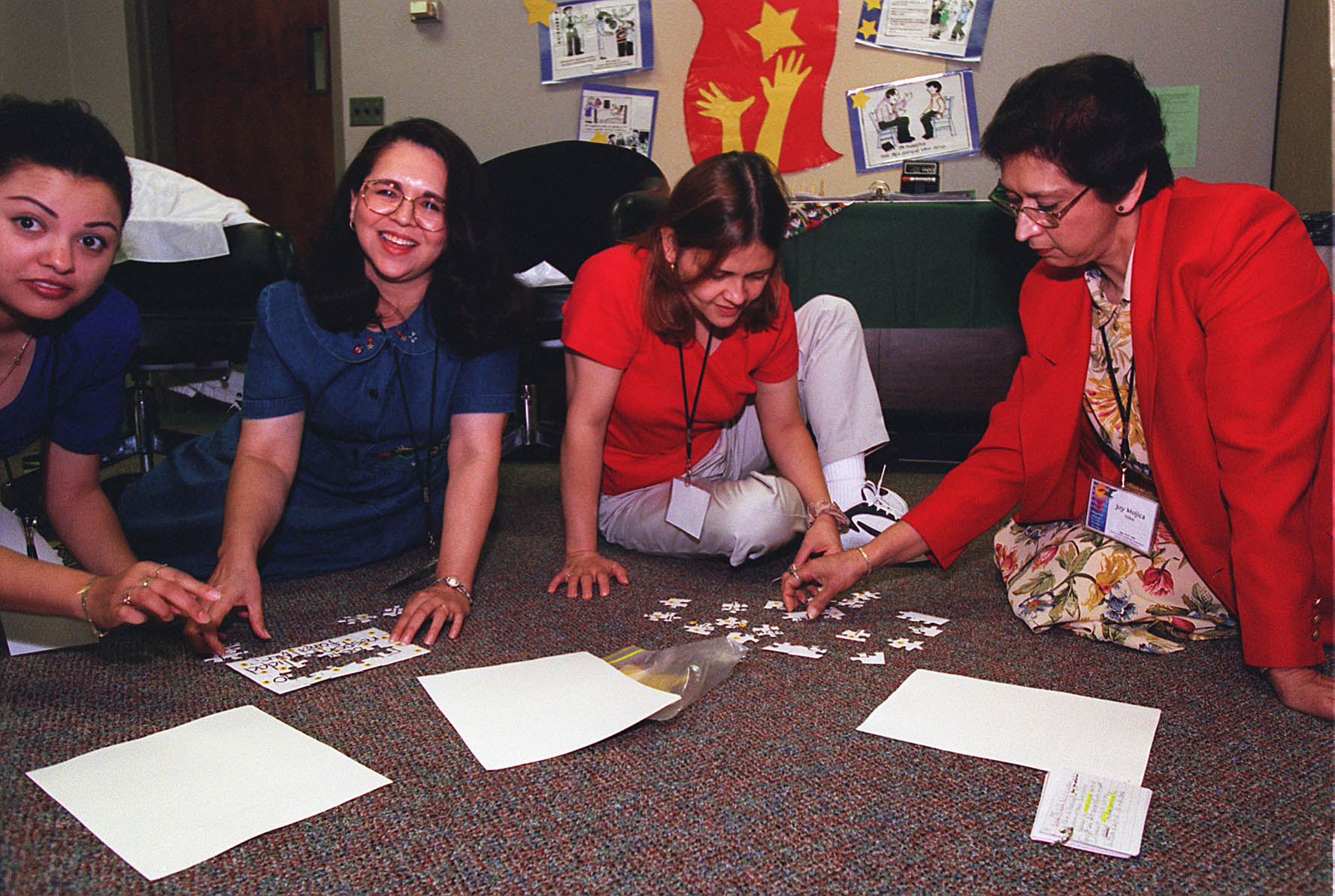 Conferences were offered to workers with preschoolers, children, youth and adults as well as Sunday school general officers.

Jess Fairbanks, manager of the multicultural leadership development section, said a similar training conference was held earlier this year in Colorado. Two more are scheduled for 2001 in Illinois and New Jersey.

“In two to three years we want to have 12-15 people from each state trained to assist churches in strengthening their Sunday schools,” Fairbanks said.

Conference leaders agreed the importance of equipping Hispanic leaders was worth their investment of time and talent.

“We must train people to train our churches to reach people, develop leaders and be ministers,” said Maria Benson, adult conference leader and layperson from First Baptist Church, Springfield, Va. She also is employed in the Springfield LifeWay Christian Store.

Carmen Samarriba, preschool conference leader and layperson from Iglesia Bautista Mesias, New York City, said, “… we must instill leadership skills and foundational principles of Sunday school in all of our workers.”

Joy Mojica, director of preschool and children ministries, Piedmont Baptist Church, Marietta, Ga., said an “incentive to be part of an equipping team is that there is a greater consistency in the quality of what we do. I enjoy being a multiplier.”

Adlin Cotto, youth conference leader and volunteer youth minister at Templo Bautista Immanuel, Fort Worth, Texas, said, “We are developing God-given gifts. Training gives people confidence. Then they have someone [a trainer] to fall back on.”

Gene Mims, president of LifeWay’s church resources division, praised the innovative approach of the multicultural leadership department in working with state conventions to develop a network of trainers.

“We know we can’t do our work at LifeWay without a good network and good relationships,” he said.

Mims cited four priorities of the church resources division, beginning with a focus on evangelism through the Sunday school.

Other division priorities, he said, include spiritual transformation, helping churches develop kingdom leaders and developing and communicating a greater understanding of churches and their environment.

Fairbanks said current information about Hispanic resources and training is available at the LifeWay Espanol website, www.lifeway.com/spanish.
–30–
(BP) photo to accompany this story posted in the Baptist Press photos library. Other photos of participants have been sent by email to individual state Baptist papers.