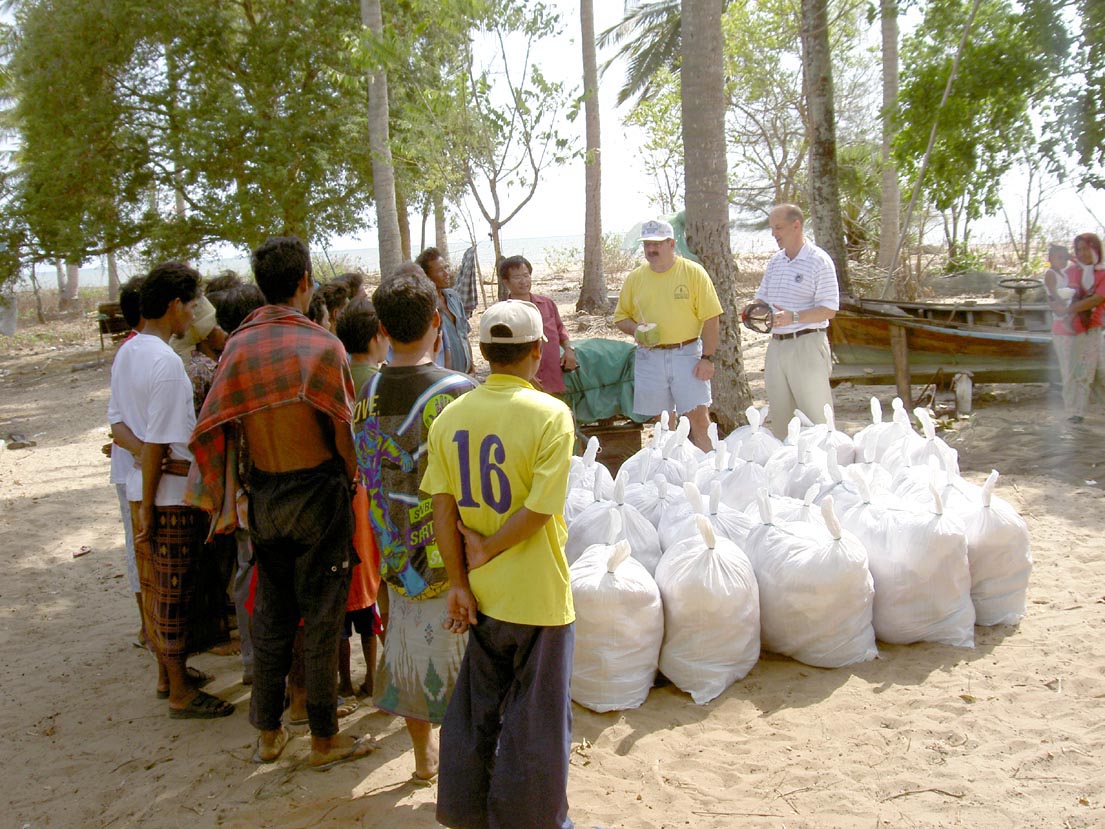 KLONG GAM, Thailand (BP)–They’re going fishing again in the waters off the island of Klong Gam.

One week later, the entire nine-man Oklahoma team helped deliver 240 shrimp nets to 24 families, a gift from Oklahoma Baptists that not only will help feed those families indefinitely but also help them earn a living. The nets, which cost about $10 each, were the first of many which will be presented to the islanders in the days ahead, thanks to a $25,000 gift wired to the Krabi church by the Baptist General Convention of Oklahoma’s disaster relief office and provided by Oklahoma Baptists following the Dec. 26 tsunami that devastated southern Asia.

Many fishing boats and nets were either damaged or destroyed in the tsunami. Klong Gam was not as heavily damaged as some areas to the south, but six islanders’ homes were destroyed, about 20 more were damaged and a bridge was washed away. Before the Oklahomans helped pass out the food sacks, they sang “Victory in Jesus” and “Amazing Grace.” Krabi pastor Dusit Laopan, who organized the trip to the island, also made some comments.

Laopan said the visits to the predominantly Muslim island are the first he knew of by Christians, and he said he hopes to continue building a relationship with Klong Gam residents. Krabi Baptist Church is the only Christian congregation in the region.

Smiles and laughter were plentiful as the Thais and Oklahomans mingled when the fishing nets were distributed. The occasion was highlighted when a villager showed up with coconuts from a nearby tree. One end of each coconut was chopped off with a machete-like knife and a plastic straw inserted into the hole as each visitor was presented with a refreshing coconut milk drink.

Before the nets were handed out to families — according to a list read by a local official –- the villagers were told that the nets are a gift of love from Oklahoma Baptists. Then, as the family representatives came to get their sack of nets, they gleefully posed for a photo with one of the Oklahomans.

Laopan and his church will purchase more nets and deliver them to the island in the near future. He said he hopes the assistance provided by Oklahoma volunteers who traveled halfway around the globe will help open the door to the Gospel among the Klong Gam people.
–30–