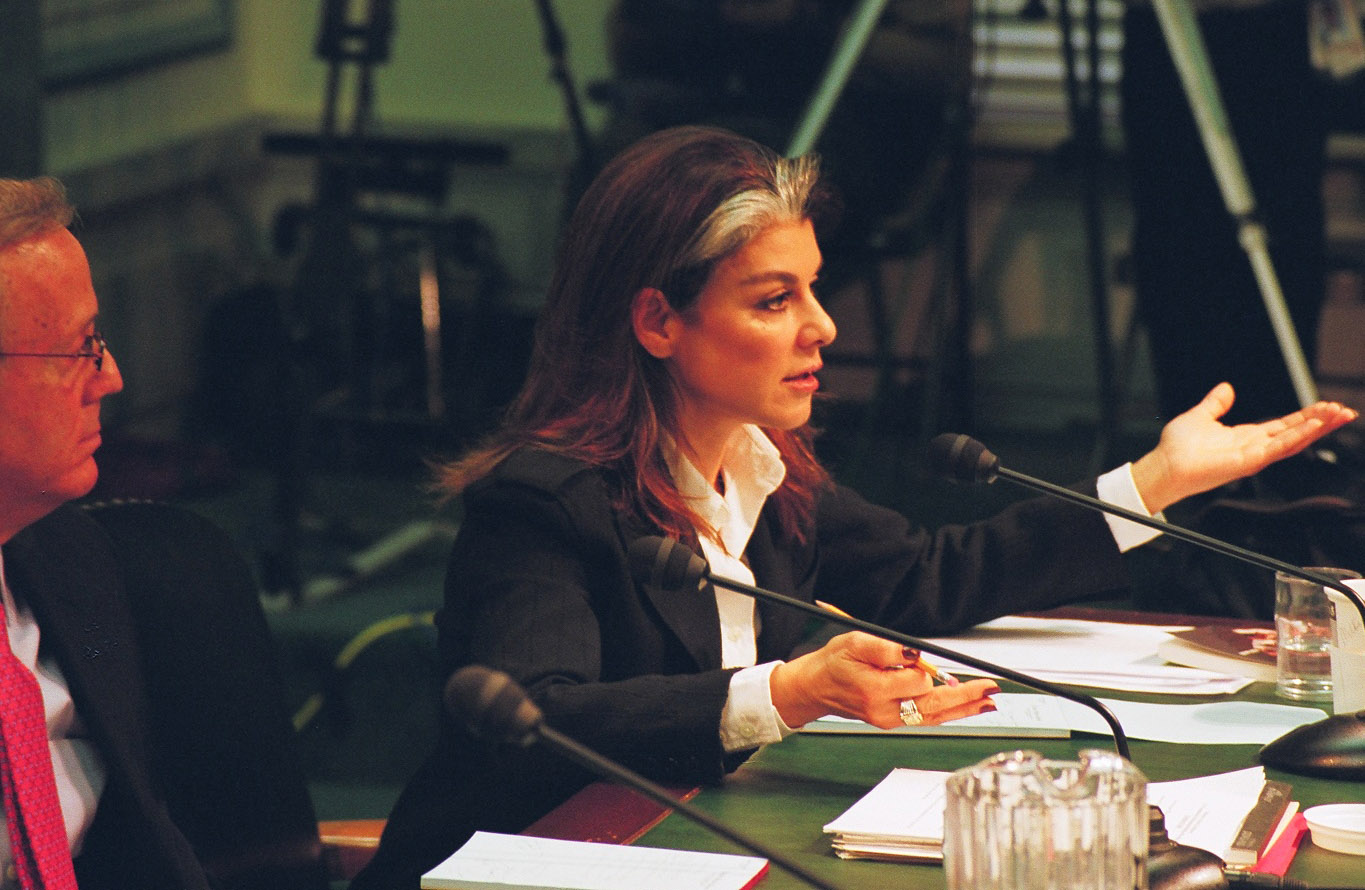 The royal family that rules Saudi Arabia is wedded to an extremist strain of Islam known as Wahhabism that controls the leaders of the country’s 71,000 mosques, as well as the educational system, the panel was told. Despite a recent denial by the Saudi government, this form of Islam is being exported to schools in other countries with Saudi funds, the witnesses said.

“Not only has the state embraced the hard-liners, the hard-liners are the state,” said Mai Yamani, a Saudi national who works in London as an expert on her native country. “Saudi Arabia is guilty of propagating intolerance” globally, she said.

The testimony of Yamani and three American specialists on Saudi Arabia came before a panel that consistently has expressed concern about the lack of religious liberty in that country, as well as the U.S. government’s failure to take action in response to those concerns.

For the last four years, the USCIRF has recommended the State Department add Saudi Arabia to its list of “countries of particular concern,” but the department has refused to do so, even while acknowledging religious freedom does not exist in the country. CPC designation is reserved for severe violators of religious liberty.

The commission also has proposed a congressionally funded study to determine if Saudi Arabia is directly or indirectly funding the spread of Wahhabism to other countries.

The Nov. 18 testimony probably will only reinforce the USCIRF’s position on Saudi Arabia.

The witnesses testified “there is no meaningful distinction between the Saudi government and the Saudi religious establishment,” said Richard Land, a USCIRF commissioner and the head of the Southern Baptist Convention’s religious liberty entity. “It is clear the Saudis have been quite complicit in seeking to export through the use of their vast oil wealth a uniquely radical and narrow interpretation of Islam known as Wahhabism.

“It is also clear there are many things our government should do and can do to encourage and pressure the Saudi government to make reforms to begin the process of Saudi society becoming a much more modern society,” said Land, president of the Ethics & Religious Liberty Commission. “This would give at least religious toleration if not full religious freedom to a country that currently has no religious freedom. No meaningful improvement in the situation in Saudi Arabia will take place without continued and strong pressure from the government of the United States.”

The United States, however, “struck a Faustian bargain” with Saudi Arabia because of its reliance on oil from that country, said Martin Indyk, a Middle East expert and former ambassador to Israel.

As a result, Indyk told the USCIRF, the U.S. government ignored the Saudis’ domestic policies, as well as their pattern of buying off extremists and of propagating hate internationally.

This spreading of hate is happening in schools “in the United States as well,” Indyk said. “We should not be surprised by that.”

This intolerance leads to worse consequences, said David Aufhauser, who was, until recently, the chairman of the National Security Council’s policy coordinating committee on terrorist financing.

“[M]ere children are becoming weapons charged with religious fervor and hate made sweet by promises of some heavenly redemption,” Aufhauser testified. “[Intolerance] has become a foundation for killing.”

Some of the witnesses said the curriculum in the schools and the Islamic charities that fund intolerance must be targeted in order to solve the problem.

Saudi Arabia has taken some important steps, Aufhauser said, including enacting a new law that requires the registration and auditing of charities, shutting off 10 foreign branches of the largest charity, instituting a process of “vetting” domestic clerics and, based on the statement of a high Saudi official, removing hundreds of extremist clerics.

The Saudis “can be much more proactive,” Aufhauser said. The “vetting” of clerics “really needs to be globalized,” and the Saudis should halt the funding of schools in other countries until they know what is being taught, he said.

The May and November terrorist bombings in Saudi Arabia served as a “wakeup call” to the Saudi government, Indyk said. He said he is optimistic about the short-term challenge of curtailing Saudi funding of intolerance, but the long-term challenge is “much more problematic.” That will require a complete overhaul of the education system, as well as religious reform, Indyk said.

No “organized, liberal opposition” exists in Saudi Arabia, Indyk testified. “This is a regime likely to be very frightened of change” and respond with repressive measures, he said.

Yamani testified that she has been told only 20 percent of Saudis are Wahhabis. They are a minority that “has left vast sections of society alienated and marginalized,” she said. Even Sunni Muslims are “treated as deviants for not subscribing to Wahhabism,” said Yamani, who has been threatened with imprisonment if she returns to Saudi Arabia.

The fourth witness at the hearing was Robert Baer, a former Middle East field officer with the Central Intelligence Agency.

The USCIRF’s May 2003 report on Saudi Arabia may be accessed online at www.uscirf.gov.
–30–
(BP) photos posted in the BP Photo Library at http://www.bpnews.net. Photo titles: SAUDI’S ASSESSMENT and ADDRESSING SAUDI ARABIA.