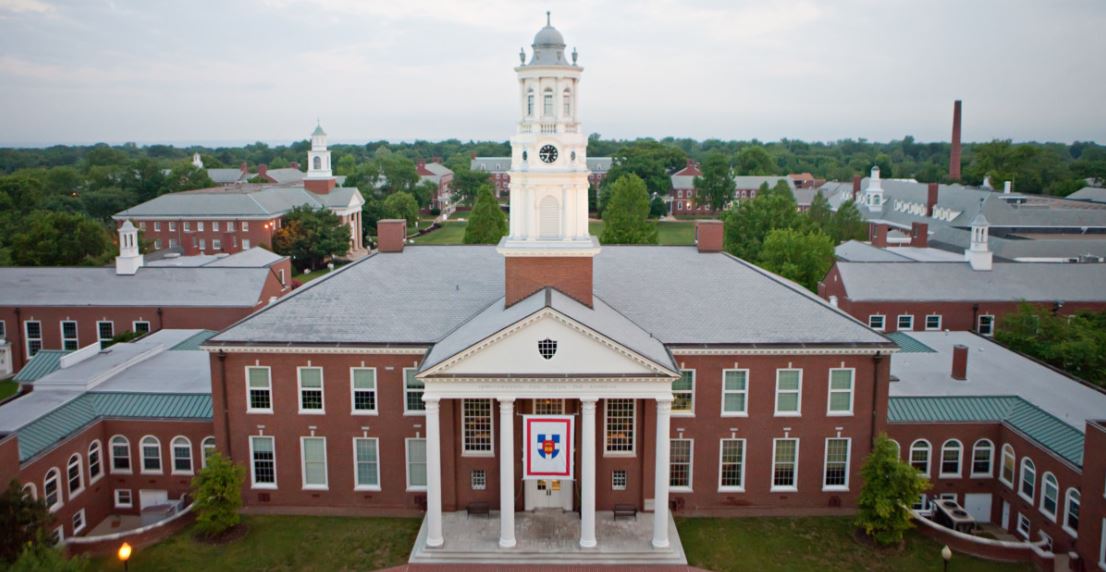 LOUISVILLE, Ky. (BP) — Southern Baptist Theological Seminary released a report today (Dec. 12) that discloses the history of slavery and racism at the seminary.

“Slavery was not only tolerated in many schools, but also expressly defended and even praised as divinely ordained,” the seminary said in its initial news release on the school’s past. “Though this was true of many of the most historic colleges and universities in the nation, it was particularly true of the South. Theological seminaries were not innocent of this charge, and this included Southern Baptist Theological Seminary.”

Produced by a team of its faculty, the report recounts the history of these issues at Southern Seminary — from the school’s slave-holding founders in the 19th century to its segregation-defending faculty in the early decades of the 20th century. The report, commissioned by President R. Albert Mohler Jr., represents a year of research conducted by a committee of six current and former Southern Seminary faculty members.

Mohler said this comes late in the school’s history, but it represents what he called an institution-wide “honest lament” for the sins of its forebears.

“It was clearly time for this institution to come to terms with historical questions related to slavery and the institution’s founding,” Mohler said in an interview ahead of the release.

“There can be no doubt that these questions are now being asked far more frequently and urgently in the larger culture, and there is no way we can separate Southern Seminary’s history from the history of our denomination — or from the history of the nation. Our responsibility is to make sure we know the truth and tell the truth about this single institution for which we have stewardship.”

Southern Seminary was founded as the Southern Baptist Convention’s seminary in 1859 in Greenville, S.C. It started with four faculty members at the beginning: James Petigru Boyce, John Broadus, Basil Manly Jr., and William Williams. Each of them owned slaves, publicly defended slavery as a “righteous” institution, and assumed the inferiority of the black race, according to the report. Later generations of Southern Seminary faculty supported the restoration of white rule in the South during Reconstruction, approved the South’s “Lost Cause” ideology, and defended the segregation of schools and society, the report said.

The Southern Baptist Convention was formed in 1845 after the Triennial Convention, representing Baptists throughout the nation, rejected a missionary candidate for owning slaves.

In 1995, the SBC addressed its pro-slavery origins, drafting a resolution publicly apologizing to all African Americans and repenting for the convention’s “[conscious] and unconscious” racism throughout its 150-year existence. More than 20 years after that public statement, it was time for the convention’s first seminary to come to terms with its past as well, wrote Mohler in a two-page letter released with the report.

Though Southern Seminary was included in the “spirit and substance” of the 1995 resolution from the SBC, Mohler wrote, the school needed to express more candidly its historical connection to slavery, Jim Crow segregation, racism and white supremacy.

“We have been guilty of a sinful absence of historical curiosity,” Mohler wrote in the letter. “We knew, and we could not fail to know, that slavery and deep racism were in the story. We comforted ourselves that we could know this, but since these events were so far behind us, we could move on without awkward and embarrassing investigations and conversations. In the larger secular world, just about every major institution of American public life is being called to account for some aspect of its history. This cultural conversation, often confused and intense, is far from over. I also believe that no secular worldview can bear the weight of this reckoning. Thanks be to God, we hold to a theology grounded in Holy Scripture that is able to bear this weight.”

In late 2017, Mohler commissioned a six-person committee to review the history of slavery and racism at the institution. Gregory A. Wills, professor of church history and former dean of the School of Theology at Southern Seminary, drafted the report. He is the author of Southern Baptist Theological Seminary: 1859-2009, published in 2009 by Oxford University Press.

Wills, who served as chairman of the research team, said: “Southern Baptists have been trying to come to terms with the role of racism and slavery in our denominational history and its continuing impact in our churches,” Wills said. “In this report, the committee strove to come to terms with the role that slavery and racism played in our institution’s history and with its impact over the decades. I am convinced of the vital importance of understanding and speaking the truth about the history of our institution and those whose mantle we now bear.”

The report leaves Christians, including the students, faculty and alumni of Southern Seminary to wrestle with a hard question: How could the school’s founders — who eloquently and passionately defended biblical truth and the gospel of Jesus Christ — also own other human beings because of their racist ideology? The answer, Mohler wrote, is not easy.

The legacy of Broadus and Boyce is as complicated as that of revered Reformer Martin Luther, whose defense of biblical truth was central to the Protestant Reformation, but who also held to the anti-Semitic views common to his age. Though the seminary’s founders — like Luther — were men of their time, this does not excuse them.

“The very confessional convictions they bequeathed to us reveal that there is only one standard by which Christians must make such judgments, and that is the sole authority of the Bible,” Mohler wrote. “Like our founders, we believe that repentance, which they confessed as an ‘evangelical grace,’ is essential to the gospel. The very gospel truths that they taught, defined, and handed down to us are the very truths that allow us to release this report with both lament and conviction.”

Mohler also stated: “We must repent of our own sins; we cannot repent for the dead. We must, however, offer full lament for a legacy we inherit, and a story that is now ours.”

The school began admitting African Americans to its degree programs in 1940 and integrated its classrooms in 1951 — three years before Brown v. Board of Education, the landmark U.S. Supreme Court case that declared public school segregation unconstitutional. The seminary faculty invited Martin Luther King Jr. to deliver the school’s Julius Brown Gay lectures in 1961, became increasingly supportive of the Civil Rights Movement during that time, and elected the first African American to the faculty in 1986 in T. Vaughn Walker, who retired in 2016.

Mohler also pointed in the letter to the significant diversification of the seminary in the nearly 160 years since its founding. Today, the students and faculty represent many races, nations and ethnicities, which points to “the promise of [the] new humanity.”

In a statement, Mohler said that, though the sad chapters in Christian history are part of the church’s story, there are glimpses of glory as well. The church’s task, he said, is to tell the whole story, and to learn from every chapter.

“Our commitment is to see this school, founded in a legacy of slavery, look every day more like the people born anew by the Gospel of Jesus Christ, showing Christ’s glory in redeemed sinners drawn from every tongue and tribe and people and nation,” he wrote. Noting the diversity represented in the seminary’s December graduation last Friday, Mohler commented: “We cannot go back to the 19th century and change the past, but we can make certain that, in the 21st century, Southern Seminary looks like the people Christ is calling to himself through the preaching of the gospel.”