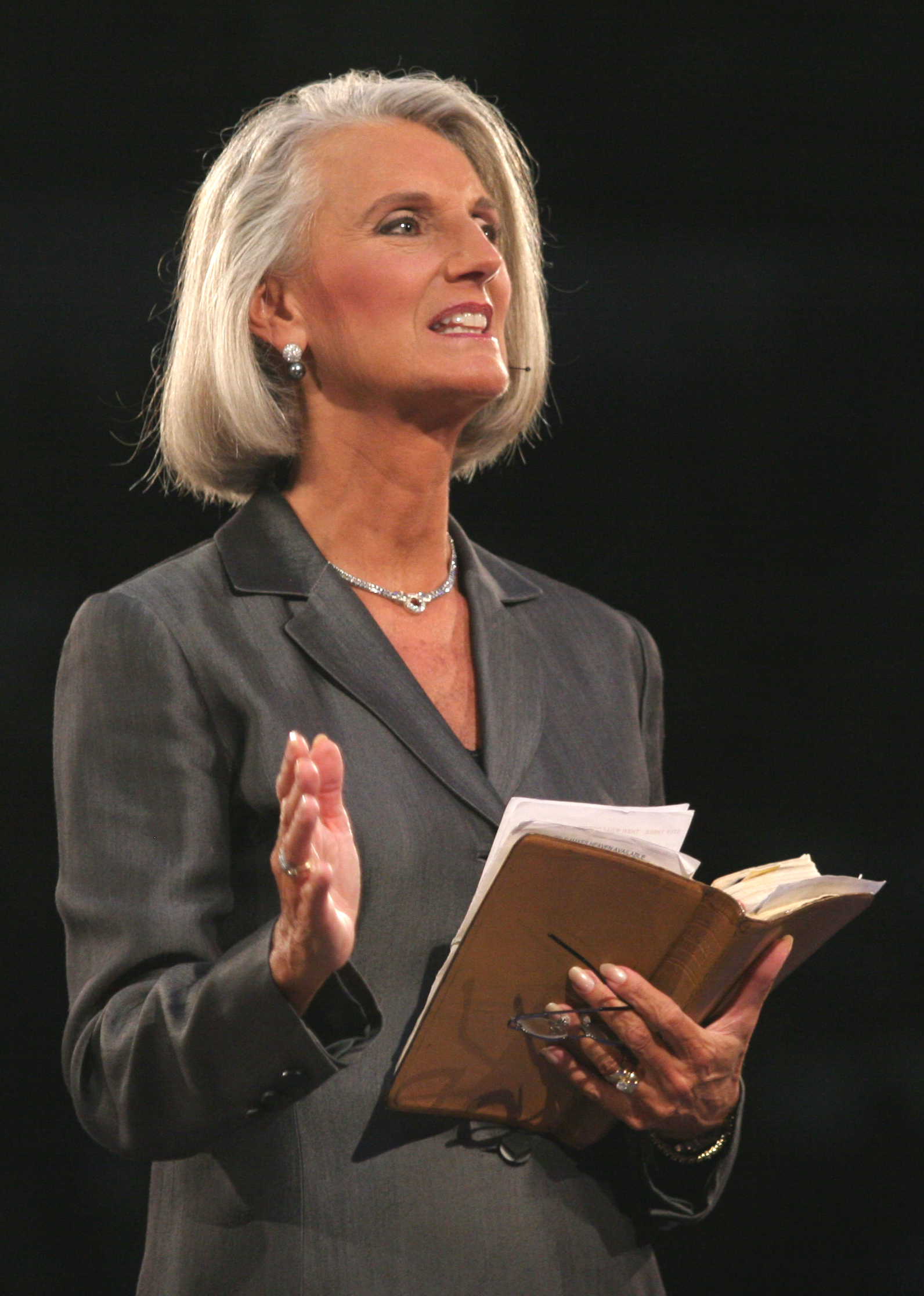 NASHVILLE, Tenn. (BP)–In the aftermath of 9/11, religions in America took a front page position, and Anne Graham Lotz felt burdened to convey the message that the one true God is not interested in religion.

“We’ve always known about other religions, but Islam, Judaism and Christianity are three major world religions that are talked about in the news every day now,” Lotz told Baptist Press.

Sometimes even people within the church think of the god of Islam as the same as the God of Abraham, Isaac and Jacob, but he’s not, Lotz said, and they confuse religion with a personal relationship with God.

“So it was really 9/11 and the aftermath of that and what I see going on now that I felt like it needed to be underscored that we’re not talking about religion,” she said. “God has not invited us to a religion or a denomination or an organization. He has invited us to a personal relationship with Himself.”

After studying the life of Abraham for 33 years and following his pattern of interacting with God, Lotz decided the time was right to communicate her testimony through the book “Magnificent Obsession: Embracing the God-Filled Life,” the story of friendship with God in a daily walk of obedient faith.

The most difficult distraction to overcome as she tries to live out the God-filled life patterned by Abraham, Lotz said, is busyness.

“So many things make our lives easier in a sense, whether it’s a cell phone or e-mail or Twitter or Facebook and that kind of stuff, but it also ratchets up the busyness of your life. We can cram more in,” she said.

“I think just having that quiet, focused time to spend with God every day is vitally necessary to pursuing a relationship with Him. You establish that relationship at the cross by faith, but then you develop it day by day, step by step,” Lotz, evangelist Billy Graham’s daughter, said. “It requires time spent reading your Bible, listening for His voice to speak to you, applying it to your life, living it out in obedience.

“And then it also requires talking to Him in prayer, developing a prayer life. Busyness hinders both of those things, I think. Even if we make the time for them, we can be so distracted or so tired that we don’t keep our focus and we don’t concentrate.”

Also, she has seen many people hindered by the idea that when they come to the cross by faith and are saved and join a church, they just have to do a few good things and then go to heaven when they die.

“They think that’s the sum total of being a Christian,” Lotz said. “I think sometimes we settle for a lot less than He intended for us to have.”

One way Lotz could have been knocked off course early on in her walk with God was to allow criticism from people in the church to defeat her, she said. One of the major lessons she had to learn was from Hagar in the story of Abraham.

“Don’t let the way people treat you in His name turn you against God or cause you to forsake God because that’s not Him. I think that’s one thing. And then the other thing in my life has been when I’m treated that way it makes me 1) recognize there’s a difference between God and the people that sometimes give a very tarnished reflection of Him and 2) it makes me want to pursue Him even more,” she said.

“Sometimes people can be firm or strict or harsh and actually they do the right thing and just don’t do it in the right way. But sometimes people in God’s name will do the wrong thing in the wrong way and it’s not from God at all. I want to have a strong enough relationship with Him that I can know that difference,” Lotz said.

Especially during times of economic uncertainty and worldwide unrest, Lotz said it’s essential that God’s people draw close to Him by embracing the God-filled life.

“The world is such a dangerous place right now, and there are many people who think that we may be on the brink of a war if Israel goes after Iran and everything melts down and Russia comes after Israel.

“We may be looking in the next year at a major meltdown, whether it’s economically or nationally or in some other way, and I believe Christians in particular need to really strengthen their relationship with God so their faith is strong enough not only for them to stand but for them to be a strength for other people,” she said.

Lotz uses the illustration of a single yellow house that was left standing in Galveston, Texas, when Hurricane Ike hit last year. People thought it was a fake picture, she said, because that house was left standing with only a few lost shingles when everything around it was wiped out.

“I thought, ‘That’s the way I want my life to be.’ The people had lost their house several years before in a hurricane and had rebuilt it to hurricane 5 specifications and it withstood the storm,” she said. “And I thought, ‘I want my faith to be like that house so that I’m strong enough to withstand the storms that are coming, whether it’s in my personal life or nationally or worldwide and that I could be a refuge for somebody else.’

“So I just think it’s very important for Christians to strengthen their faith and their relationship with God,” Lotz said. “It always has been, but in this time of uncertainty and danger I believe it’s imperative.”
–30–
Erin Roach is a staff writer for Baptist Press.