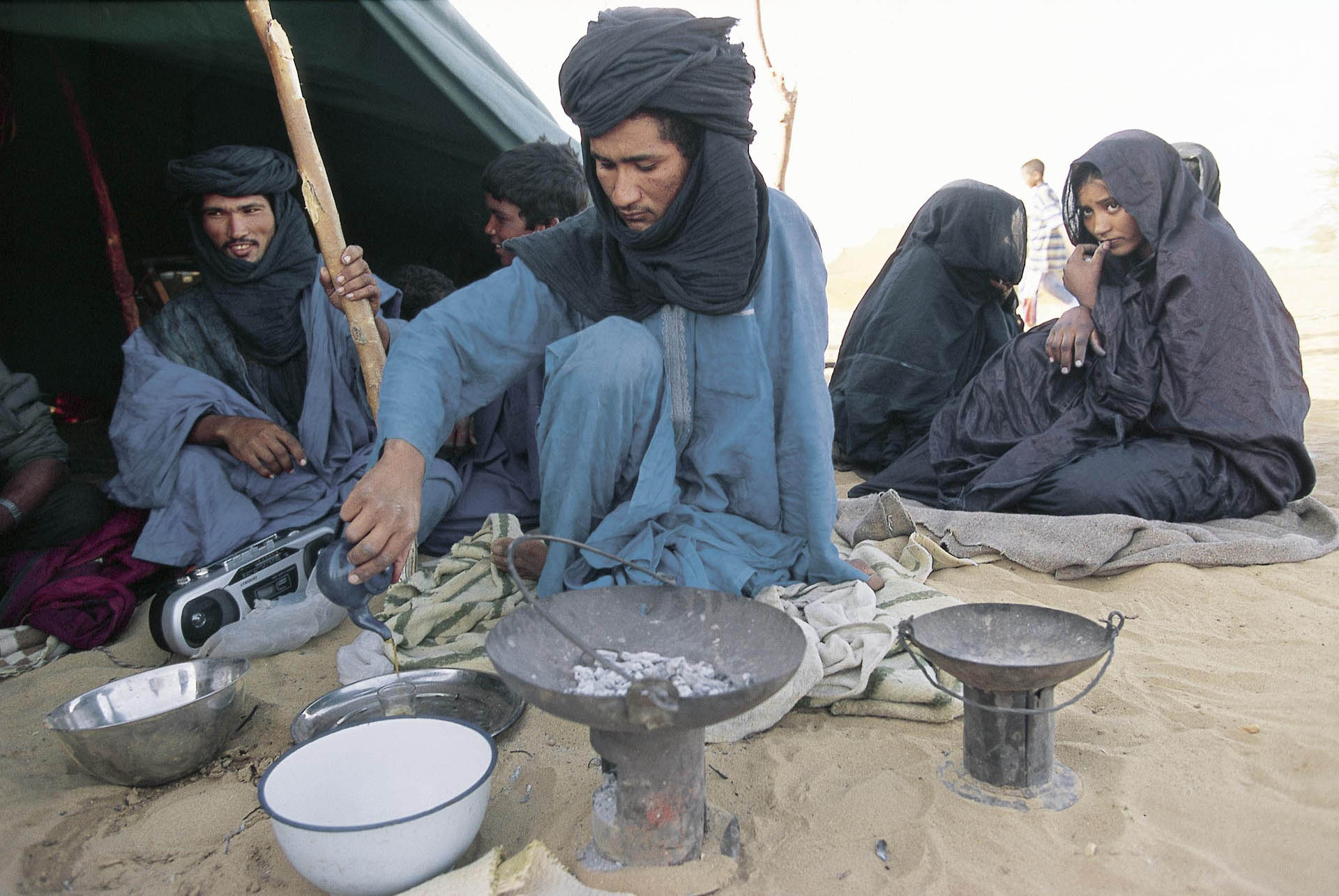 On May 19, Southern Baptists will ask God to help that people group, the Tuareg, know just how much he really loves them.

Once Tuareg camel caravans transported everything from salt to slaves across the Sahara. But now the nomadic people group follows their declining herds through barren regions of Algeria, Libya, Mali, Niger and Burkina Faso in search of scarce pasture. Many Tuareg have fled the ravages of drought to pitch their tents on the fringes of cities like Tombouctou, Mali.

The Tuareg face many uncertainties, not the least of which is how to survive in a world less and less hospitable to the nomad’s lifestyle. One thing, however, is certain: 99.9 percent of the Tuareg do not know the love and forgiveness of God. The vast majority of them have never even heard the good news of salvation in Jesus Christ.

That is one reason Southern Baptists will focus on the Tuareg on the Day of Prayer and Fasting for World Evangelization, scheduled this year for May 19.

The Tuareg’s nomadic lifestyle makes it hard to accurately count them, and population estimates range anywhere from 500,000 to 3 million. The name identifies a collection of ethnic groups — Arabs, Berbers and Bellas — who speak a common language, Tamashek.

The Tuareg’s wandering ways also have kept them from being staunch practicers of the Muslim religion. Because of this, their Muslim neighbors named them “Tuareg,” literally “abandoned by God.”

Forced from the desert by drought, the Tuareg now are learning to farm and sell crafts. A new generation is growing up and learning the softer ways of city life.

But one Tuareg Christian sees these difficult circumstances as God’s way of reaching his people with the gospel.

“The drought is a way to pierce the strongholds of the people,” says “Noch” (not his real name). “The droughts bring the people in from the desert. It makes the people change, and when there is change there is an open door for the gospel. The door may only be open a crack, but it is still open.”

“We have Bible teachings here every day,” he says. “And we try to go to different villages to tell them about Jesus. There are many who are listening and want to make decisions, but their families and villages will not let them.”

He envisions a day when his people will be free in Christ.

“I had a dream … a dream that heaven was a great desert and in that great desert, we [Tuareg] finally found the freedom we search so desperately for,” Muhammad says. “It was so beautiful, and I believe that one day it will come true.”
–30–
(BP) photos posted in the BP Photo Library at http://www.bpnews.net. Photo titles: ISOLATED and THE BLUE PEOPLE.
— Order a free resource kit, including video: http://resources.imb.org/index.cfm/fa/prodlist/CatID/16/DeptID/1.htm.
— Tuareg photos: http://www.tconline.org/Stories/jan02/Tuareg.html#.
— TConline stories about the Tuareg: http://www.tconline.org/Stories/jan02/Tuareg.html#.
— PowerPoint slideshow on the Tuareg:
http://www.imb.org/ime/downloads/wpim_2.ppt.
— Praying for the Tuareg:
Pray for more workers in the harvest. With this large people group spread out over many countries, more laborers are needed.

Ask God to open the eyes of the Tuareg to the truth of the gospel and that they will be set free in Christ.

Intercede for young believers. Many do not want to tell families that they are now followers of God because of being kicked out of the family and being left alone to fend for themselves.

Pray that people will see the difference in the lives of Tuareg Christians and that God will give them the courage to tell their families and take a stand for God.

Ask God to protect evangelists and pastors who are in constant danger as they preach and teach about Jesus’ love.