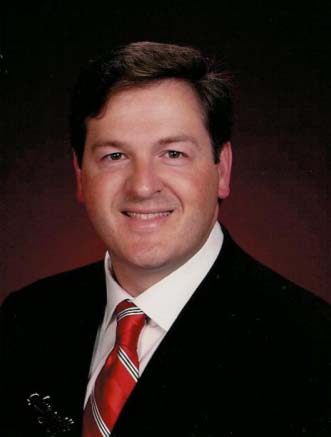 NASHVILLE, Tenn. (BP)–President’s Day is an excellent time to reflect on the Judeo-Christian heritage handed down to us by our Founding Fathers, and especially George Washington, the “Father of our Country.” George Washington was born Feb. 22, 1732 on a modest plantation in Virginia. The son of Augustine and Mary Washington, he was baptized into the Episcopal Church.

Tragically, George lost his father when he was only 11, and his mother worked hard to raise him as a committed Christian. She admonished him before he left home as a young soldier: “Remember that God is our only sure trust. To Him I commend you.” She added: “My son, neglect not the duty of secret prayer.”

Washington followed the counsel of his mother. The proof is in a well-worn 24-page journal filled with prayers copied in his own hand-writing that he titled: “Daily Sacrifice.” The very first entry, called “Sunday Morning,” reads as follows:

“Almighty God, and most merciful Father, who didst command the children of Israel to offer a daily sacrifice to Thee, that thereby they might glorify and praise Thee for Thy protection both night and day … I beseech Thee, my sins, remove them from Thy presence, as far as the east is from the west, and accept of me for the merits of Thy Son Jesus Christ….”

In his “Sunday Evening” entry, he wrote the following:

“Let me live according to those holy rules which Thou hast this day prescribed in Thy holy word … Direct me to the true object, Jesus Christ the way, the truth and the life. Bless, O Lord, all the people of this land.”

Other morning and evening prayers, each assigned a specific day, contained such invocations as: “Direct my thoughts, words and work, wash away my sins in the immaculate Blood of the Lamb” and “daily frame me more and more in the likeness of Thy Son Jesus Christ.”

Washington’s God was no impersonal force, no distant deity, no celestial clock-maker watching His creation wind down as deists believe, but a personal God, whose Son died on the cross for sinners. Washington’s God cared about people, watched over those who followed the example of Jesus, and played an active role in world events.

America’s greatest hero and first President was no deist, but a devout, Bible-believing Christian. “Thou gavest Thy Son to die for me,” wrote Washington, “and Thou hast given me assurance of salvation….”

In addition to his faithfulness to pray, young Washington was also diligent about reading the Scriptures, which he always kept near his bed. It was a life-long practice. According to those close to him at Mt. Vernon, he would get up at 4 a.m., spend an hour in his library, kneeling before a chair, a candle on a stand next to it, with an open Bible on the seat. Then again at 9 or 10 p.m., he would retire to the library for another hour of the same. He spent at least two hours a day in prayer and Bible study.

George Washington cannot be understood apart from his Christian commitment and worldview. His numerous references to God’s providential hand in the formation of our nation were not just rhetoric, but based on his understanding of Scripture and his personal experience. One of his exploits prior to the War for Independence illustrates his God-centered perspective.

During the French and Indian War, young Washington was appointed as a colonel and assigned to serve alongside British General Braddock in 1755. Braddock’s mission was to take the French Fort Duquesne (now Pittsburgh), located at the fork of the Ohio River.

Before George left, his mother called him in and tried to talk him out of going on this mission. He respectfully reminded her: “The God to whom you commended me, madam, when I set out upon a more perilous errand, defended me from all harm, and I trust He will do so now. Do not you?”

Gen. Braddock led this superior British force of 1,300 cross-country to engage the French. Washington tried to persuade Braddock to use his Indian scouts, as the French did, but Braddock was even more prejudiced against them than he was toward the Colonials assigned to his crack British regiments. Washington also tried to coach Braddock on Indian war strategy of hit and run, hiding behind rocks and trees, but Braddock believed in the civilized way of conducting war: drag along heavy artillery, line up in formation, and attack in waves.

Braddock paid no attention to Washington, seeing him as an upstart Colonial who had no cultivated understanding of the finer art of European warfare. Consequently, Washington’s warnings fell on deaf ears.

The result proved to be one of the bloodiest days in Colonial history. Braddock had a four-mile long column of soldiers and artillery trekking through the wilderness, and they walked right into an ambush. A hail of bullets tore into the British ranks, their Red Coats, a perfect target for the French and Indians who were hiding in the forest on either side, with the British column caught in the crossfire.

The whole British army was thrown into confusion while their unseen attackers picked them off. The ground was quickly littered with the dead and dying, horses panicked and tore off with their wagons, trampling the living and the dead. It was an absolute massacre — and young George Washington was right in the middle of it.

Remember, George Washington was at least 6-feet-3 inches tall and weighed 220 pounds, which were colossal proportions for those times and made for a huge target. Yet somehow, while carrying the general’s orders to the commanders in the field in the heat of that battle, Washington survived.

Testimony from the battlefield from friend and foe alike pointed to God’s intervention. One of his fellow soldiers testified: “I expected every moment to see him fall. Nothing but the superintending hand of Providence could have saved him.” Washington later reflected: “But by the all powerful dispensations of Providence I have been protected beyond all human probability or expectation; for I had four bullets through my coat and two horses shot under me yet escaped unhurt, although death was leveling my companions on every side of me!”

Indeed, over half (714) were killed or wounded, and only 30 men survived out of the Virginia regiment. Nearly one-third of the officers were killed, including General Braddock — who died some three days later from wounds received in that battle.

Who would do the funeral for Braddock? Colonel Washington, now the officer in charge, pulled out his copy of The Anglican Book of Prayers, and conducted a Christian funeral in the middle of a road during their retreat. In fact, throughout the duration of the French and Indian War, he tried desperately to get a chaplain for the Army. After one wasn’t granted, he became not only the commander-in-chief of the armed forces of Virginia, but their chaplain as well. For two years he conducted worship services for his men on Sundays.

Washington continued to bring his faith to bear on his role as the commander-in-chief of the American army and presidency. His biblical worldview permeated his public and his private life, as evidenced by his orders, his speeches, his conduct, his church attendance, his devotional life.

After a life full of public service, Washington declared in his Farewell Address: “Of all the dispositions and habits that lead to political prosperity, religion and morality are indispensable supports.” In other words the twin pillars that hold up the American government are Christianity and morality. Washington continued: “Therefore, in vain would that man claim the tribute of patriotism that seeks to subvert these great pillars.” Do not let anyone be called a patriot who tries to remove Christianity and morality from America — an admonition that needs to be heard in our day.

Indeed, before he became president, Washington sent a letter to the state governors that concluded with these words: “I now make it my earnest prayer that, God … would most graciously be pleased to dispose us all to do justice, to love mercy, and to demean ourselves with that charity, humility, and pacific temper of mind which were the characteristics of the Divine Author of our blessed religion (speaking of Jesus), and without a humble imitation of whose example in these things we can never hope to be a happy nation.”

So believed George Washington, the Father of our Country.
–30–
Kenyn Cureton is vice president for convention relations for the Southern Baptist Convention Executive Committee.