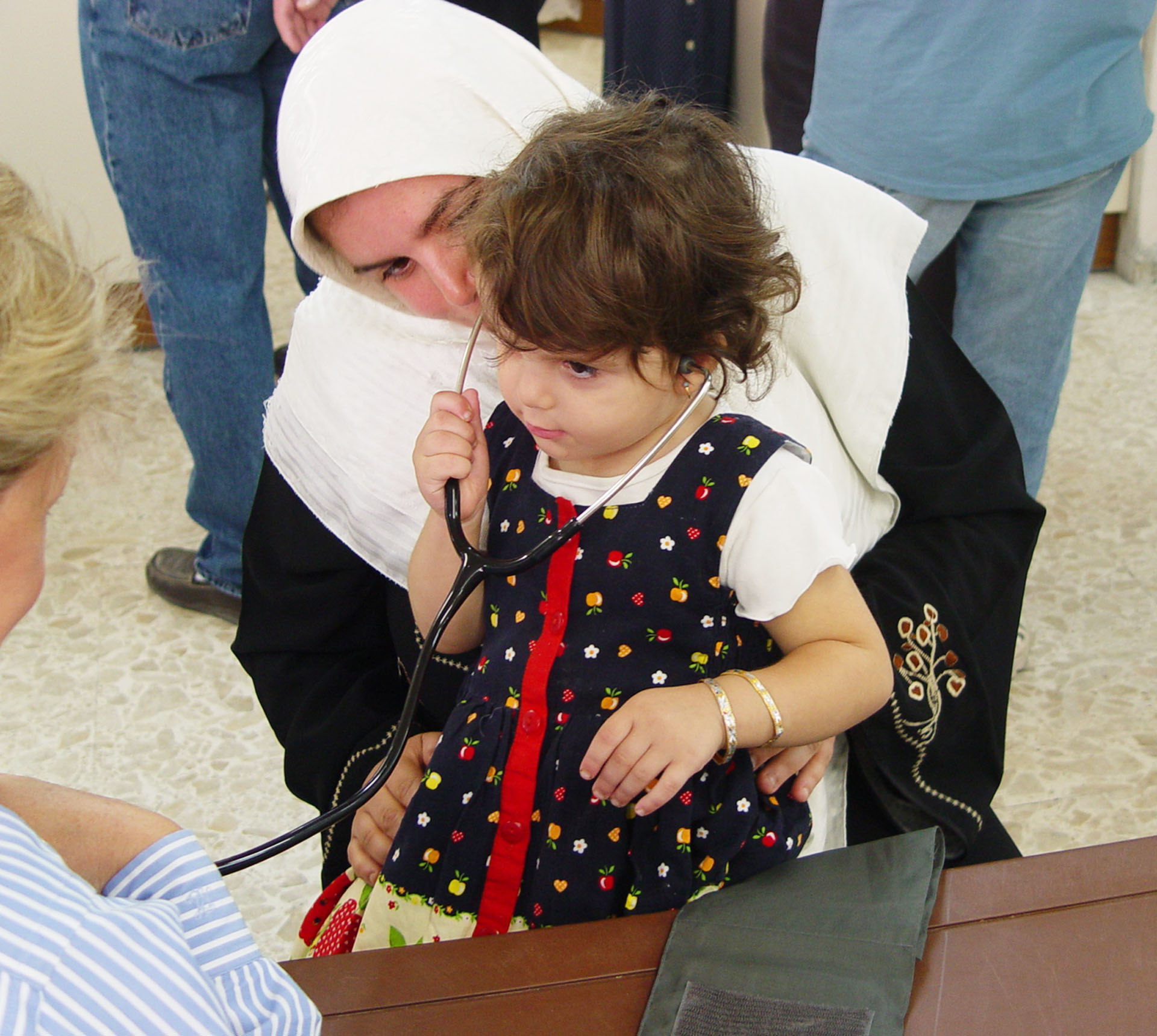 The workers originally were scheduled to go into Baghdad, Iraq, to begin delivery of 46,000 food boxes collected by Southern Baptists for needy families there. When security concerns diverted the team from Iraq to Jordan, Baptist workers in Jordan tried to arrange for a portion of the boxes to be delivered to some of the estimated 500,000 Iraqi refugees living there.

Difficulties with the between-country administrative red tape involved in redirecting the boxes, compounded by the closure of ports in the Middle East during the soaring temperatures in August prevented the team from being able to deliver any of those boxes to refugees in Jordan.

Sept. 7, the relief workers were able to visit some refugee homes, giving a limited amount of baby supplies and other assorted items they had either brought with them from the U.S. or purchased locally for the families. The workers also provided a nominal sum of money to the refugees for rent.

In one home, Daoud* said his family of four fled Iraq in 1999 after he began to fear for their safety. He has a sister who lives in the United States and has been offered work there. A taxi driver by trade, Daoud said he cannot work in Jordan where a legitimate visa typically expires after three months. Instead, he relies on his sister’s family to send him money for rent and food until he obtains a visa to be able to live and work near them in America.

Responding to questions by relief workers, Daoud said he is a Christian with an Assyrian church background. He asked for prayers for his two daughters, ages 3 and 1.

A relief worker from Texas told him he believes Daoud is a “good father.”

“I am honored,” Daoud told the worker through an interpreter. “You are my brother and because of that, my family is your family.”

At another home, Lillian*, who is an Orthodox Christian, said she has been waiting three years in Jordan since fleeing Iraq and she misses “everything” about being at home.

But that doesn’t mean she wants to return to Iraq. Explaining that their house had been “stolen” from them, Lillian said they had nothing to return for, and she and her husband wanted their three children to be safe.

Caring for her mother and children by herself, Lillian said her husband is in a western European country where he has been trying to obtain visas for her and the children. Though she did not describe her husband’s illness, Lillian said he was too sick to work. She relies on a sister who sends her money from a country in the West.

A Baptist worker in the region said there are many families in the same situation who are still afraid to return to Iraq and don’t anticipate ever going back there. The worker said the families’ lives are on hold and the future is uncertain.

The Baptist worker who coordinated the trip said Daoud’s and Lillian’s homes were mostly typical of Christian refugees in the area, but that the Muslims usually fared worse.

On one visit with a Muslim family the relief workers sat on mats covering the floor of a cement home without furniture. The family there had been in Jordan for three years and were used to going without food for days.

“It just broke my heart to see them like that,” one worker said.

Relief workers also spent a day at a location where Iraqi refugees and others who are too poor to afford regular health care received some basic medical attention.

There, trained medical workers took temperatures, listened to heartbeats, handed out medications and with others, tried to encourage the people and give mothers with babies some basic infant items.

A worker said one Iraqi woman who is hypoglycemic told the doctor her symptoms had not improved despite taking medication. The doctor asked the woman three times whether she was eating enough for the medication to work.

“There is not enough food,” the woman finally whispered. The worker reported that later the doctor made arrangements to follow up to ensure the woman would be able to receive basic nutritional items.

In another case, an Iraqi man who is diabetic was reported to have dangerously high levels of sugar in his blood. When the doctor asked him why he wasn’t taking his medication twice a day, the man said he could not afford to purchase the medication and that during the summer closure of the aid station, he had taken only half his prescribed dose to make the amount he had on hand last.

Sept. 10 the relief workers were set to purchase foodstuffs to deliver to Iraqi refugees in the poorest neighborhoods of Jordan on Sept. 11.

One worker observed, “What better way to show the grace and reconciliation of God than to bring help to those who — we perceived — had hurt us.”
–30–
*Names, locations and details withheld for security concerns. (BP) photo posted in the BP Photos Library at http://www.bpnews.net. Photo titles: LISTENING IN and MOM AND HAPPY BABY BLUE.