James Merritt has been a regular speaker at the biennial conference of the Global Church Network.

“Nothing is dynamic unless it is specific and when you set a specific timetable on any venture, it raises the level of commitment and motivation to get the job done,” Merritt, senior pastor of Cross Pointe Church in Duluth, Ga., told Baptist Press. “Obviously, we cannot control when the Great Commission will be completed, but we can certainly try to hit a target. You never hit a target you don’t set.”

More than 100 denominations and 60 nations were represented at the event Jan. 25-27 in Orlando, Fla., that drew more than 650 pastors onsite and thousands of online attendees, the Global Church Network (GCN) said in a press release.

The conference focused on FINISH:2030, the GNC’s mandate established in 2001 to complete the Great Commission by the 2,000th anniversary of the founding of the church.

Jeffress, pastor of First Baptist Church of Dallas, in a Thursday morning message encouraged pastors to avoid landmines that derail ministry and tarnish Christian witness. He pointed out the perils of becoming entrapped by silver, sloth, sex and self, crediting Chuck Swindoll with the alliteration.

“Don’t confuse God’s mercy with His tolerance for sin. Don’t confuse the two,” Jeffress preached. “Is your life, your ministry … about you, or is it about God? Is it about building your kingdom or building God’s Kingdom? It can’t be about both.”

Merritt has participated in the conference for the past 20 years of its biennial schedule.

“When I was president of the Southern Baptist Convention, I invited Bill Bright to come and speak and he was actually in the last stage of his life. He was accompanied by a dear friend and brother named James Davis who heads up this initiative and I have been asked to speak at it every other year for the last 20 years,” Merritt said. “It has always been a joy and a privilege for me to do so and to meet some fantastic pastors from around the world.”

Jeffress told Baptist Press that Christians need to reach as many people as possible with the Gospel as quickly as possible.

“While I’m not into setting dates (of fulfilling the Great Commission),” Jeffress said, “I believe that what we do need to do is to energize Christians around the world to share the Gospel. And that’s why I’m participating in this. My policy is I will preach God’s Word to anyone, anywhere at any time to help spread the Gospel.” 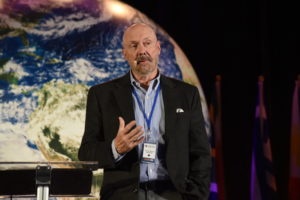