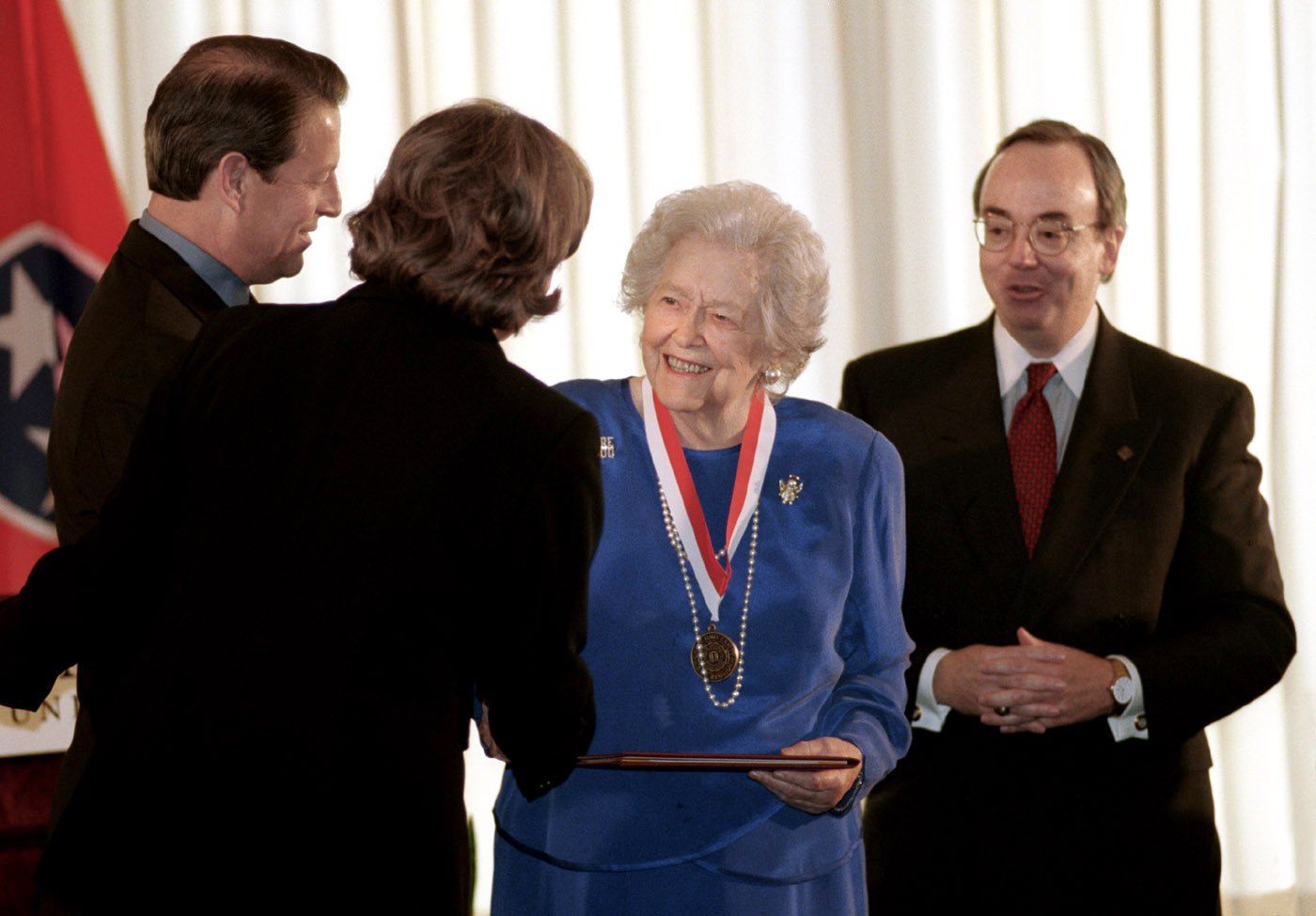 Pauline Gore is a former student at the 2,500-student Baptist-affiliated university, which was founded in 1823. Gore also is a native of Jackson, Tenn., where Union is located.

Al Gore attended the non-political event in honor of his mother and credited Union with starting his mother on the road to her life’s accomplishments. Also in attendance were the Tennessee Baptist Convention’s president, Jerry Tidwell, and executive director-treasurer, James Porch, who gave the benediction.

“As long as I live,” Al Gore said, “I will be grateful to Union University for starting my mother on her path in life to higher education, and for granting her the diploma she first worked so hard for 70 years ago.

“She has earned this diploma through a shining lifetime of love, leadership and service. I’m very grateful to you and I appreciate the honor you have extended to my mother today,” Gore said.

Pauline Gore, a member of New Salem Baptist Church in Carthage, Tenn., attended Union for two years, 1931-33, before entering Vanderbilt University’s law school in Nashville. For many years, she had expressed disappointment at not being able to complete her four years at Union and earn a degree.

At the time she attended Union, her blind sister Thelma also was enrolled, and she took notes and read assignments for both herself and her sister. After two years, she entered law school at a time when students were allowed to enroll in law school or medical school after only two years of undergraduate study.

“We are pleased that Union was able to serve as a foundation for Pauline LaFon Gore’s later academic success,” said Union President David S. Dockery. “Through her investment in her family and her involvement in civic affairs, she has served our state and our nation. Union University is pleased to have the opportunity, as part of this non-political event, to bestow a long-awaited degree in recognition of Mrs. Gore’s years of service to Tennessee and the country.”