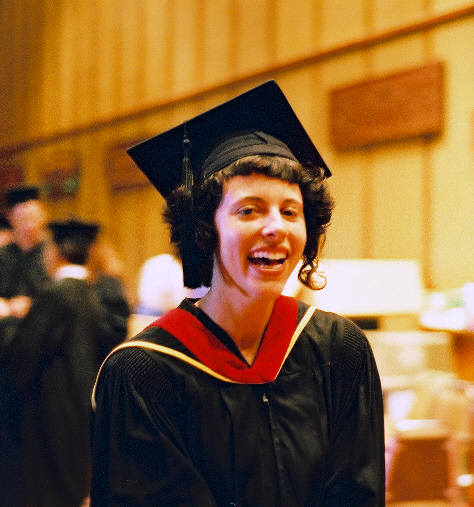 SAN FRANCISCO (BP)–When Bill Crews announced at the May 24 graduation ceremonies of Golden Gate Baptist Theological Seminary that there was one final exam left to take, there was murmuring among the 97 graduates.

“It’s the question that Satan asked of God when he came before the Lord to accuse Job,” said Crews, president of the Southern Baptist seminary. “It’s hard to believe that your final exam comes from such a source, but it does. Remember the question Satan asked? ‘Does Job serve you for nothing?’ That’s your question. Do you serve God because He has surrounded you with good things, like he did Job? Or do you serve God even when it seems He allows Satan to take away everything good in your life — your family, your friends, your health? Do you serve God simply because He is God?”

Crews continued, “This is the question before all of you, before all of us. You can pass this exam today and have to take it again tomorrow, and the next day and the next year. It’s a daily question: Do you serve God because He is God? I pray your answer is yes, every time.”

Twenty-five students earned diploma level degrees in the areas of pastoral ministries, Christian ministries, theology, church music, and Christian education. Among them were Samson and Rose Daniel, an older couple from Iraq who are church planters among Assyrians in Turlock, Calif.

Another 61 students earned graduate and post-graduate degrees, including the Master of Arts in Intercultural Studies degree, earned by five students.

David Dockery, president of Union University, Jackson, Tenn., spoke at the evening graduation ceremony and encouraged the graduates to “consciously question” their approach to ministry.

“New and more information is not always better,” he said. “All that is new is not necessarily better. Question your approach; make sure everything you do is grounded in Scripture first and foremost.”

Dockery urged the graduates to stay focused in their ministries. “The care of souls is the essence of the call to ministry. It is your highest calling. Do not forget that. Take care of the souls entrusted to you.”

“Through seminary, through having to balance school, church and family, God taught me how to stretch myself without stretching thin,” Ajimatanrareje told his fellow graduates during the ceremony.

Graduation ceremonies were held earlier for students at the seminary’s regional campuses in the Pacific Northwest, Southern California and Arizona.
–30–