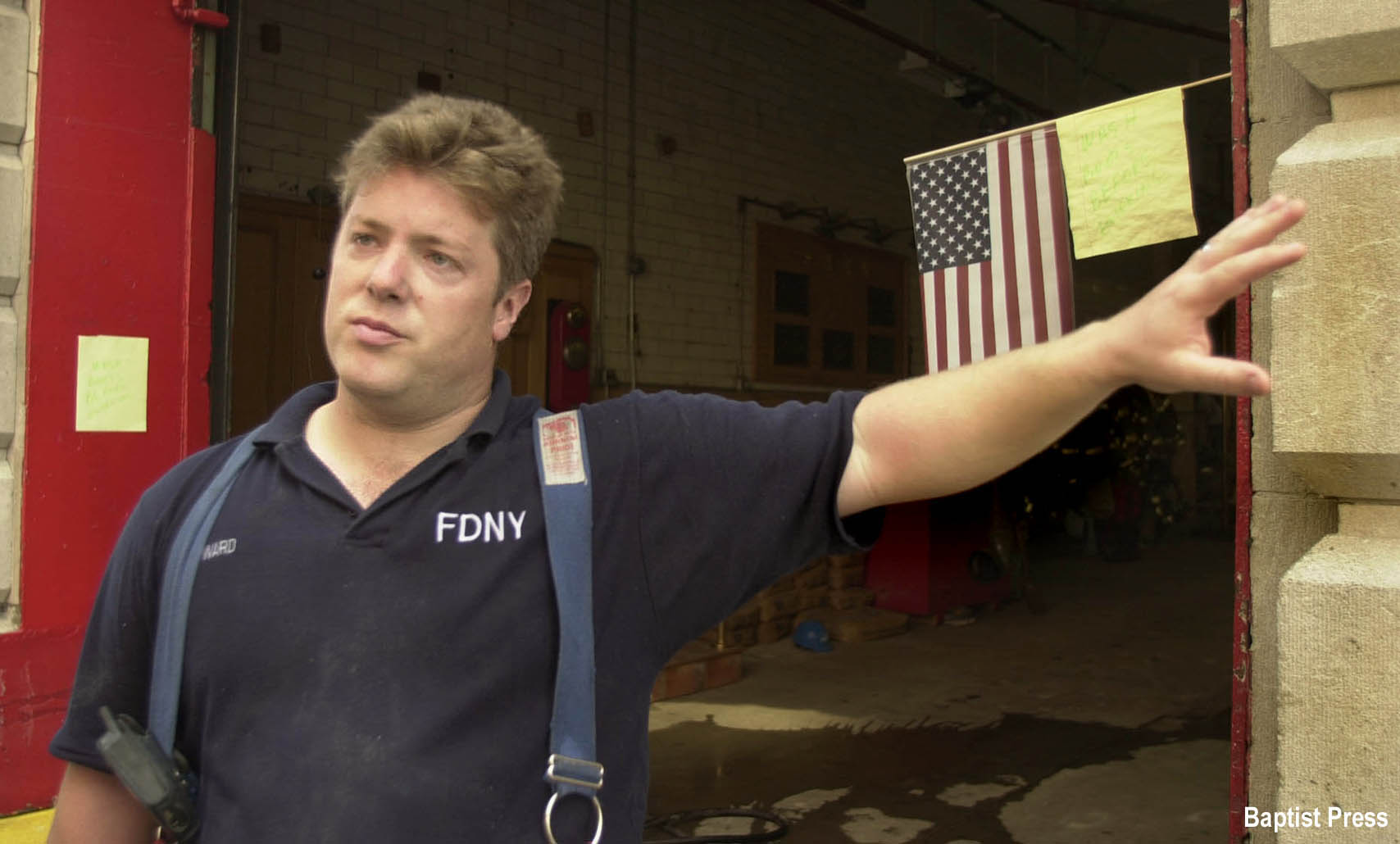 NEW YORK CITY (BP)–More than 200 firefighters from the New York Fire Department are missing in the aftermath of the Sept. 11 terrorist attack that leveled the World Trade Center. Battalion companies in every part of the city are dealing with the possible loss of firemen — many of whom were rescuing victims when the burning buildings collapsed. All except for one – Engine Co. 7, Ladder Co. 1.

The firefighters who call Engine Co. 7 home are a rough and tumble bunch of men and women who don’t back down from a fight — especially in their own backyard.

Amazingly enough, the fire hall that sat in the shadow of the World Trade Center didn’t lose one soul in the attack. And some firefighters don’t believe luck had anything to do with it. They believe it was a miracle from God.

“None of our guys died,” said Chris Ward, a firefighter from Long Island. “I thought all my friends were dead because they were in Building One.”

Ward, covered with ghostly white ash from the WTC ruins, washed himself off with a hose as he recounted the moments following the collapse of the tower.

“Everyone came flying out of the building,” he said. “People dove behind corners, under doors, and one guy even dove onto his rig [fire truck].”

Even when the rig was blown out from underneath him by the force of the collapse, Ward said the unidentified firefighter lived.

In the aftermath of the collapse, the fire hall lost all of its rigs, flattened and crushed by falling debris.

The married father of two children said firefighters used their hands and other tools to dig victims out of the rubble.

“It’s been terrible,” he said. “We’ve found bodies, body parts and even photos from office desks.”

Working 24-hour shifts, Ward said he hasn’t had time to dwell on the great loss suffered in the terrorist attack.

In the meantime, Ward and his fellow firefighters are giving thanks to their own safety.

“It was a total miracle that no one in our firehouse got killed,” Ward said. “That’s the only way to explain it.”
–30–
(BP) photo posted in the BP Photo Library at http://www.bpnews.net. Photo title: A MOMENT OF SOLACE.

The miracle at Engine Co. 7, in the shadow of the ruins