[SLIDESHOW=51378]BIRMINGHAM, Ala. (BP) — With “pursue” as the theme of the 2019 Woman’s Missionary Union Missions Celebration and Annual Meeting, the approximately 1,000 attendees heard testimonies of how God pursues His people.

The sessions were held on Sunday, June 9, at The Church at Brook Hills. This year, the Southern Baptist Convention’s annual meeting will be held in Birmingham, Ala., near the national WMU headquarters. On Monday (June 10), attendees had the option of participating in any of 131 missions activities throughout the area, a change from past years. Retiring missionaries Nik and Ruth Ripken, authors of “The Insanity of God,” thanked WMU for being part of their story through prayer.

“God pursues His people, even when they are in tough places. God pursues those on this (WMU missionary) prayer calendar, even if they are having a very bad day. But it takes your help,” Ruth said.

Ruth told of how in Somalia there was a group of 150 believers. All but four had been martyred until one day, the last remaining four were killed. Soon after, they’d received a list of another 150 names who were to be killed within the next two weeks.

With desperate hearts, the Ripkens personally called believers in America and asked them to pray. Nik told them, “They’re killing everything that we love and that love Jesus.” Their friend replied, “After 5 minutes of me hanging up this phone, there will be 25 people across America praying.” Hours later he informed them there were hundreds of people praying, then thousands. Within days, there were 10,000 American Christians praying for those being persecuted in Somalia.

And after 25 years of intense persecution, there were no more martyrs for the next five years.

That situation, and many others taught them many things, including how to be a “sheep among the wolves,” Nik shared.

“I think one thing that missions does for you and sometimes to you, is to get you inside the context of the Bible, when we’re so addicted only to the content of the Bible,” he said.

Nik left the audience with a word of exhortation: “Fear always chooses us. But in the midst of that fear, we can choose to trust and we can choose obedience to our Savior.” 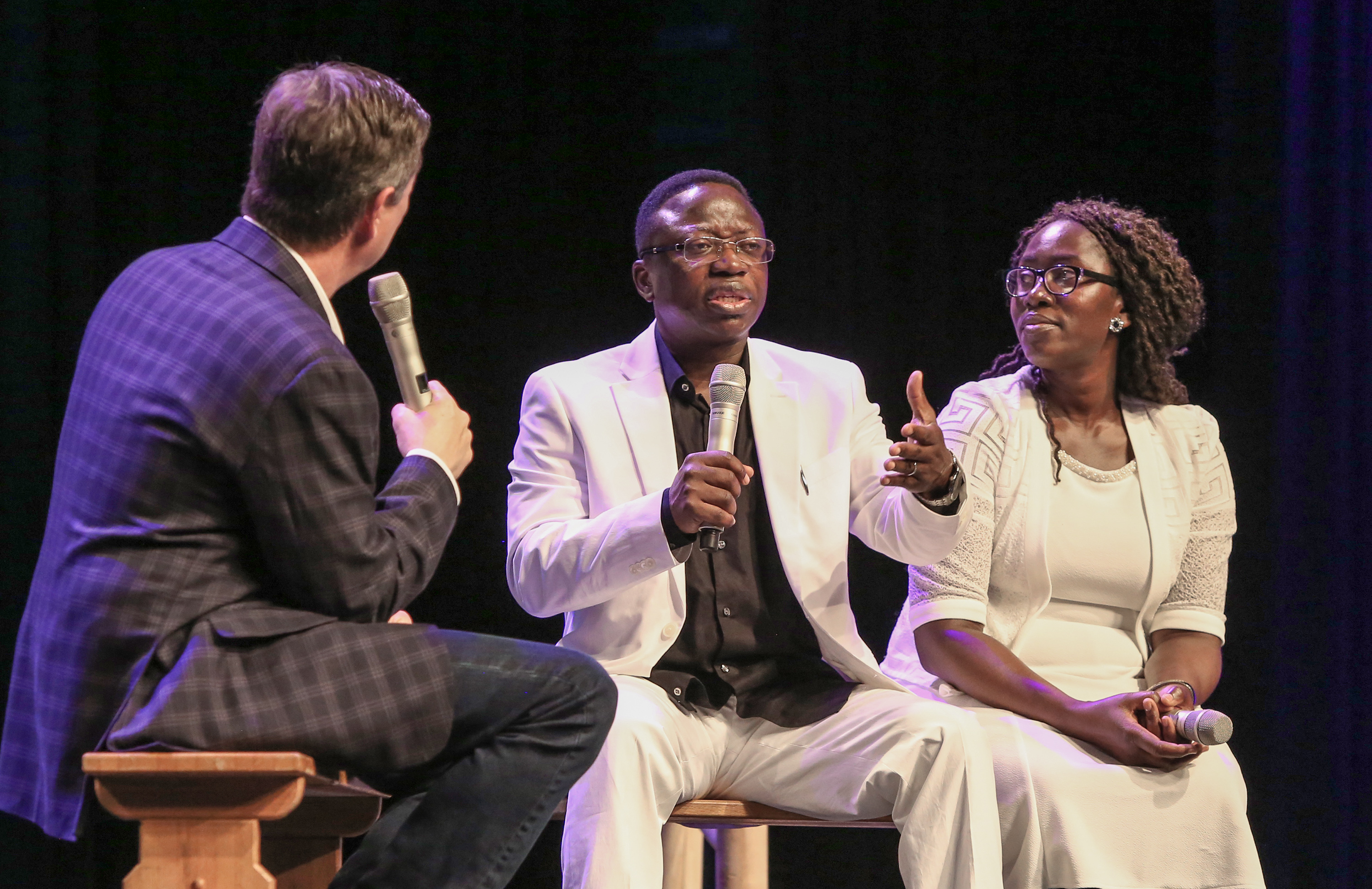 North American Mission Board missionaries Phillip and Jummai Nache, interviewed by NAMB President Kevin Ezell, shared about the work God is doing among Nigerians in Minneapolis. And International Mission Board missionaries, interviewed by the IMB’s executive vice president Todd Lafferty, shared about their calling, their struggles, and how God pursued them in their work among East Asian peoples.

National Acteens panelist Grace Cain shared her testimony of pursuit. “Pursuing God’s will doesn’t mean finding the one straight path that he laid out for me,” she said, “but testing every single one of my choices to what the Bible says.”

“I know that He has a path for me, and nothing that I do will mess that up. I am beautifully powerless in that instance, and I thank God every day for that,” she noted. “I am learning to chase after a deeper knowledge of God so I can live a life that pleases Him.” “As a Christ follower, above anything else, our primary assignment is to stay in a fresh relationship with our Savior — pursuing Him,” Cooper shared during her address.

She added, “It is then that we will hear His voice of direction and hear His words of wisdom and inspiration so that we can then pass it on to others. Our missionaries and many of you are doing just that — passing it on to others — as you pursue Him.”

In her address, Sandy Wisdom-Martin, national WMU executive director, challenged the WMU to “live like missionaries.”

“We strive to live our lives in such a way that we are on mission — on call as Christians — each and every day, 24/7. We are to live like missionaries in our own context and community no matter our age, limitations, situations, culture or spiritual development,” she said.

“We are to be relentless in our pursuit of Him,” Wisdom-Martin said, “and driven to carry out the assignments He has for us.”

EDITOR’S NOTE: Updated information was added June 13 in the first paragraph of this story after it was originally posted.

WMU challenged to ‘pursue’ as God has pursued them