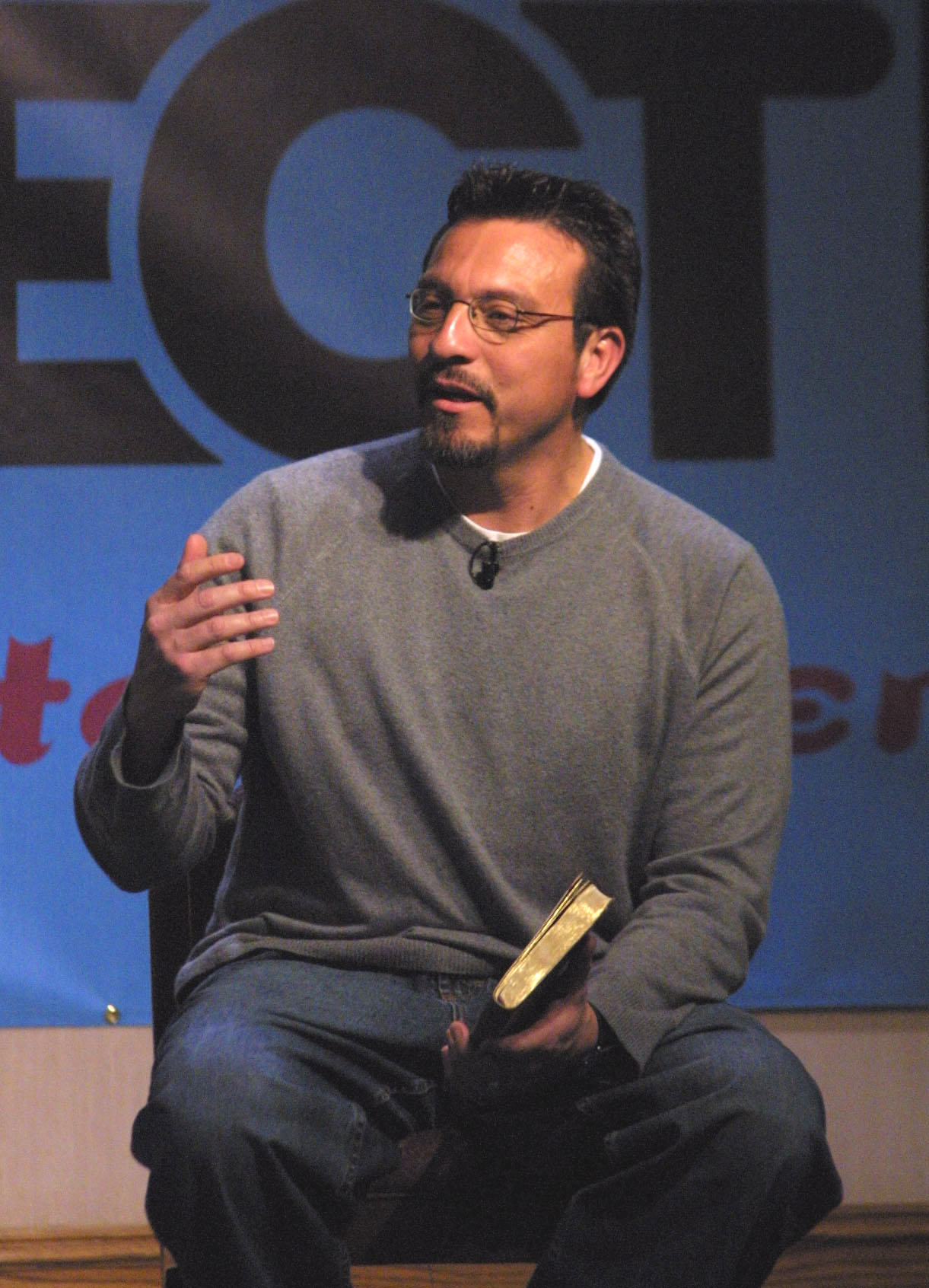 ONTARIO, Calif. (BP)–It’s not the message of Christ that is keeping young adults out of churches, but the church context in which that message is presented. That was the message of two California pastors who have been successful in reaching thousands of young adults and mobilizing them to reach others.

Ervin McManus, pastor of Mosaic, a Southern Baptist church in Los Angeles, and Matthew Brown, pastor of Sandals Church in nearby Riverside, were among the featured speakers at the April 10-13 Connection 2002 in Ontario, Calif. The conference — geared primarily toward small-group breakout sessions on a variety of church planting and evangelism topics — was the first of three regional meetings sponsored by the Southern Baptist North American Mission Board this spring for pastors, missionaries and other denominational partners.

On the conference’s opening night, McManus said that while the average age of his congregation is 24 and most of the growth is from new believers, there is no shortage of passionate Christians willing to step forward and assume leadership roles.

“If you’re looking for a place that brings comfort, safety and stability … this is probably not the right place for you,” he said.

Every member agrees to four expectations: live a holy life, be involved actively in ministry, live an evangelistic lifestyle, and give generously, with the tithe considered a minimum.

But with the high expectations has come high commitment. The church has averaged sending one adult a month into foreign missions service, and mission trips are routine around the world.

“One of the questions we get is how do you guys send out so many missionaries,” McManus said. “And I said if our church is full of missionaries then geography is really not a big issue.”

And while the conference itself served as an introduction to numerous strategies and resources available for church planting and evangelism, McManus warned of the dangers of thinking that those strategies in themselves are the answer.

“Eventually you realize strategies and structures … do not create movement [of God]; they simply harness movement,” he said. “Movement is shaped more by value systems and not by methodologies. That’s why no matter how many methodologies you teach your people, movement will never happen until there is a heart change in the people.”

He said it is becoming evident that the way churches have traditionally operated is simply no longer working well. One study found that only 4 percent of those born after 1977 are likely to accept Christ, and another survey found 90 percent of pastors are unhappy and would change careers if they could do so easily.

One reason, McManus said, is that pastors often face opposition when they start doing the things God wants them to do. McManus said in the earlier days of Mosaic’s transition from a more traditional Southern Baptist congregation, one of the leaders actually came to him and told him the church was becoming “too evangelistic.”

Stunned, he responded, “If you don’t like how evangelistic the church is right now, you’re going to hate this place a year from now,” McManus said.

“There is a battle taking place in the hearts of God’s people. And most of us as pastors spend our time going around the heart issues,” he said, out of fear for their jobs.

Brown said three years ago when the church had five members including himself God not only convinced him to continue but gave him a vision for planting 500 more churches like Sandals.

Today, the congregation averages 750 in attendance, another Sandals church plant in Mission Viejo has 200 and a third in Corona Valley that is only 10 months old had 850 in worship this past Easter. He admitted he can’t start all 500 congregations by himself, but he still believes God will help bring it about.

Brown said that 30 years ago a pastor upset the status quo in California when he began inviting hippies to church. They were responding to the gospel, but members complained that they got sand on the carpet so he ripped the carpet out of the church.

“I believe in my heart that California is ready for another movement of Jesus Christ, and I want so desperately to be a part of that movement,” Brown said.

Sandals does not offer something for everyone, Brown noted. But it is reaching those who have not found what they needed in the churches that do.

“Did you know that in the state of California we’re losing the next generation?” Brown said. “We may have already lost it. Our generation is so confused about the church, all the failings and the problems.” He added that he and his contemporaries grew up influenced by the scandals involving religious leaders in the 1980s, and the recent abuse scandals involving Catholic priests have only added to the problem.

Like Mosaic, Sandals reaches young adults by giving them leadership, not relegating them to a college department within a one-size-fits-all church. Sunday night services are established first, because students do not respond as well on Sunday morning.

But mostly, Brown said, it’s a return to the basics — to a generation that has largely no familiarity with Christianity because they were never raised in church.

“We’ve got to start selling people on the fact that they’re guilty before a holy God and that’s why they need Jesus,” Brown said. “This next generation is not going to buy the feel-good stuff. It’s not going to happen. You want to start a next-generation church with the Ten Commandments — because they don’t know them.”

Another key part of the church’s mission statement is “to be real with each other,” Brown said. That includes church members — even the pastor and staff members — being willing to confess their sins to each other without fearing rejection.

“All I want is to see California won for Christ,” Brown said. “But we’re not going to do it by beating them over the head with the Scriptures and saying, ‘You need to change and become perfect like me.’ We’ve got to say, ‘Why don’t you come on a journey with me as I follow Jesus, and as I engage with him.’ … “I’m telling you, folks, this generation is ripe for Jesus, so incredibly ripe,” Brown added. “Isn’t that what Jesus said? The harvest is plentiful, but the workers are few.”
–30–
(For more on Sandals or Mosaic visit www.mosaic.org or www.sandalschurch.com. Information on the remaining Connection 2002 events, planned for Baltimore and Atlanta in May, is available at www.namb.net/connection.) (BP) photos posted in the BP Photo Library at http://www.bpnews.net. Photo titles: REACHING GENERATION NEXT and MINISTRY, NOT COMFORT.