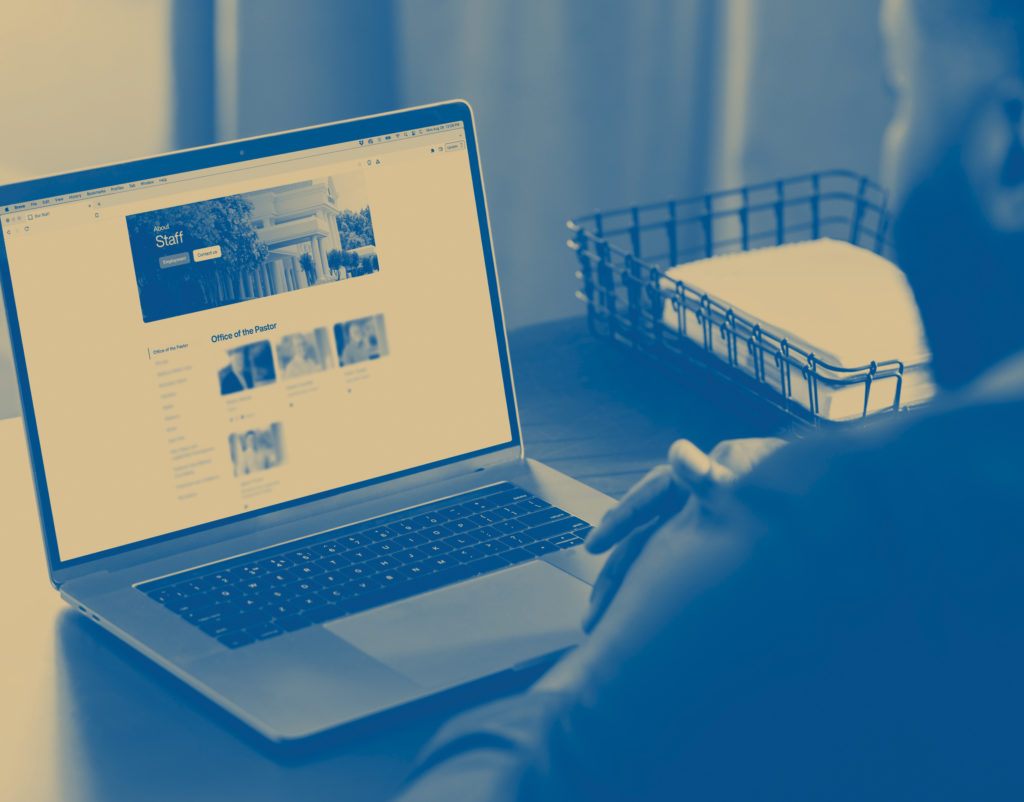 For generations of Southern Baptist churches, the term “pastor” had a clear and rarely debated meaning. He was the man who preached on Sundays and led the church throughout the week.

But with the rise of mega-churches inside and outside the SBC and the corresponding growth of church staffs, that simplicity has changed.

The National Congregation Study, released earlier this year, found that while fifty-four percent of churches were led by a “solo minister,” most churchgoers were in churches with multiple ministerial staff.

As the number of ministerial staff has grown in many Southern Baptist churches, a new question has emerged. What titles should churches give those in leadership? While no large-scale survey of Southern Baptist ministerial titling practices exists, interviews of a cross-section of Southern Baptist pastors show considerable agreement around the importance of using biblical language and the link between the role of the pastor and his authority in the local church, among other related topics.

Jonathan Leeman, who serves as the editorial director for 9Marks, a parachurch organization focused on what it deems are the biblical marks of a healthy church, notes that both the Bible and Southern Baptists’ statement of faith, the Baptist Faith and Message 2000, describe only two offices in the local church—pastor and deacon.

“Here’s why you want to use biblical language titles, like ‘pastor,’ because it insists that everybody meets the biblical criteria and qualifications set down by Paul, and therefore it protects the body from unqualified leaders,” Leeman said.

Leeman, who is also an elder at Cheverly Baptist Church in suburban Washington, DC, believes any leader described as pastor should have oversight over the entire church.

“What I would exhort all churches to do is to make sure that every pastor, every elder, whether staff or non-staff, number one, is understood to have oversight over the whole congregation, because that’s what he’s given by God,” Leeman said. “You don’t make him responsible just for his specific area of ministry. You can give him a specific area of ministry to emphasize and to focus on.

That’s fine, but you need to simultaneously recognize he’s still got to be involved in the decisions that involve all the [people].”

Leeman compares it to a household. A mother and father might split up household duties, with one parent taking care of home maintenance and the other paying bills, but they are both parents.

Juan Sanchez, who pastors High Pointe Baptist Church in Austin, Texas, believes all the roles in the local church can be divided into two categories.

The first category centers on teaching and oversight and is properly called a pastor. The second centers on service and is called a deacon.

Sanchez says this confusion goes beyond simply impacting multi-pastor churches. Many traditional Southern Baptist churches, he says, treat deacons as spiritual caretakers of the church, responsible for leading, feeding, and protecting the church.

“Deacons are simply servants set apart by the church,” said Sanchez, who is also an associate professor at Southwestern Baptist Theological Seminary. “They’re official servants of the church. Everyone serves, but deacons are set apart servants, recognized by the church for specific tasks. Then pastors are those who are responsible for the feeding, protecting, and praying over the congregation.”

AUTHORITY AND OVERSIGHT IN THE ROLE OF PASTOR

“The way we do it at Buck Run is those we designate as pastors, we mean by that everything that word means, that they are shepherds,” York said. “They are overseers. They have a shepherding responsibility in the church.”

She accepted the position with that in mind and grew the ministry.

Eventually, she recognized the ministry needed a pastor to children and families. She stepped aside when the church found a pastor to take that role.

“His responsibilities were broader,” York said. “His responsibilities were truly to shepherd and pastor. Her responsibility was making sure that we had children’s workers staffed and that our children were being taught the Word of God. But when we brought in a man, we tasked him with, ‘We want you to minister to these families. We want you to have a pastoral function in their family, so that they look to you as a shepherd.’ Whereas she sort of led from behind, she made sure that everything was done and that we had people in our rotation and all that, but she didn’t have a shepherding function. She grew it to the point where we needed someone to have a shepherding function over this ministry.”

Adam Pickard, who started Citizens Church in Kernersville, North Carolina, about sixteen months ago, says that his church outlines in its church bylaws and membership class a key differentiation between day-to-day staff and elders. Staff leaders are called directors, whether they are managing the church’s youth ministry, children’s ministry, hospitality, or another area of the church.

Currently, Pickard serves as the church’s only elder. But as it raises up new elders, they won’t hold staff positions.

“I would kind of be the go-between, assisting with the overall vision, leading the vision, along with the help of the elders, but also leading my staff team in the week-to-week operations,” Pickard said.

Mark Vance serves as the lead pastor of Cornerstone Church in Ames, Iowa, a Southern Baptist church that specifically prioritizes reaching college students and starting new churches near college campuses. The church has a full elder team of about twenty. A smaller group of eight to twelve (of which no more than half can be on staff) meets weekly as an elder council to provide direct oversight of the church.

“This is where I think the New Testament gives some flexibility,” Vance said. “It doesn’t mandate that you have to have an elder team that meets every single week, or your elder team needs to have twelve people. Those are local decisions. Those are function decisions. But they need to abide by the basic forms and ideas that the New Testament sets out. That’s where I think in Baptist life there are 40,000 different churches in different contexts with different histories. I think it can and should look different in local settings, but it needs to, in those differences, still have a common thread core that’s established by the New Testament.”

The terminology matters, Vance says. Every person the church calls an elder fits the qualifications of elder, as outlined in Scripture.

Daryl Jones, who pastors the Rock Church in Miami, also says the terminology of whom a church describes as an elder or pastor is critical.

His church describes leaders as ministers when they do not fit the qualifications for elder.

Jones specifically referenced a young man in his church who was training to be a pastor. While being trained, the church referred to him as a minister.

Because the young man wasn’t overseeing any ministry in the church or expressing any kind of authority within the church, the term pastor didn’t apply.

“I know that term [minister], biblically, could be a servant, a deacon,” Jones said. “It could be used a lot of different ways because it’s really about service, but we use that term, and we use it specifically to communicate this man is being trained in pastoral ministry, but he is not a pastor yet.”

York agrees that churches need to be careful when attaching the title of pastor to a position.

“If a church is not going to give someone pastoral oversight and authority, then I don’t think they should call them pastors,” York said. “I think they should call them directors. I do think the word minister is appropriate because that simply means a servant. We have all kinds of ministry in our church by both men and women, but that’s a different function from the pastor. I really think we need to protect the office and the function of the pastor.”

DEALING WITH GENDER IN CHURCH-STAFF ROLES

At the heart of the discussion about multi-staff churches in Southern Baptist life in recent years has been gender.

“At Bellevue, we have approximately forty other men who’ve been ordained as pastors,” said Steve Gaines, the senior pastor of Bellevue Baptist Church in Memphis. “They lead in various roles over various groups in our congregation. No woman at Bellevue is ordained as a pastor, because the New Testament never refers to a woman as a pastor.”

Instead, Gaines says, the church refers to male and female non-ordained staff as directors.

Vance notes the terminology of pastor is important, particularly because it relates to specific church functions.

“Some people say, ‘You have a woman who is a ministry director. We have one who is a pastor.

Isn’t that the same thing?’” Vance said. “My answer there is no. It’s not, because inside of the way that the New Testament has the pastor to function, the primary responsibility attached is the authoritative preaching of God’s Word.”

Vance doesn’t believe that this prohibits women from teaching in all contexts, but he says Cornerstone doesn’t have women preach and teach on weekends because of the sense of authority that comes along with it.

Despite recent controversies over how Southern Baptist churches use the term pastor, particularly as it relates to women in leadership, Sanchez believes there is an underlying unity within the convention on the topic.

“I just want to reiterate the fact that I think that most Baptists are genuine Bible-believers,” Sanchez said. “They’re faithful, committed to inerrancy. I don’t think most of them want women preaching. I think there’s a confusion, and it is rooted in our pragmatism. ‘Hey, if someone’s doing children’s work, they’re a children’s pastor.’ I don’t think that means they’re egalitarian. I just think it means we need to go back and understand from history, from Scripture, what a pastor is and what a deacon is, and then build from there.”