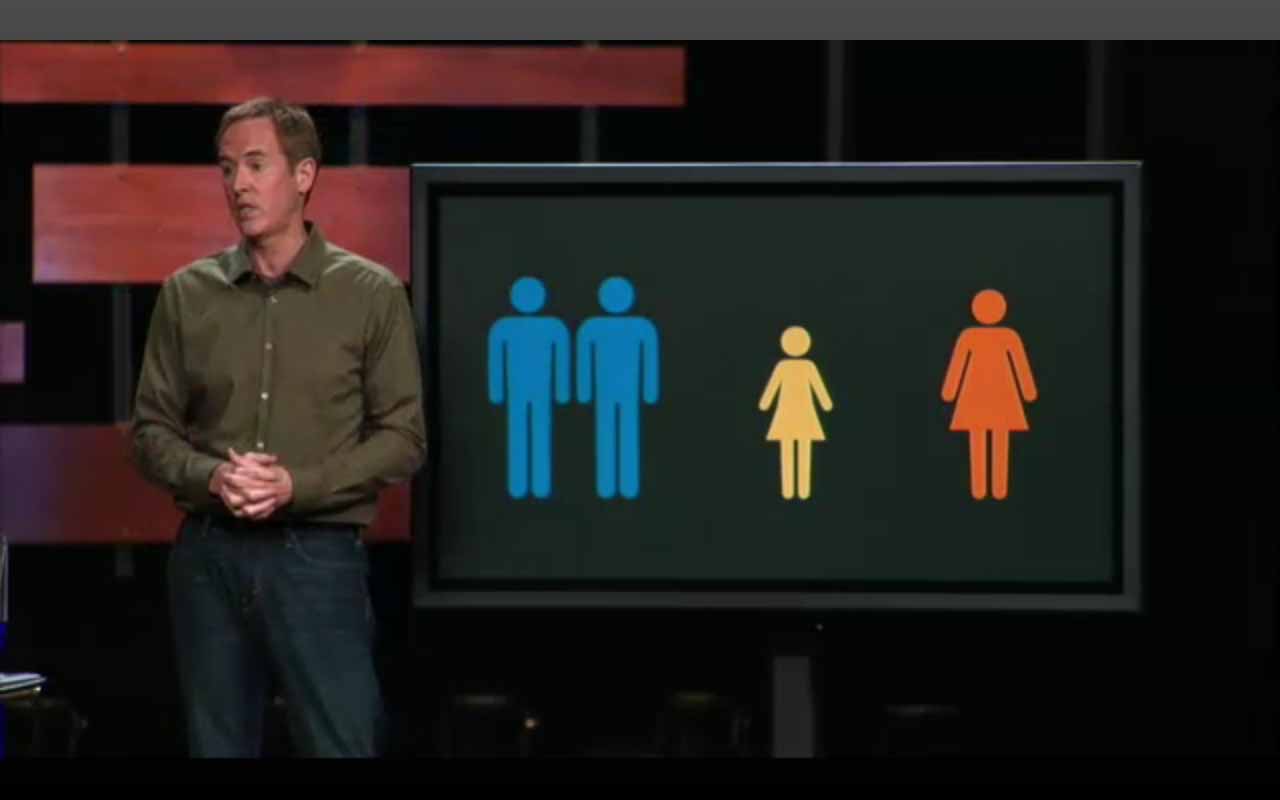 ALPHARETTA, Ga. (BP) — Megachurch pastor Andy Stanley is being criticized for a recent sermon illustration involving a gay couple in which Stanley labeled adultery, but not homosexuality, a sin.

Stanley preached the sermon April 15 which had been discussed on a handful of blogs in subsequent days before gaining wider attention May 1 when Southern Baptist Theological Seminary President R. Albert Mohler Jr. wrote about it on his website.

“The story was so well told and the message so well constructed that there can be little doubt of its meaning. Does this signal the normalization of homosexuality at North Point Community Church?” Mohler wrote of Stanley’s congregation, which is nondenominational and located in Alpharetta, Ga. “This hardly seems possible, but it appeared to be the implication of the message.”

Stanley’s sermon, titled “When Gracie Met Truthy,” focused on the tension Stanley said exists between Jesus’ teachings on grace and truth. The sermon was part five in a series on the meaning of “Christian.”

To illustrate that tension, Stanley — who has preached at the Southern Baptist Pastors’ Conference and is the son of Charles Stanley — told a 10-minute story about a husband and wife who attended North Point. The wife discovered that her husband was in a relationship with another man, and about six months later, Stanley said, the husband and wife divorced. But several months after that, the now ex-husband showed up at North Point — with his partner. Their presence together angered the ex-wife.

“She got in his face, and she said, ‘This is my church, you caused this problem. You can go to any church you want to in Atlanta, but this is my church. I need a … drama-free zone,'” Stanley said.

The gay couple did go to another church — Buckhead Church, which is one of North Point’s campus churches that shows Stanley’s messages on a large screen.

Stanley — who used graphics of stick figures during the sermon to illustrate his point — said he learned about the gay couple’s attendance at Buckhead Church during a conversation with the woman. She told him that not only was the gay couple attending Buckhead, but that they were serving on one of the church’s “guest services teams.”

“And so, I said to her, ‘He’s still married, right?'” Stanley recounted, referencing the ex-husband’s partner. “She said, ‘Yeah, the divorce has taken longer than they expected. It’s kind of getting dragged out.'”

Stanley then called the ex-husband on the phone.

“I called my buddy and said, ‘OK, I know things have been awkward between us, but look — and I’m glad you’re in church, that’s a good thing, and I’m glad you’re at one of our churches, that’s a good thing — but your partner, he’s still married. See, this is just good old-fashioned adultery. You’re in a sexual relationship with someone else’s husband.’ I said, ‘So you can’t be on a guest services team.'”

Stanley eventually met face to face with the couple. The couple also met with Jeff Henderson, who at the time was Buckhead’s campus director.

“Jeff said, ‘You’re married. This is just adultery. You can’t serve on a guest services team.’ Understandably, they left the church. And, you know what? If I were them and saw the world the way I saw it at the time, I would leave, too. Who wants to go to church that says, ‘Oh, we want you to come help us. … [But,] oh, you can’t help us.'”

The illustration is problematic, Mohler said, because Stanley seemed to be saying that while adultery is a sin and a barrier to service, homosexuality isn’t.

“The inescapable impression left by the account was that the sin of concern was adultery, but not homosexuality,” Mohler wrote. “Stanley clearly and repeatedly stressed the sin of adultery, but then left the reality of the homosexual relationship between the two men unaddressed as sin. To the contrary, he seemed to normalize their relationship. They would be allowed to serve on the host team if both were divorced. The moral status of their relationship seemed to be questioned only in terms of adultery, with no moral judgment on their homosexuality.”

Through Stanley’s assistant, Baptist Press requested an interview with or statement from Stanley, but was told that the illustration should be viewed through the context of the series. Earlier in the same sermon, Stanley mentioned that North Point and its campuses have gay attenders who have left predominantly gay churches.

Stanley said gay attenders tell him: “In the churches that kind of cater to gay couples, I feel like all they do is affirm my gayness. They really don’t teach the Bible. And I wanted more Bible teaching. So, Andy, I’ve come to your church, and to be honest, it’s a little scary for me. At times, I feel like I’m waiting for the other shoe to drop. At times, I’m wondering how welcome I am here. But I just don’t feel like I’m getting the whole truth at these other churches.”

“Given the volatility of this issue, ambiguity will be replaced by clarity one way or the other, and likely sooner than later,” Mohler wrote. “… What does Andy Stanley now believe about homosexuality and the church’s witness? We must pray that he will clarify the issues so graphically raised in his message, and that he will do so in a way [that] unambiguously affirms the Bible’s clear teachings — and that he will do so precisely because he loves sinners enough to tell them the truth — all the truth — about both our sin and God’s provision in Christ.”

Mohler added, “Biblical faithfulness simply does not allow for the normalization of homosexuality. We desperately want all persons to feel welcome to hear the Gospel and, responding in faith and repentance, to join with us in mutual obedience to Christ. But we cannot allow anyone, ourselves included, to come to Christ — or to church — on our own terms.”

Stanley’s illustration ended with the ex-wife forgiving her ex-husband, and she even hosted get-togethers that involved her, her daughter, her ex-husband and his partner. Eventually, she began dating a man who also had a daughter, and the get-togethers continued, with all six of them attending North Point’s Christmas service together last year.

Other bloggers also have expressed concern with Stanley’s message. One of those is Howell Scott, senior pastor of Bethel Baptist Church in Alamogordo, N.M., who wrote in an April 26 blog post that he has benefitted from Stanley’s books but has concerns over the illustration.

“After watching this message, I am confused as to how Andy Stanley would answer someone who is struggling with the sin of homosexuality,” Scott wrote. “Stanley is a master communicator and I can’t help but think that his illustration was designed to communicate a particular belief about how the church should apply grace and truth as it relates to the issue of homosexuality (although he went to great lengths to avoid mentioning homosexuality at all in his illustration). Jesus is full of ‘grace and truth.’ When the issues are blurry, we can afford to err on the side of grace. When the issues are clear — and homosexuality is one of those issues — then we cannot afford to sacrifice truth for grace.”
–30–
Michael Foust is associate editor of Baptist Press. The sermon can be watched online at http://www.northpoint.org//messages/christian/part-5. The portion in question begins at 24 minutes. The entire series also can be viewed at that link. The sermon also is available on iTunes under a search for “North Point Community Church.”