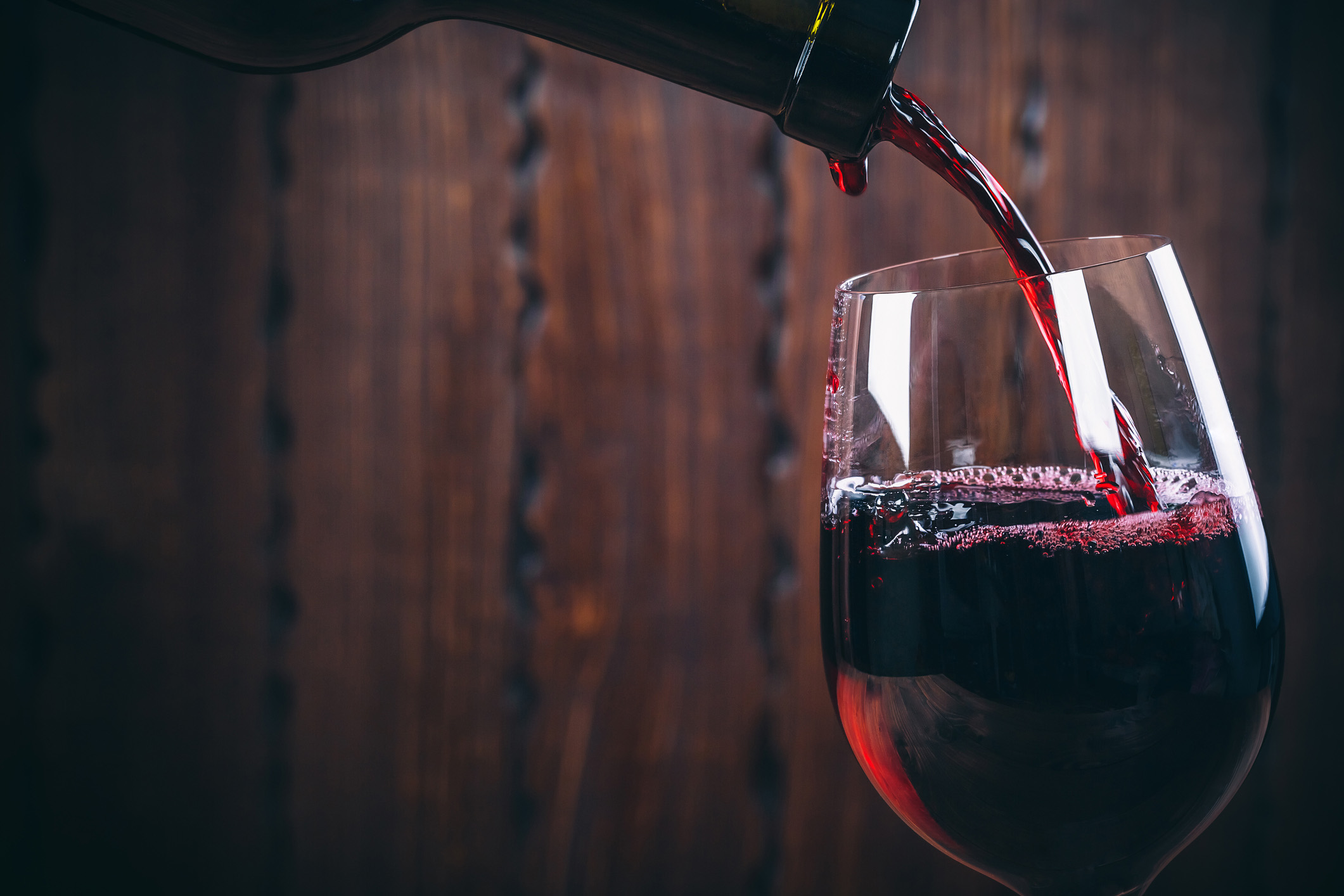 NASHVILLE (BP) — Amid a years-long battle with postpartum depression, anxiety and insomnia, a therapist gave Jenny Morrison what proved to be a life-altering suggestion: “Why don’t you try drinking a small glass of wine at night?”

When Morrison, a longtime follower of Jesus and Southern Baptist, tried it that night, “it made me sleepy and gave me almost immediate” relief “from the depression and anxiety,” she said.

For well over a century, Southern Baptists have opposed drinking alcoholic beverages, in part over concern for the destruction alcohol has brought to people like Morrison. Amid national discussion this fall of Supreme Court Justice Brett Kavanaugh’s youthful drinking and a mounting number of news reports on alcohol’s negative effects, the reasons for Baptist opposition to drinking have come to the fore.

Yet some cultural observers say the Baptist consensus on alcohol may be shifting.

Morrison’s struggle with alcohol came to a head when her husband and 8-year-old daughter returned home from a walk one day to find her passed out in a bedroom.

Even though doctors had told Morrison she might die soon from kidney and liver failure if the alcohol abuse continued, “that switch had flipped on,” she said of her drinking, “and there was just no turning it off.”

But her husband Tim had reached a breaking point.

He removed her from the house temporarily, then found a treatment center in California that could help her through both the addiction and her struggle with mental illness. After 31 days there in 2013 — accompanied by a sense of God’s presence and the prayers of her friends — Morrison came home sober. Aside from one relapse a month later, she hasn’t had a drink since.

“When I hit the hardest thing I’ve ever gone through in my life, I fell prey to” alcohol, said Morrison, currently a member of First Baptist Church in Hendersonville, Tenn. The therapist who recommended a drink at bedtime never knew what happened.

In 2006, the Southern Baptist Convention adopted a resolution expressing “our total opposition to the manufacturing, advertising, distributing, and consuming of alcoholic beverages.” Despite a lengthy floor debate in Greensboro, N.C., the resolution was adopted by what Baptist Press estimated as an 80-percent majority.

When the American Journal of Public Health published in 2015 a county-by-county breakdown of alcohol use in America, it caught the eye of Baptist historian Albert Wardin. He noticed that the journal’s color-coded map of alcohol use by county corresponded almost precisely to a color-coded map of the largest religious group in each U.S. county published in his 2007 book “The Twelve Baptist Tribes in the U.S.A.”

In majority-Baptist counties, the drinking rate was almost always lower than in surrounding non-Baptist regions — from an isolated county on the Nevada-California state line to a strip of counties in eastern New Mexico to a cluster of counties in north-central Florida.

“That’s my map!” Wardin told BP when the alcohol study was published.

Among the tweets, Hunt, the North American Mission Board’s senior vice president of evangelism and leadership, highlighted a study published Aug. 23 in the medical journal The Lancet claiming alcohol has no health benefits — contrary to the claims of previous studies.

In September, the World Health Organization’s Global Status Report on Alcohol and Health claimed one of every 20 deaths in the world results from “harmful use of alcohol.”

Evan Lenow, an ethics professor at Southwestern Baptist Theological Seminary, said Baptists’ historic view of alcohol is based on Scripture, especially passages in Proverbs and Ephesians.

“Ephesians 5:18 is the clearest and least controversial of the passages,” Lenow said in written comments. “In that verse, Paul clearly prohibits drunkenness. There is not a real debate on this prohibition in Christian circles. Paul considers this a vice. He also includes drunkenness in vice lists such as 1 Corinthians 6:9-11.”

Christians differ on how Scripture relates to alcohol consumption that stops short of drunkenness, Lenow said.

“Personally, I fully abstain from the use of alcohol,” he said. “I have seen alcohol destroy people around me, and I have no desire to inflict that pain on myself or those I love.”

With some exceptions, Southern Baptists have abstained from beverage alcohol since before the SBC’s founding in 1845.

The temperance movement, which advocated curbing alcohol consumption, grew out of the Second Great Awakening in the early 1800s and took root with relative speed among Baptists.

In 1832, the Charleston (S.C.) Baptist Association adopted a resolution expressing “pleasure” with “the progress of temperance, and of entire abstinence in the use of ardent spirits,” according to the association’s minutes. The association recommended churches “unite” in supporting “this good cause.”

“Early records indicate that students and faculty were expected to abstain from alcohol,” Mohler said in written comments. “Prominent Baptist layman Joshua Levering of Baltimore was chairman of the Southern Seminary Board of Trustees, and in 1896 he won the nomination of the Prohibition Party for President of the United States.”

Procurement of whiskey was a topic of conversation in 1870s correspondence between Southern Seminary founder James Boyce and fellow faculty member John Broadus, but the whiskey seems to have been used medicinally, Baptist historian Gregory Wills wrote in “The Southern Baptist Theological Seminary, 1859-2009.”

Like many Americans, 19th-century Baptists used liquor as a medicine for ailments from teething to tuberculosis. They also used alcohol for the Lord’s Supper before pasteurization and refrigeration made non-fermented grape juice commercially accessible in the late 1800s, according to a Ph.D. dissertation on prohibition by North Greenville University history professor Brendan Payne.

At least some Baptists apparently drank alcohol as a beverage.

A Feb. 14, 1884 letter from a Baptist layman to Kentucky’s Western Recorder newsjournal referenced a “vast amount” of drinking “in our churches.” Georgia Baptists’ Christian Index newsjournal, in its May 24, 1866 issue, published a recipe for strawberry wine.

“To one gallon of juice, strained, add two and a half pounds of sugar (no water),” the Index stated. “Let it stand in an open vessel twenty-four hours … When the fermentation is completed, stop tightly.”

Yet an Aug. 18, 1870 article in Virginia Baptists’ Religious Herald newsjournal seemed to represent the normative Baptist view of alcohol. The Herald claimed “total abstinence from intoxicating liquors, with certain limitations, is commended by expediency, the experience of multitudes, the opinion of many wise and good men, and by a fair application of certain scriptural principles.”

Total abstinence, however, was not commanded explicitly by Scripture, according to the Herald.

The SBC adopted its first temperance resolution in 1886, stating “that we, the members of the Southern Baptist Convention, reassert our truceless and uncompromising hostility to the manufacture, sale, importation and transportation, of alcoholic beverages in any and all their forms. We regard the policy of issuing government licenses for the purpose of carrying on the liquor traffic as a sin against God and a dishonor to our people.”

Southern Baptists, including Southwestern Seminary founder B.H. Carroll, led the charge for prohibition in state and national campaigns during the late 1800s and early 1900s. Their efforts paid dividends in 1920 when nationwide prohibition went into effect. It was repealed in 1933, but that didn’t change Baptists’ stance concerning the ethics of drinking.

Since at least the mid-1800s Baptists have held, Wills wrote, “that a minister who drank alcoholic beverages was disqualified to preach.”

Tennessee pastor Robby Gallaty urges believers to hold the traditional Baptist line. He wishes he had earlier in life.

Gallaty, pastor of Long Hollow Baptist Church in Hendersonville, Tenn., was raised in New Orleans in a culture where drinking was part of life. He started drinking alcohol at 15, became an alcoholic and was in his second attempt at treatment before he found sobriety — and Jesus.

Now sober for 16 years, Gallaty said he discusses alcohol in his preaching “all the time.”

“I used to think I could drink in moderation,” Gallaty said. “… The problem with me is that I never drank just to drink. I always drank to get drunk. The problem is the line between buzzed drinking and drunkenness is a blurry line, and so I abstain completely from alcohol.”

He added, “I’ve never met a person drinking who becomes more holy as a result of it. I have seen people destroy their lives because of it though.”

Despite alcohol’s dangers, Lenow suspects the Baptist consensus on alcohol may be shifting. As evidence, he cites the lifting of alcohol bans at two Christian schools friendly to the SBC: Moody Bible Institute in 2013 and Dallas Theological Seminary in 2014. He also recalls a conversation with the former pastor of a notable Southern Baptist church who spoke openly of his own alcohol use.

Following the 2016 SBC annual meeting in St. Louis, a convention goer wrote a blog post titled “Why Baptists Drink but Might Not Want You to Know It.” In the post, she recounted her attendance at a lunchtime panel discussion during the convention, at which a well-known Southern Baptist pastor referenced his alcohol use. The blogger said she also “has grown to enjoy a glass of wine now and then.”

Lenow’s conclusion: “I believe we are seeing a change from total abstinence to a trend of acceptance of alcohol among Southern Baptists. The emphasis has moved from warnings about alcohol to highlighting Christian freedom.”

Morrison, the wife and mother who fell prey to alcohol abuse, said “a whole lot” of her Baptist friends “drink socially.”

“They won’t do it at a sanctioned church function,” she said, but about half feel liberty to drink at a “get-together” with church friends and even post about it on social media.

Baptists & alcohol: Is the consensus shifting?