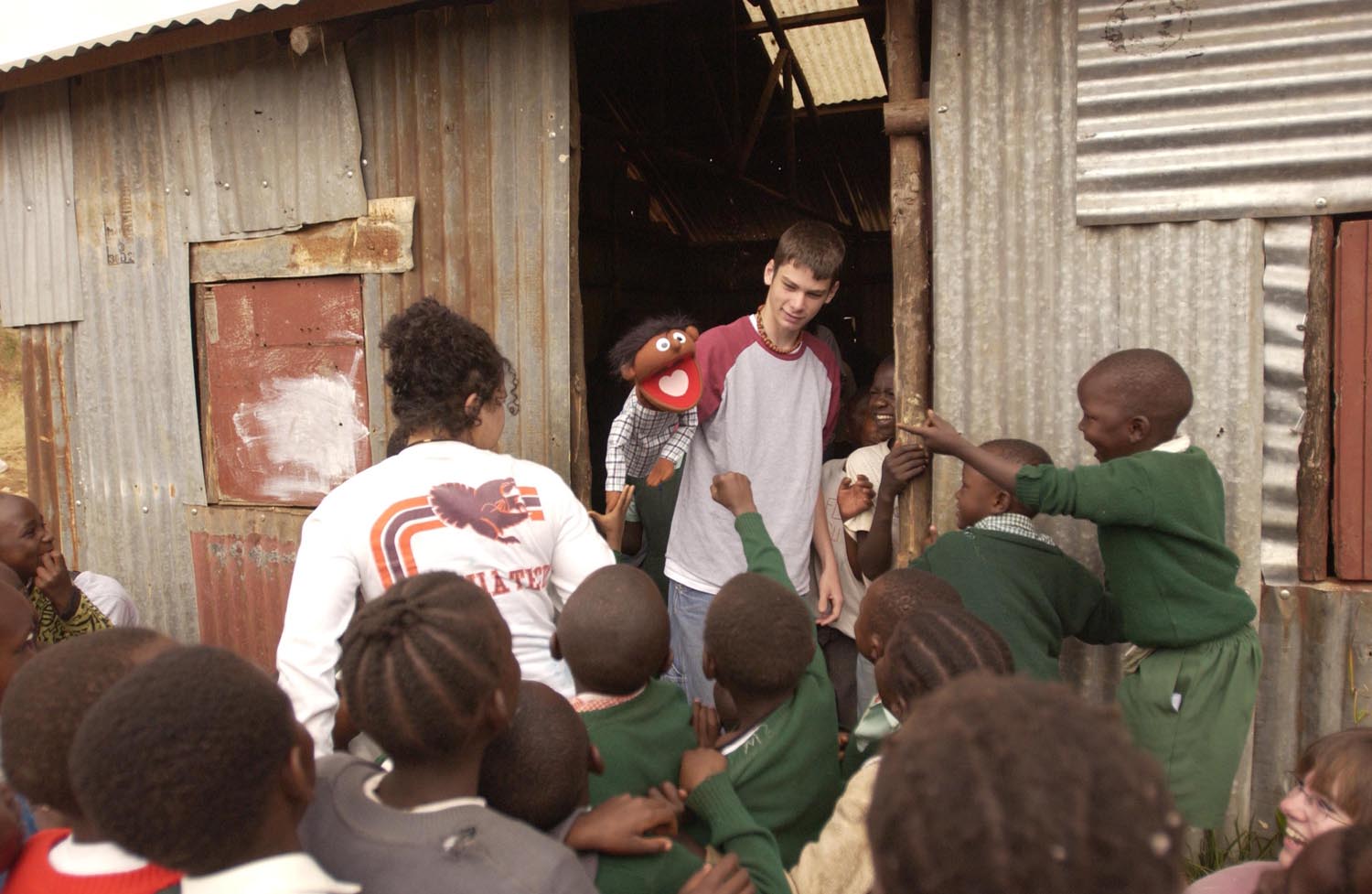 NAIROBI, Kenya (BP)–More than 50 high school and college students hit the streets of Nairobi, Kenya, this summer with plans to change the world through various mission projects. What they didn’t realize at the time was that their world was the one about to change.

Experiences ranged from eating with their hands to waking up at 4 a.m. to feed street children. The students also toured a Hindu temple, worked in the second-largest slum on the continent and conversed with African students who put their faith in everything from Islam to witch doctor magic.

“My world’s never going to be the same. I’ve done so much and seen so much,” said Leah Barrier of Decatur, Ala. “I’m taking in way more than I can ever give to the people here.”

Students from Virginia, Alabama, North Carolina, Washington, California, Louisiana and Georgia merged as one International World Changers group for 10 days. The youth organization introduces students to missions and uses projects to demonstrate how they can make a difference in the world through Christ’s love.

Kenya IWC project director Rob Cain said the event was unique in that students were involved in so many different ways.

“This project has many ministries to choose from and every participant gets involved in no less than five different projects,” said Cain, who is from Tuscaloosa, Ala. “We had ministries such as the traditional construction projects to prayerwalks and puppet shows. The wide variety of projects has really affected the kids. Their eyes have been opened to the world.”

Dimonah Jackson’s world changed when a 6-year-old girl who lives in the slums gave her a hug. That one hug was a real turning point in her life, the Clifton Forge, Va., student said.

“She hugged me so tight. I didn’t expect it to happen. Then the rest of the day she held my hand and wouldn’t let go,” Jackson said. “That impacted my life by showing me you need to have joy even if you don’t have very much to be joyful about. I could see God in that girl.”

One church the World Changers worked with was robbed just a few days before their arrival. The students painted the building and built benches to replace those that had been stolen.

Stephanie Wong of Sacramento, Calif., said the day she spent at the church taught her what it means to be a servant.

“This church was robbed before we got here. When we met the pastor and he was telling us about it, he wasn’t angry or upset. He was very calm and at peace,” Wong said. “He didn’t want to get back at the thieves, but wanted to pray for their salvation.

“He had so much faith. Seeing his faith in action showed me how much my own was growing just by being here.”

Josh McLin of Baton Rouge, La., said the poverty he saw each day broke his heart. At the orphanage where the World Changers performed a puppet show, the group had a chance to see how Kenyans cook beans and heat water on top of three stones with two sticks of fire beneath. Money for cooking gas is hard to come by.

“I pray that I always remember the lessons I have learned here about being joyful in the Lord.”
–30–
(BP) photos posted in the BP Photo Library at http://www.bpnews.net. Photo titles: MEET THE PUPPET, ENTERTAINING WITNESS, LOVING KIDS, FACELIFT, JUST ORDINARY PEOPLE, AT WORK and NEW ROOF. More about International World Changers: http://www.thetask.org/youth/IWC/default.htm