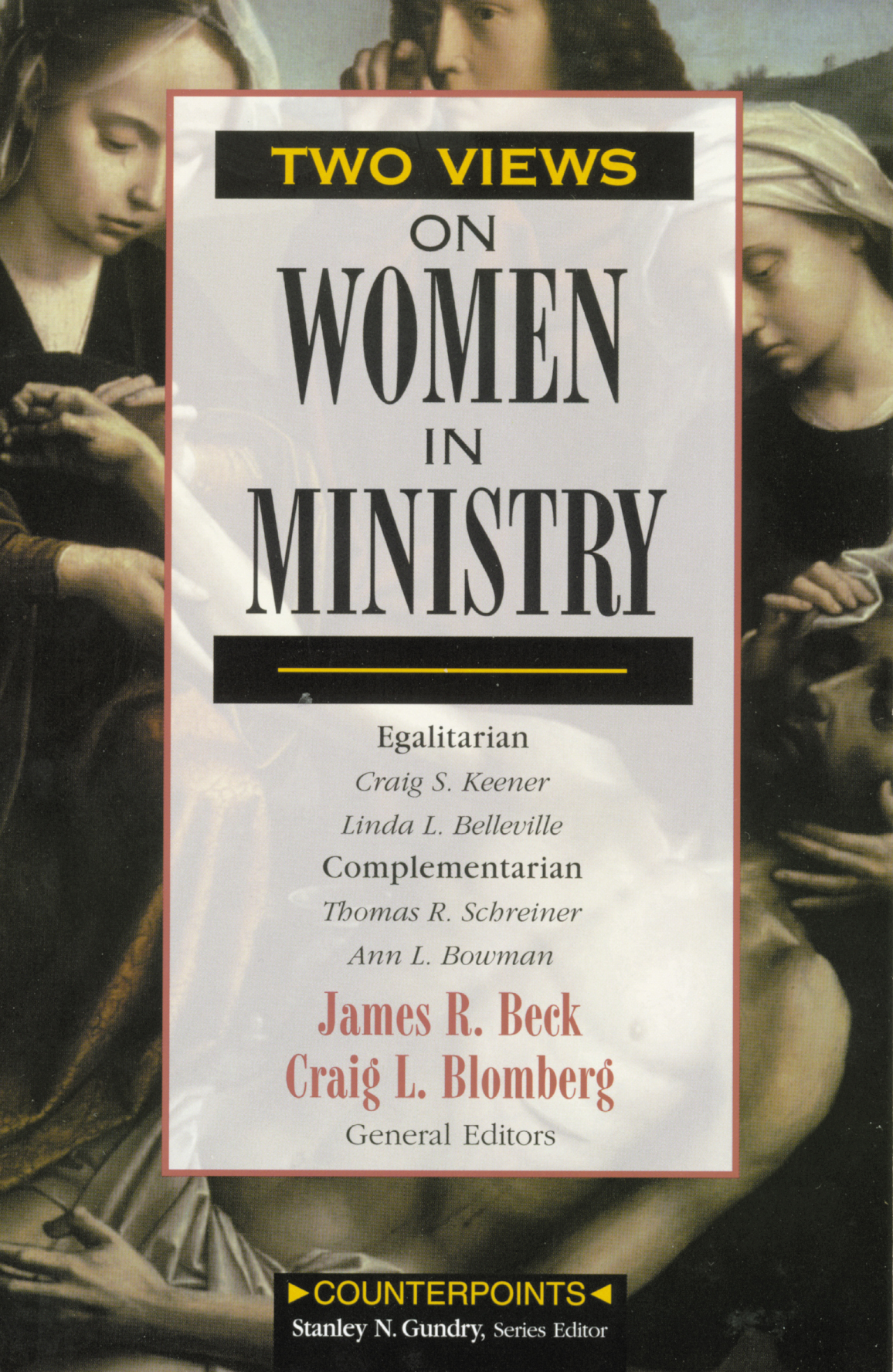 LOUISVILLE, Ky. (BP)–The doctrine of creation undergirds the biblical teaching limiting the office of pastor to men, a Southern Baptist Theological Seminary professor argues in a new book that analyzes the roles of women in ministry.

Thomas Schreiner, professor of New Testament at the Louisville, Ky., seminary, argues in “Two Views on Women in Ministry” (Zondervan) that the Bible clearly defines gender ministry roles and limits the office of pastor to the man.

Schreiner’s view, also called the complementarian view, proposes that while men and women are equal before God, they have different roles as defined by Scripture. In other words, men and women complement each other. This view is set forth in the Southern Baptist Convention’s statement of belief, the Baptist Faith and Message.

“Paul argues from creation in 1 Timothy 2 and also in 1 Corinthians 11, and I believe an argument from creation is transcultural,” Schreiner said. “In Romans 1:26-27 — and this issue is easier — Paul forbids homosexuality because it is contrary to what God intended in creation. In Matthew 19, when Jesus says that marriage was meant to be permanent, he bases his view of marriage on creation.

“I believe egalitarians have never successfully contested the argument from creation, and I don’t think that argument can be successfully opposed.”

The issue of gender roles in ministry became prominent in the SBC in June 2000 when convention leaders amended the BFM to reflect the complementarian view, limiting the office of pastor to men. Though the position appears overwhelmingly to reflect the ideology of mainstream Southern Baptists, Schreiner said the question will continue to be debated because feminism has informed the worldview of the younger generation.

“I don’t think it’s going to go away because the culture is opposed to where we [Southern Baptists] stand,” Schreiner said. “We have to continue to train each generation and to interact with those who disagree, because our younger people are immersed in the feminist worldview and it’s tough because what we say seems foreign to them.

“It’s going to seem strange to them as it did me as a 17-year-old in the 1970s the first time I read 1 Timothy. In [those days] feminism was young, but I was surprised to find such a statement in the Bible.”

The book is part of Zondervan’s Counterpoints series dealing with controversial theological issues by allowing proponents of every side to assert their position and interact with the views of others.

Craig S. Keener, professor of biblical studies at Eastern Baptist Theological Seminary, and Linda L. Belleville, professor of Biblical literature at North Park Theological Seminary, team to defend the egalitarian position in the book. This view argues that opportunities for ministry exist equally and without designation for both genders. Ann L. Bowman, assistant professor of biblical studies at International School of Theology, joins Schreiner in defending the complementarian case.

The most popular objection Schreiner says he hears against the complementarian position is that shutting females out of the role of pastor is tantamount to using Scripture in affirming slavery. However, the parallel between gender roles in ministry and slavery does not correlate biblically, Schreiner said.

“I get that question constantly,” he said. “People say, ‘If you believe that women should submit to male authority, then you must also be in favor of slavery.’ But I would argue that slavery is an evil human institution regulated by the Scriptures. The male/female relationship — marriage — is an institution rooted in creation and mandated by Scripture.

“So the two are not parallel. It is instructive to read in Ephesians about the relationship between husbands and wives and parents and children. The authority parents have over their children is God-given. Surely parental authority over children does not reflect an evil human institution. It is a transcendent institution and is transcultural, that parents have authority. So this is a common mistake that is made, and I think it is something we always have to answer.”

Schreiner points out that many roles exist for women in the church, including those of teachers and even — in some instances — deacons. Female deacons would be allowed in a church that is organized to place elders in positions of leadership and teaching and deacons in their biblically appointed roles of service.

“I think the biblical pattern we see [of church organization] is elders/overseers then deacons,” he said. “I do think that women can function as deacons. Most SBC churches are composed of only deacons, and in that case I don’t think it is wise to have women deacons. But to be a deacon is not to teach or exercise authority.

“Two things are said [in Scripture] about elders that are never said of deacons: Elders are to be apt to teach and they are to rule the church — manage the church as servant leaders surely. I don’t have a problem with a woman serving as a deacon [in a church with elders] because I think it is a ministry office of service and not of teaching or exercising authority.”

There are also numerous places in the church in which a woman can teach, such as classes composed of other women, youth and even special mixed-gender classes, he said. Offices such as music minister are ambiguous enough to allow women, though the title “music pastor” should be avoided, he said.

“I think women should be encouraged to read Scripture [in front of the church during worship] and pray. It is a good thing for complementarian churches to have women pray up front, to read Scripture and to sing. Most churches already do that, and they should. Some complementarian churches don’t encourage women to fulfill the varied ministry callings open to them, and we should work on encouraging women to fill the many ministry roles open to them.”
–30–
(BP) photo posted in the BP Photo Library at http://www.bpnews.net. Photo title: TWO VIEWS ON WOMEN IN MINISTRY.