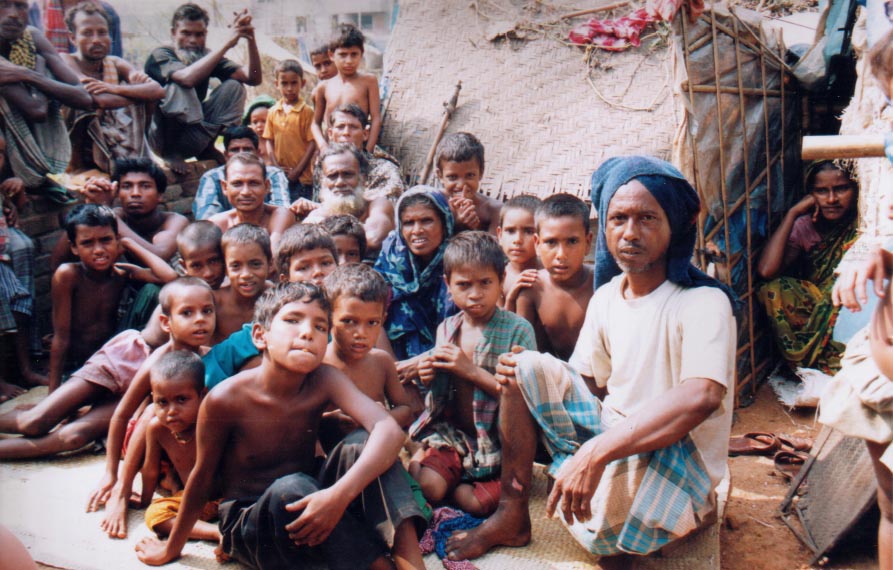 AMMAN, Jordan (BP)–Eric Stone’s mother always secretly prayed that someone from her family would forsake the white picket fenced American dream, choosing instead a life of missionary service. God answered her prayer when Stone obeyed the mission calling.

Now when Stone, a two-plus-two Southeastern Seminary missionary, steps outside of his apartment, he sees anything but a white picket fence.

“I see poverty all around me,” Stone said, a missionary to one of the world’s most densely populated countries in Southeast Asia “I see massive amounts of humanity all around me.”

With over 130 million people occupying a country the size of Arkansas, it is easy to understand why the streets are filled with garbage and shanty tents, which act as accommodations for the country’s homeless.

Stone’s world consists of over-populated city streets filled with free-roaming oxen, goats, and cows. It is a far cry from a white house and a picket fence — the typical American dream.

Yet Stone, who holds an undergraduate degree in civil engineering and a master’s degree in environmental studies, said he would not trade his work in Asia for anything.

“It is hard to keep track of what God is doing among the people of this region,” he said.

In just two and a half years, Southeast Asia has experienced a major movement of the power of God. Many new Christians now attend hundreds of freshly planted churches.

“We have also seen 500 believers in one area,” he said. “In different areas of this country, there have been pockets of spiritual awakening. I can think of eight off hand … .”

And 500 believers in just one area is quite an accomplishment since 88 percent of the population is Muslim.

This month, Stone held a Jesus Seminar and invited two Muslim representatives from 100 villages to hear the Gospel.

Invitations were sent through the mail and Stone said he trusted God to bring eternal results. Stone’s Christian national partner is a former Muslim leader, who became a Christian some years ago. “My partner was the first to speak at the seminar because he has a good understanding of the Muslim worldview,” Stone said.

Stone, who is fulfilling the two-year overseas assignment for the Master of Arts in International Church Planting at Southeastern, spoke at the Jesus Seminar, covering such Bible lessons as the parable of the farmer who threw out the seed and the creation account.

Beyond his work of traveling from village to village, Stone said God is showing him that the role he will play the next two years will be behind the scenes, discipling a few converted believers in hopes they will be the next national church leaders.

“We are also praying for ‘Jamaats,’ which means ‘churches’ in the local language,” said the seminary student.

However, churches can’t come before new believers. And with many of the lost ready to respond to the Gospel, there is an urgent need for missionaries in this area.

“The people of this area of Asia seem to be open within the last two to three years,” he said. “In Acts 17, Paul said God has established a pre-appointed time for the nations to seek [Him] and I can’t help but to think about Southeast Asia.”

It seems that the harvest is ready but the workers are few, he said.

Less than a handful of missionaries are currently stationed in this particular country. Which means the ratio of missionaries to unreached Muslim nationals is about one missionary for every 32 million Southeast Asians.

“Southeast Asia has one of the least amounts of missionaries sent,” Stone said. “And it really comes alive when you consider the population.”

“Yet, let me qualify this,” continued the missionary from Jacksonville, Fla. “There are great needs here, but people need to consider if this is what God is calling them to. They need to come in as learners … to see what God is doing. Understanding that Muslims have a different worldview. The heat is challenging, it is over-populated and westerners are often stared at. It’s not the easiest place to live.”

As far as this Southeastern student missionary is concerned, Stone expects God to do big things with this small, over-populated country.

“I pray that several ‘jamaats’ (churches) will be planted and that national leaders will be trained to be church planters. Personally, I don’t want to get ahead of God and that’s hard to do when so many things are happening.”
–30–
The name of the student is changed and the area is generalized due to reasons of security. (BP) photo posted in the BP Photo Library at http://www.bpnews.net. Photo title: SHARING CHRIST IN ASIA.